Premier League clubs must show understanding to players who do not wish to take the field due to concerns about the coronavirus pandemic or risk reputational damage, sports communications experts have warned.

England’s top tier football league is due to restart on Wednesday (17 June), with several players publicly expressing concerns about the risk of contracting coronavirus. It was revealed over the weekend that, in the latest round of tests, two players tested positive for the virus.

England internationals Danny Rose and Raheem Sterling have previously expressed fears about the threat of the virus, with Rose previously taking to social media to say he “doesn’t give a fuck” about the nation’s morale if returning meant placing lives at risk.

Watford captain Troy Deeney and several of his teammates delayed their return to training for the same reason. Deeney has since revealed he was the victim of “hurtful comments” for placing his and his family's health above football.

In recent weeks players have appeared more optimistic about returning to play, although two players tested positive to COVID-19 over the weekend, highlighting the need for clubs to proceed with caution.

It is against a backdrop in which players are called out on social media for choosing not to return to work if they perceive any risk of exposure to a disease that disproportionately impacts people from a BAME background and has already killed more than 41,000 people in the UK, according to official health figures.

PRWeek approached four sport communications experts to ask how clubs and the league should handle comms around players that may not feel comfortable returning.

David Fraser, founder and managing director of Ready10, host of a QPR podcast

If the COVID-19 pandemic has shown one thing, it’s that the old Bill Shankly quote: “Some people think football is a matter of life and death. I can assure them it’s much more important than that” – is funny, but total nonsense. Instead, I prefer how Italian manager Arrigo Sachi put it: “Football is the most important of all the unimportant things in life” . Now more than ever, football needs to know it’s place, the huge value and joy it can bring, but also not to be greedy or overstep the mark.

The game is at a pivotal moment where it has to decide: does it consider itself part of society, or above society? If it’s the former, then it must be very clear at communicating its priorities – helping with the national mission to minimise loss of life, safety of those who work within it, no sanction or pressure on those who don’t return to work, the safety of supporters and playing its positive role in society.

Football also needs to back its players – not by paying lip service to them, but rallying behind them and if they refuse to play. It also needs to take into account that no one club or set of players are the same.

It’s estimated that London has the highest rate of COVID-19 infections and that BAME communities are disproportionately affected – so when players like Troy Deeney of Watford and Tottenham’s Danny Rose (currently on loan at Newcastle) say they are reluctant to play, they need to be listened to. And by listened to, I don’t mean tolerated.

Like in all industries, leadership now is vital and those in senior positions in football must lead. That’s why the stand that Watford manager Nigel Pearson has taken in saying that he will not require any player to return who does not want to, is impressive. More should follow him.

The trade-off for comms teams will be balancing financial pressure from above with reputational pressure from the public. From a club perspective, the end of the season is where trophies and, more crucially, prize money is decided.

With club revenue being hit so hard recently, club CEO’s will want the best team on the pitch to get the best result off it.

However, if comms teams publicly come down hard on players who aren’t comfortable playing or training, it could blow up in their faces from a reputational point of view.

The pandemic has taught everyone the importance of health, so to be seen to be forcing or condemning a player who doesn’t feel comfortable risks going against the feeling of the nation.

The example of Troy Deeney’s refusal to train demonstrates this point. He refused because his son has breathing difficulties and has been widely supported by teammates and the public. Empathy will be the most important factor for comms chiefs to display. Find out the reasons why and demonstrate a caring and understanding nature in your comms, even if you’re under pressure from other parts of the club.” 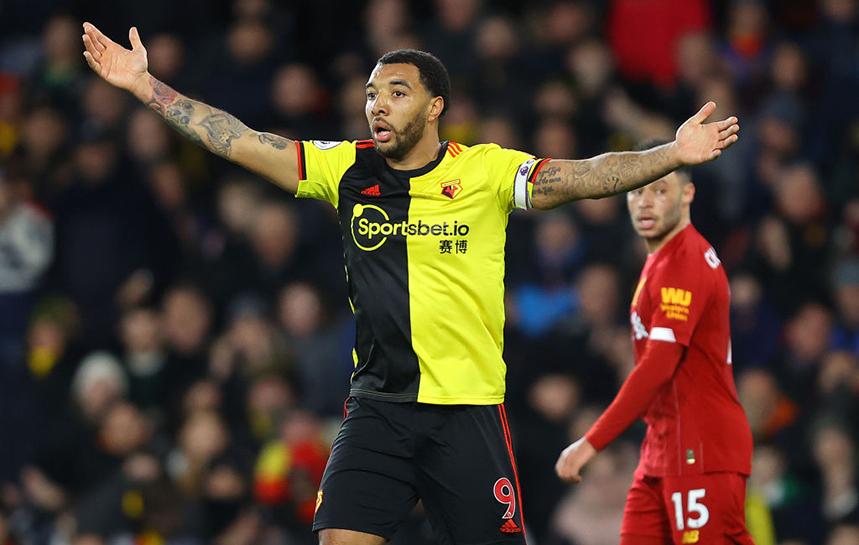 BAME males are said to have a higher risk of contracting Covid-19, so is it any wonder that Troy Deeney chose to stay away from training for a while after Watford recorded three positive tests and he has a son with breathing difficulties?

Likewise, N’Golo Kante’s family have a history of health problems, prompting him to miss official training when the Chelsea players returned.

It may be a cliché to say that these are unprecedented times, but what would any club gain from forcing a player to train or play when it may put a young son or wider family at risk?

It would be a reputational nightmare for clubs to criticise or punish players who put their health concerns ahead of training.

It’s interesting that neither Watford or Chelsea appear to have put out official statements noting the temporary withdrawals of the players, perhaps wishing to avoid attracting extra attention when there has already been plenty of social media trolling and accusations made in some media that highly paid sportsmen should be fined if they do not turn up for work.

Clearly this is a highly sensitive issue and one which needs to be addressed by clubs on a case-by-case basis and it’s a fine line between respecting the privacy of the players and giving them their backing in particularly difficult circumstances.

I’m expecting the players to play now. I think that discussion has moved on significantly.

The communications over recent weeks has been good and clear from the PL, clubs and medics to the players and managers. This, combined with the significant testing programme in place, appears to have allayed most fears previously made public.

Players are also more reassured by what they have seen in Germany with the Bundesliga.

If there are any individual cases where players choose not to play because of Covid-19 concerns, I believe clubs will be sensitive to this in their communications. They will be respectful.

I also importantly believe the football media will be sympathetic and respectful to them, as they were with Troy Deeney a few weeks ago when this became a public debate.

Subsequently, I don’t believe it will be a big negative PR issue for any individual player.

'An avalanche that can't be controlled': IOC urged to rethink Olympics protest ban