“Having a news outlet write something and give it that legitimacy, it resonates with readers and viewers,” says Audrey Cooper, editor-in-chief of the San Francisco Chronicle. “People really do take another level of appreciation for what is being told.”

Cooper, the first woman to hold the top editorial post at the iconic 155-year-old outlet, headlined the first of four events, presented by Cision as part of the Earned Media Rising Exchange.

The gatherings featured some of the most esteemed leaders in the media world – Cooper, Hearst U.K. CEO James Wildman and Forbes CEO Mike Federle, as well as some of the most respected figures in the comms world, including leaders from Bacardi, PwC and Pan Macmillan.

The final event in the series placed marcomms leaders from IBM, Edelman and Cision center stage to get very tactical about matters including the evolving PR-marketing relationship, the impact of COVID-19 on earned media activity, and more.

Throughout these events, the participants highlighted their key findings and sentiments. See what they had to say below.

•What data and analytics have meant to the media
Data helps sustain the newsroom and it makes people smarter about the communities they live in. We have the coolest data now to be able to track that in real time. We can track what our subscribers, prospects and the general audience is reading. How we play with social media, placement, even on mobile web versus app. We finally have a way of giving people what they want that’s not just a hunch.

•The keys to meaningful content – from a consumer perspective
It’s 1000% about context. I always tell interns: The difference between something we will or won’t cover is whether or not it provides context to a broader story. And especially during chaotic times, providing that context with nuance is really important.

•Support your local journalists
The current state of media is not due to fewer people reading outlets such as ours. We have 35 million unique visitors a month on all our platforms. If they want engaged societies, corporations have a responsibility to step up and support our brand of journalism. 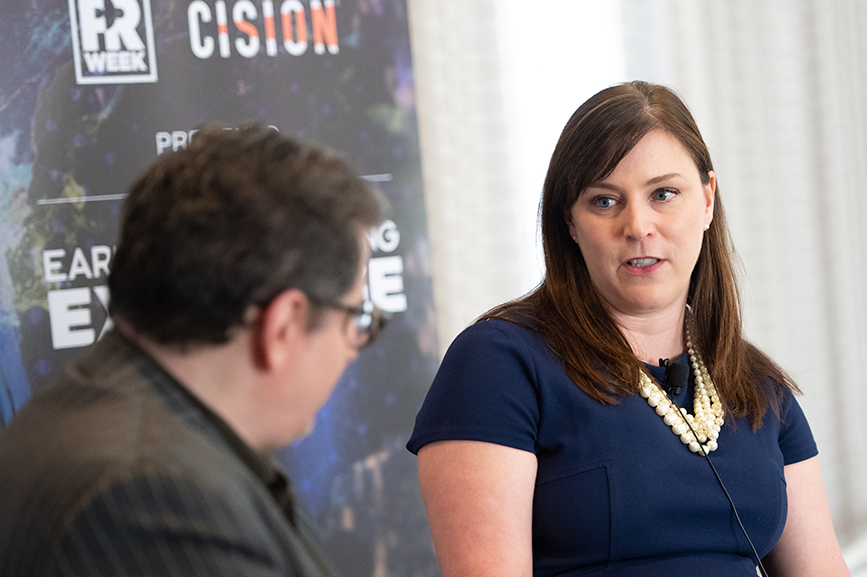 "We have tools now to be much more audience-centric," said Cooper (r) in a fireside chat with PRWeek managing editor Gideon Fidelzeid (photo by Josh Edelson)

•Media as antidote for common malady
As media fragments, the mistrust, distrust, and anxiety grows among the public. The media business, particularly outlets that have earned solid reputations over time, become ever more important and valued because of that differentiation.

•Evolving audiences – personified
I recall recently witnessing a focus group. There were two 15-year-old girls that didn’t know Cosmopolitan was a printed magazine, but engaged with its content every day. Cosmopolitan is the biggest brand on Snapchat Discover. It reaches a million Millennials a week just on that platform. That perfectly captures the new reality in which the media business operates. We have to think about the whole ecosystem and how our brands live on different platforms.

•New conversations, new partnerships
Our conversations with PR are now a much more sophisticated, 360-degree type of communications. We don’t just talk about brand involvement in print or digital. We talk about amplifying via social media or events. The dialogue is a lot more mutually valuable. It’s a real partnership. 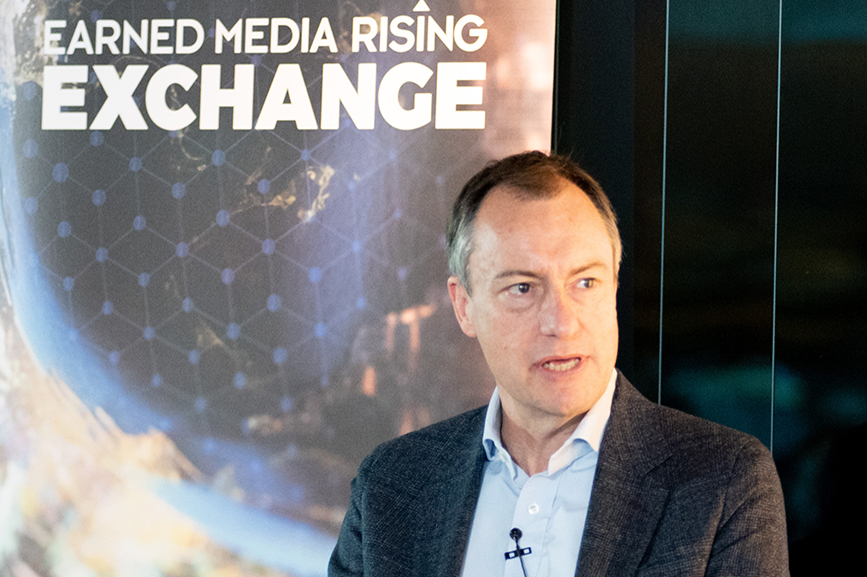 "Platforms change. Audiences evolve. But what hasn't changed is how important and influential content is to consumers,” explained Wildman (photo by Marta Demartini)

•Jedan
-Fernando Machado, CMO at Burger King, once said “PR is the dollar multiplier.” PR can strategically take what others are doing and create a bigger story around it so that people talk about it for longer.

-There is a big difference between what brands want to say and what people are talking about. Where you meet in the middle – that’s PR’s magic. That’s why earned media is rising.

•Masters
-Digital has made it so much easier to get messaging out into the marketplace, but it’s that last mile that’s now the hardest thing. What is the impact of that and how do you measure it?

-In terms of relationships, whether it’s journalists or a whole new series of people we see as influential, we now actually go into their offices and vet people during the day. We’re engaged directly with ongoing discussions.

-The internet has taken away the need to remember anything. You want to be findable. Do something that people can return to. Always think about the action you want to create out of content because that’s much more likely to happen.

•Bravo
-We look at where the authenticity of earned media will pay dividends and then we look at how our social platforms, partnerships, and events will link those pieces of paid and earned activity together so you have these really long-lasting campaigns.

-Think about what the new consumer wants – not by demographic, but by what they are doing in the moment and how we reach them there.

-I was really interested to see in the Global Comms Report that the micro-influencer is increasing in importance. We have found engagement much higher from them than a massive celebrity high-five that lasts one second on Instagram. 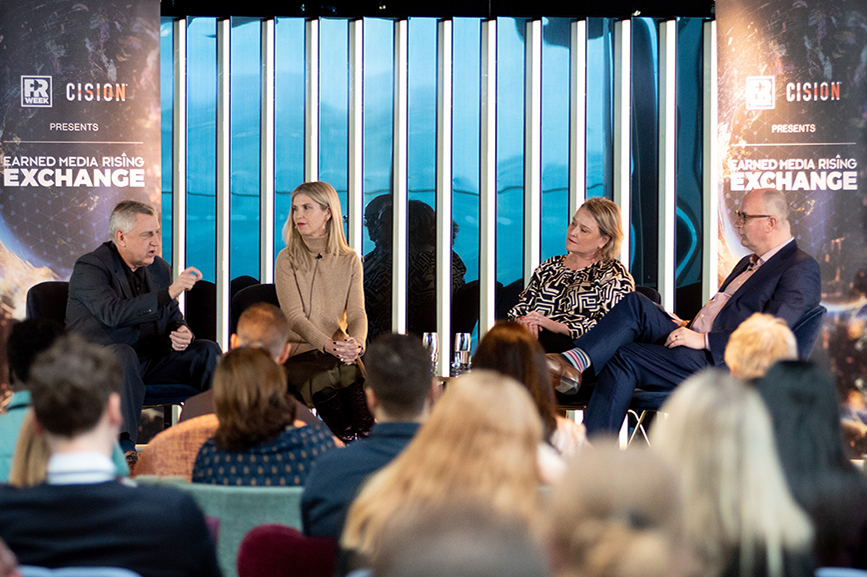 Editor’s note: A third and final event was slated for March 19 in New York City. However, it had to be postponed due to COVID-19. The series’ momentum could not be stopped, though. As such, Cision and PRWeek pivoted and converted that one in-person gathering into a pair of exciting virtual events.

During this exciting one-hour fireside chat, the leader of the iconic media brand discusses a myriad topics including:
-The power of authenticity
-Reaching the under-30 demographic
-The impact of COVID-19 on content
-Brand messaging with a purpose
-The evolving brand-consumer relationship 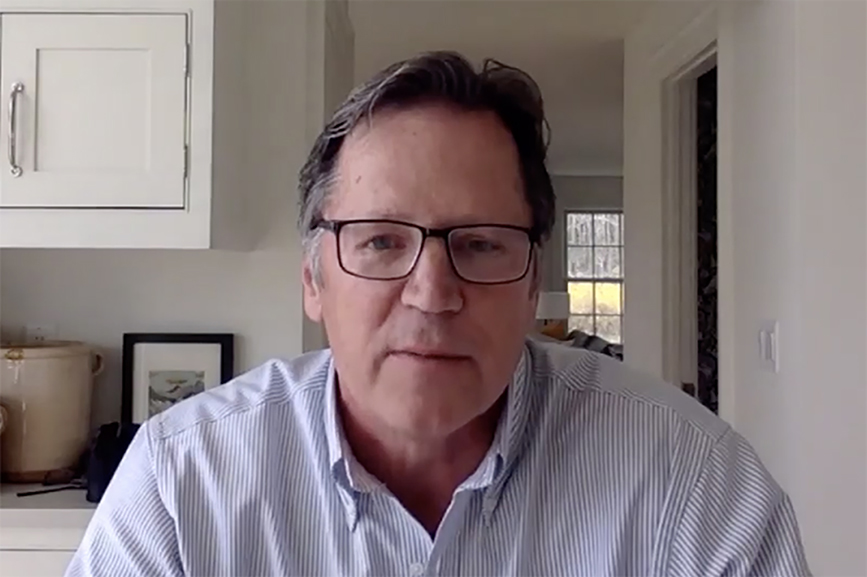 "The under-30 audience will teach you to accept not being able to control everything." That was one of many lessons shared by Federle on the May 6 webcast

This one-hour panel tackled topics including:
-Why and how to establish a measurement framework
-Comms’ evolution from “what?” to “so what?”
-The benefits of comms-marketing integration
-A first-hand example of how earned media drives sales 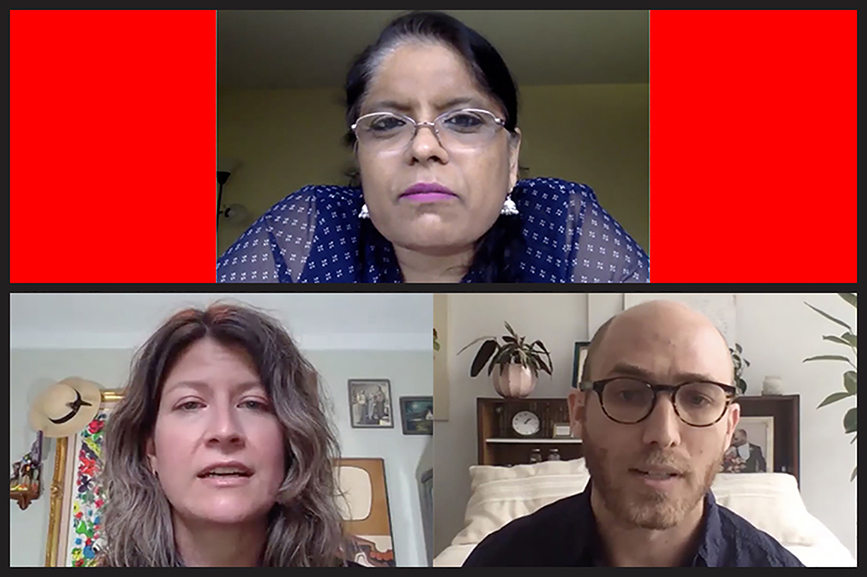 The May 20 webcast featured (clockwise from top) Menon, Gilpin, and Tweed.