Chinese tech brand Huawei has launched a newspaper ad campaign as part of a fightback to retain its role as a provider of 5G mobile networks in the UK.

Huawei said the full-page ad, published "across the media", outlines its commitment to bring fast, reliable mobile and broadband networks to the country and help the UK achieve its "gigabit broadband" goal. The company is also stressing its commitment to the UK in the past 20 years. 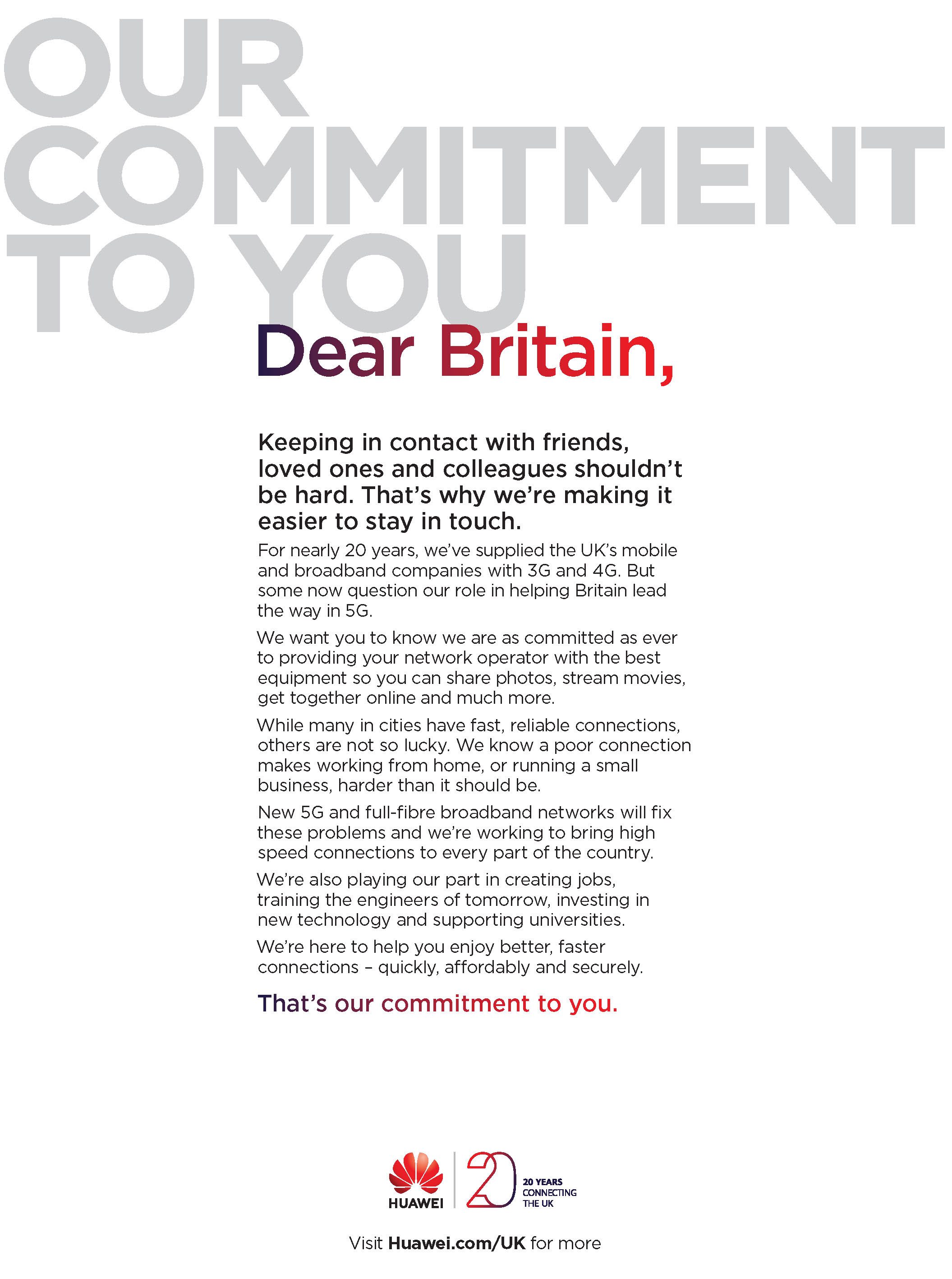 Victor Zhang, Huawei's vice-president, has also given interviews with the BBC and the Financial Times in which he emphasised that the company is not controlled by the Chinese government.

Zhang claimed that Huawei is an employee-owned private company whose business model is similar to that of the John Lewis Partnership.

Huawei’s campaign follows months of mounting attacks by Conservative MPs that enabling the company to provide 5G infrastructure is a security risk because it would enable sensitive data to pass to the Chinese government.

Prime minister Boris Johnson is also under pressure from the US government, with whom the UK is trying to secure a post-Brexit trade deal, to rebuff Huawei. Last week, the UK’s national security council agreed to develop alternatives to Huawei alongside its closest security allies: the US, Canada, Australia and New Zealand.

In a statement announcing the campaign, Zhang said: "As a private company, 100% owned by employees, our priority has been to help mobile and broadband companies build a better connected UK. Britain needs the best possible technologies, more choice, innovation and more suppliers, all of which means more secure and more resilient networks."