What's your living situation like?
Greg: We're in Westchester, in Larchmont, so we're about 35 minutes by train to Grand Central. Kristen works from home, and I used to bitch and complain about the commute into the city. But never more than now have I been this excited and thrilled about being in the suburbs. One, because we've got two young girls, a five-year-old and a two-year-old, and we've got a house. So we've got a playroom and we've got a backyard and we've got a swing set. So from a space standpoint, we're very fortunate.

PRWeek readers know Greg as a partner at SourceCode Communications, but Kristen, you’re in PR, too?
Kristen: I actually started at Max Borges Agency. That's where Greg and I met. Shortly thereafter, I switched to Moxie Communications Group, and then just at that stage in life, we were trying to get pregnant with our second. I felt I was doing this for nearly a decade and it was just time to operate as a freelancer and just go the sole proprietor route. It’s been three years that I've been doing KMM Communications.

Have you been working from home all along?
Kristen: I had a really nice office setup here, but when this all started, Greg booted me out of it. So now I work from my bed.

But you had dibs. Why didn’t he take the bedroom?
Kristen: It was based on employee accounts. He has more face time. 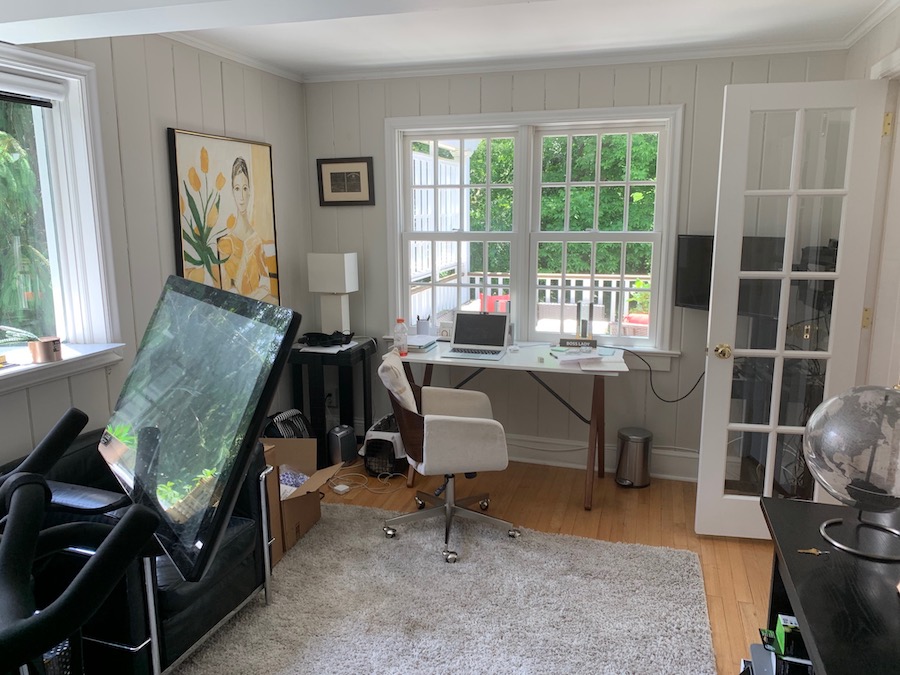 Has it been harder now that Greg's underfoot, so to speak?
Kristen: Honestly, from the day-to-day, nothing's changed because I've always worked from home aside from my location in the house. So that's all good. I actually think it’s for the better that Greg is working from home. Before he was a commuter, he would be out of the house by the time me and our girls were up and out of bed. So now it's changed for the better that he’s around for breakfast and that sort of thing.

Greg, was it a bit of a wake-up call about what goes on when you’re at work?
Greg: My wife is the kind of person that gets done in four hours what it takes a normal human being eight hours to do. I've always known that, but being here and seeing it in person, you absolutely have a renewed and probably even deeper respect for what happens.

Has it turned into a spy versus spy situation? Do you have to hide conversations about pitches and new business prospects?
Greg: No, we're going after different clientele. But I will tell you, I've tried to hire Kristen professionally. I want her to work at SourceCode. I've tried to hire her like four times and she's told me it's never going to happen. The truth is Kristen's got a really impressive skill set and she's probably the freelancer that we've used more than any other over SourceCode’s lifespan. Whenever we need support or need sector experience that she has, we bring her into account. So not only are we husband and wife practitioners, my wife also invoices me on a fairly regular occasion.

Kristen, now that you've seen Greg working day-to-day, are you more or less likely to consider working for him?
Kristen: It’s given me a greater respect for him and what SourceCode is doing. Being in the same field really flows nicely for our bedtime or after-dinner conversations, because we get one another. So I always feel like I'm in the loop with what's going on with his business. They are so great with their employees and amazing with their clients. With that being said, it has not changed my wanting to work for him. 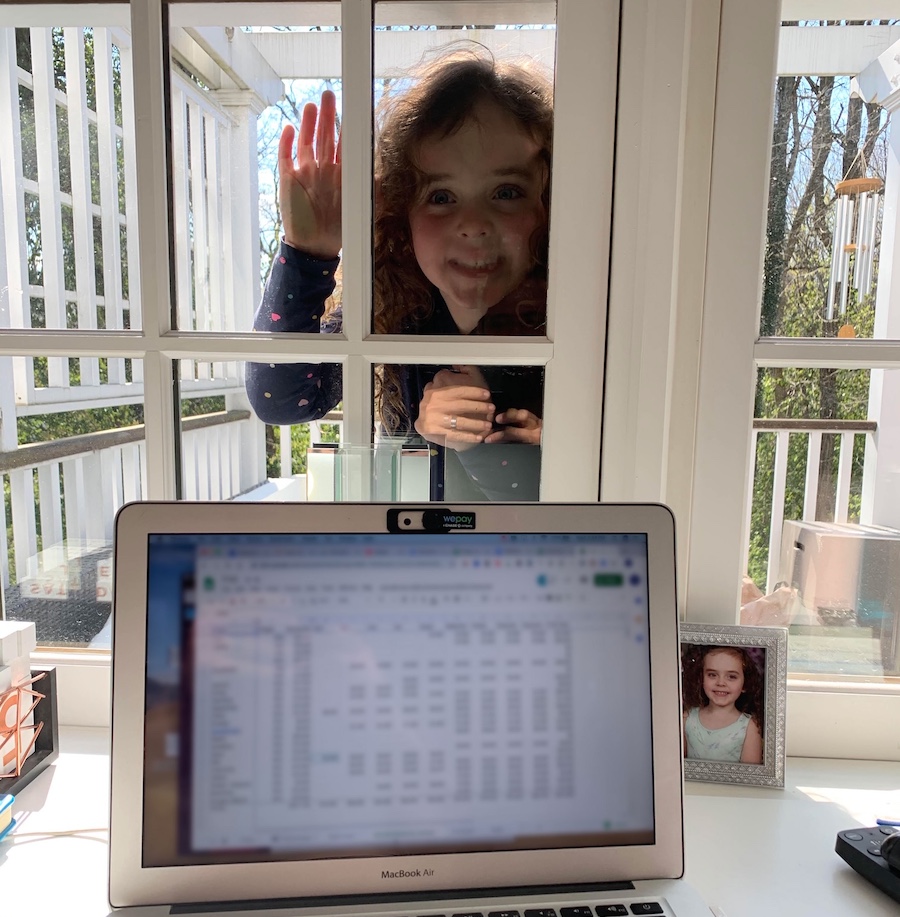 Are you guys careful about sharing ideas? Do you keep the good ones to yourself?
Kristen: We grab each other for feedback and share ideas. That's honestly one of the things I miss most about being a freelancer, being able to ideate and have group-think and being able to collaborate. So I probably selfishly take advantage of Greg more on that front to get his thoughts and feedback.

Greg: At the same time comments, we bring Kristen in on our brainstorms a lot. I mean, we get billed for it, but we get the friends and family rate for sure.