PRWeek's Five Campaigns We Liked in May contest was eventually won – with nearly 90 per cent of the votes – by dating app Badoo, which used its outdoor advertising inventory to broadcast thousands of messages from users to NHS and frontline workers at Piccadilly Circus. The Romans worked on the campaign.

In second place this month was IKEA's Furniture Fort. 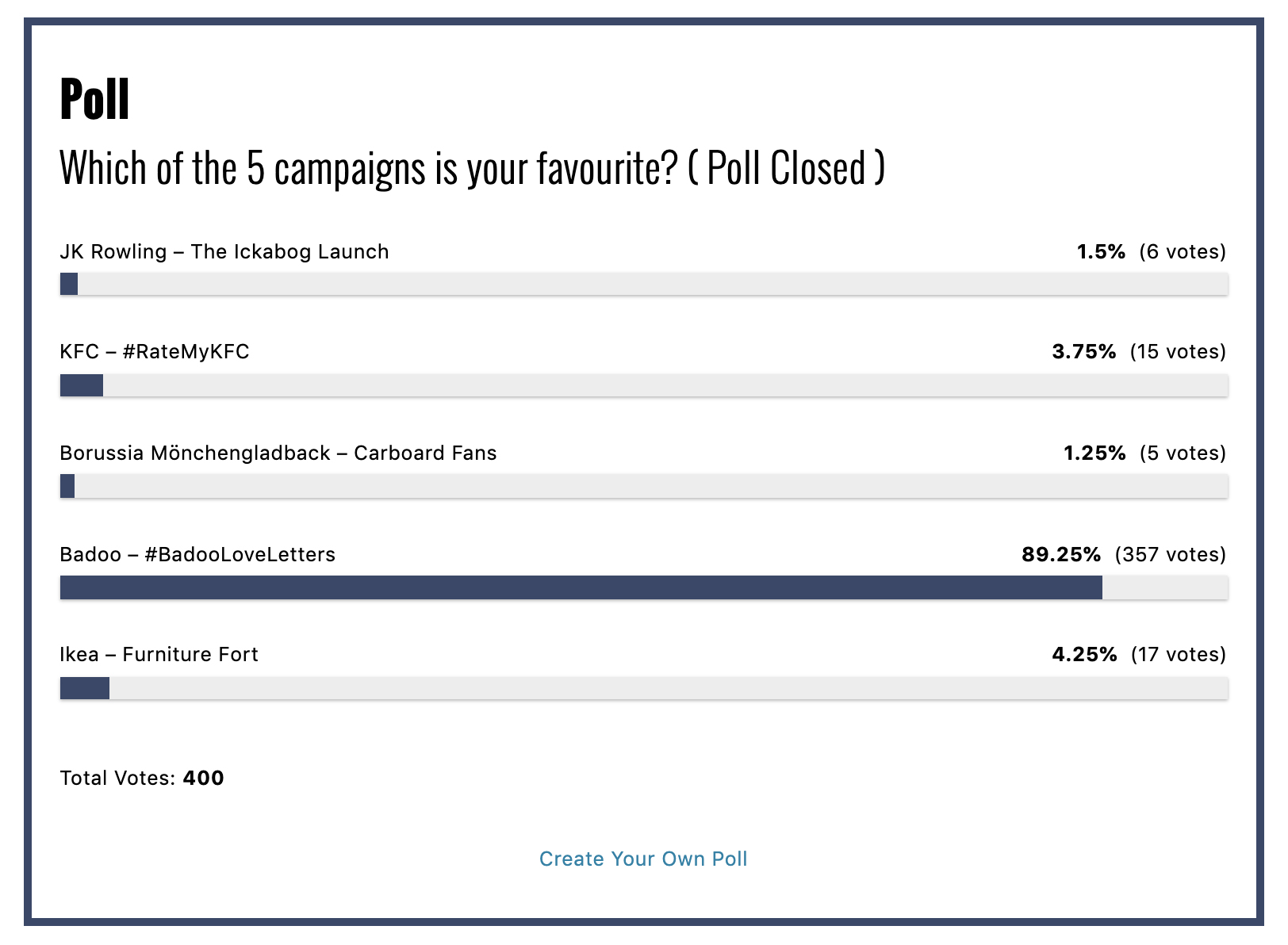