The survey, carried out for PRWeek by Atomik Research, asked 2,000 adults from across the UK to give their opinions on whether brands should speak out on matters of national importance, protest or politics.

The respondents were split roughly evenly between men and women, across age groups ranging from 18-24 through to over-65s.

Respondents were weighted according to Office for National Statistics data on the composition of the general population.

When asked whether “brands should just be brands and not speak out on major issues”, 54 per cent of respondents told the survey brands should keep silent, while 29 per cent said that they should comment.

Support for the silence of the brands was highest among those aged over 65, at 66 per cent. 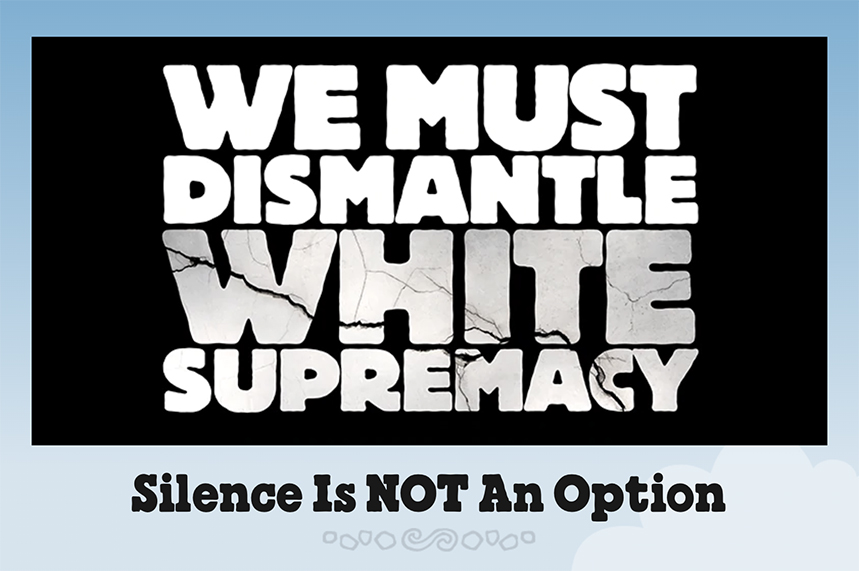 The death of George Floyd on 25 May, while in police custody in Minneapolis, sparked widespread protests against racism, police brutality and the killing of black Americans by the authorities and white vigilantes.

Derek Chauvin, the police officer seen kneeling on Floyd's neck in video footage that went viral on social media, has now been charged with second-degree murder (amended from an initial charge of third-degree murder), while three other officers who were at the scene face charges of aiding and abetting murder.

Protests about the death of Floyd and countless others have been taking place in hundreds of towns and cities across all 50 US states, and have spread to other countries, including the UK.

Meanwhile, brands have made their own decisions about whether or not to speak out in support of protesters.

Nike, Netflix and Ben & Jerry’s have been among the most vocal, with the ice cream brand issuing a strongly-worded statement (accompanying graphic pictured, above), which read: “All of us… are outraged about the murder of another Black person by Minneapolis police officers last week and the continued violent response by police against protestors. We have to speak out. We have to stand together with the victims of murder, marginalization, and repression because of their skin color, and with those who seek justice through protests across our country. We have to say his name: George Floyd.”

To speak or not to speak?

Industry professionals commented this week on the propensity of brands to speak out against racism, with many saying that generic statements – rather than tangible action – were not useful. But how does the UK public view them?

Breaking the responses down by age group, however, shows that nearly 60 per cent of those aged 18-34 said brands should speak out on the issue – and nearly half of 35-44 year olds agreed with them.

Support for brand activism fell with each advancing age demographic, and only 20 per cent of over 65s held this view.

Support for brands taking a stand was highest among those living in the London region, at 50 per cent, and lowest in Northern Ireland, at 20 per cent.

Responses to the question also differed when we consider respondents’ ethnicity.

The 32 per cent of respondents who said brands should comment on the Black Lives Matter movement were asked what they should talk about.

Around five per cent offered their own suggestions for what brands should discuss.

One respondent told the survey they should talk about “their personal plan to becoming anti-racist and how they will support black staff and customers”, while another said brands should “pledge to ban ads/sponsorship related to those that incite racial hatred”.

The coronavirus pandemic has affected every part of life, in the UK as well as around the world.

Many brands have tried, with varied levels of success, to make their voices heard during the pandemic, whether to highlight how they are helping to bring about a swift resolution to the crisis, or attempting to tap into the mood of a nation that was, until very recently, in full lockdown.

However, younger people were more in favour of brands referring to the pandemic, with support once again highest among 18- to 34-year-olds, at 69 per cent, and falling steadily among older demographics, to 36 per cent of those aged over 65.

Across the cities, more than half of those from London, Birmingham and Edinburgh were in favour of brands speaking about coronavirus, but there was lower support from people living in Aberdeen, Cardiff and Sheffield.

The 46 per cent who said brands should talk about the pandemic were asked what they should say, and were again given a range of options from which they could pick more than one.

A further five per cent made their own suggestions. One respondent told the survey they should “focus upon effects or changes relevant to the brand”, while another suggested that brands should “encourage people to challenge the Government narrative and properly fund public health”.

Finally, the public was asked whether brands should ever be political and come out in support of a specific party or policy.

Nearly three-quarters of those surveyed said brands should never do this, but 14 per cent told the survey they should.

People living in the south-east and north-west regions were most against the blending of brands and politics, at 81 per cent, while those living in the London region were more sanguine, with only 57 per cent against.

Commenting on the findings, Tim Furdui, a senior analyst at Atomik Research, told PRWeek: “The data shows that more Brits think brands should speak out about the coronavirus pandemic than about the Black Lives Matter movement. This could be due to a number of factors, but I believe the main one is that coronavirus is impacting more people here in the UK than police brutality against minorities. Therefore, people are more likely to have COVID-19 at the front of their minds, and they expect brands to as well.”