The 50-second campaign film develops the theme set out last Thursday by the Prime Minister, Boris Johnson, explaining to the public how the ‘test and trace’ system will work in practice.

It explains how anyone who tests positive for COVID-19 will be contacted by NHS Test and Trace and asked to share information about their recent interactions, including household members, people with whom they have been in direct contact, or within two metres of for more than 15 minutes.

It also reiterates the need for someone to self-isolate as soon as they develop symptoms, and to get tested.

The film was created by Mullen Lowe.

The campaign was launched amid temporary changes to the size of, and the knowledge base being drafted into, the department’s comms team during the pandemic.

PRWeek understands that James Sorene (pictured, below left), a former deputy director of comms at DHSC, and Peter Wilson (below right), a former deputy head of news at the Department for Transport, have been brought into the comms team on a temporary basis.

The pair have been asked to focus on comms around the Government’s ‘Test and Trace’ programme, which is being led by the former chair of NHS Improvement, Dido Harding. 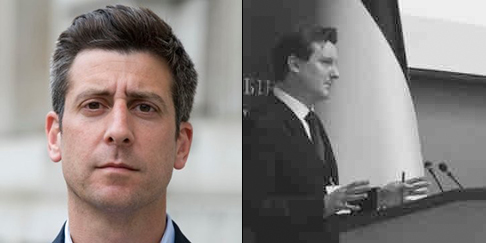 After leaving DfT, Wilson was a special adviser to Justine Greening during her tenure as secretary of state for two government departments.

The addition of the pair is part of a wider effort to increase DHSC’s comms capacity for the duration of the crisis, a system common to government departments at times of increased demand.