Now more than ever the true purpose of companies and brands is being tested to the hilt, and Warren Buffet's aphorism about everyone looking good when markets are rising becomes even more relevant.

With 40 million Americans added to the unemployment register in the past 10 weeks and over 100,000 people dying of coronavirus during the health pandemic, the pressure to stay in business is balanced by the drive to do the right thing.

Already, iconic brands including Hertz, J.C. Penney, J. Crew and Neiman Marcus have filed for bankruptcy during the COVID-19 shutdown. Others will follow.

In the PR sector, PRWeek’s COVID-19 Survey 2.0 recently showed one in five agencies have laid off staff and instigated furloughs; 11% of clients. Almost two in three clients said they had reduced PR budgets, one in three significantly; 77% of agencies said clients had reduced retainers, 90% postponed campaigns, 83% canceled activations.

Some specialist firms in areas such as travel and hospitality have already shuttered and the major marketing services holding companies have all imposed stringent measures involving job cuts, furloughs and salary reductions.

In this feverish environment, it would be tempting to cut right back to basics and forgo the purpose agendas enterprises have increasingly taken on board that some might regard as extraneous.

The latter was highlighted by statements from the Business Roundtable attaching equal weight to the needs of all stakeholders, not just shareholders, and thought leaders including BlackRock CEO Larry Fink’s adoption of purpose principles to steer his money management behemoth’s investments.

But Home Depot (soon to be Heineken) exec Stacey Tank reminded me of Buffet's wise words during an interview for our Coffee Break slot that airs next Wednesday: "Only when the tide goes out do you discover who's been swimming naked."

To reverse course on purpose-led missions and agendas now would be a big mistake, and the response to this crisis will show who has been wearing their swim trunks under water.

They will remember Rolls-Royce CEO Warren East, who thought it was appropriate to snigger with a colleague in a TV interview with BBC News about announcing 9,000 job layoffs at the iconic aerospace and automotive company. This despite taking government subsidies to pay the wages of thousands of furloughed workers. 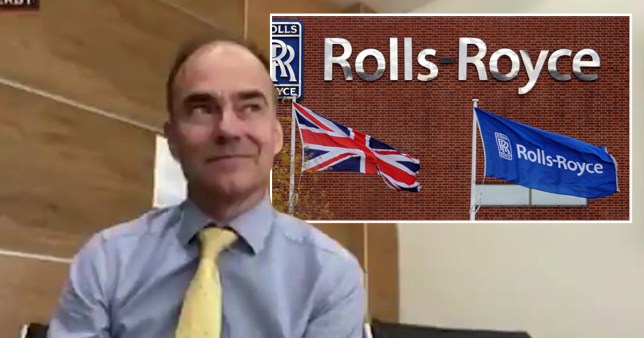 They will remember companies such as those identified by Reuters as protecting CEO and C-suite compensation packages at the same time as laying off and furloughing significant numbers of staffers.

The behavior of these brands contrasts with many CEOs and senior executives who are either forgoing compensation or taking drastic pay cuts for the rest of the year, including the CEOs of the major marketing services holding companies.

Marriott CEO Arne Sorenson set the template early on. He sent an emotional but authentic video message to employees, shareholders and customers in March, outlining the devastating implications of the pandemic on his business.

It shortened work weeks and instituted a temporary leave period for many employees. But, concurrently, Sorenson and executive chairman Bill Marriott walked the walk by foregoing their salaries for the rest of the year and his executive team is taking a 50% pay cut.

The Washington Post flagged up enterprises that were shutting down stores, suspending production at plants, laying off and furloughing workers, while at the same time indulging in share buybacks and dividends, including Caterpillar, Steelcase and WWE and, sadly, Levi Strauss & Co. and Stanley Black & Decker.

I say sadly in the latter two cases because Levi’s CEO Chip Bergh was named Most Purposeful CEO at PRWeek’s inaugural Purpose Awards last year and Stanley Black & Decker as Brand of the Year.

To be fair, Levi’s has since suspended its $100 million share buyback scheme that was put in place at the end of January having deployed $56 million of it, ending further buybacks during the COVID-19 crisis.

There’s also a big difference between share buybacks and dividends. The former is very much a discretionary measure. Suspending the latter sends out extremely negative signals to the markets.

But, remember, corporations have all benefited significantly in the past two-and-a-half years from President Trump’s lowering of corporate tax rates from 35% to 21%, a boon that has released significant extra cash for other purposes that would previously have gone into the government’s coffers.

Make no mistake, staying the purpose course is challenging. And one misstep can ruin a lot of hard-won kudos gained in the past – it’s never a one and done, it has to be long term and authentic. But steadfastness will be rewarded, not just because it’s the right thing to do, but also because it’s good business.

Brands that recognize this and are sticking with their purpose agenda include Procter & Gamble, which on Wednesday teamed up with global LGBTQ media advocacy group GLAAD to release findings from its first LGBTQ Inclusion in Advertising and Media study, measuring the attitudes of non-LGBTQ Americans to exposure of LGBTQ people and images in film, TV and advertising.

They are also more accepting of bi, transgender and non-binary people and the majority of non-LGBTQ consumers look favorably upon companies that include about LGBTQ people in ads.

P&G’s chief brand officer Marc Pritchard and GLAAD CEO Sarah Kate Ellis also unveiled a film called They Will See You about the history of LGBTQ visibility in advertising.

At such a febrile time for social discourse when the danger is that issues such as diversity, inclusion and equality fall down the pecking order of priorities for business, it is good to see leaders stepping up and continuing to do the right thing.

It also serves to emphasize that this stuff is not easy, and there’s no official playbook for acting with genuine and authentic purpose.

The emerging playbook for true purpose was reflected at PRWeek’s PR Decoded: Purpose Principles conference in Chicago last year and illustrated by the winners of the inaugural Purpose Awards.

Just as the need for leaders to keep their nerve is top of mind, so is the need to provide the case studies and inspiring stories that represent best practice in genuine and authentic purpose – and those exemplars will be reflected in the second annual PRWeek Purpose Awards, entries for which close on Monday, June 8.

Make sure you put your best foot forward and submit your most purposeful activations here – these are the case studies that will signpost us to a brighter post-coronavirus future and prove the long-term ethical and business value of doing the right thing. But no skinny-dipping please!