Kent RO Systems has issued an apology for an advertisement it ran across social media, in which it suggested that maids may be spreading COVID-19 by making food by hand.

The ad warned that maids' hands "may be infected", and used this as a jumping off point to promote the brand's automatic bread and atta maker. The ad featured brand ambassadors Hema Malini and Esha Deol. 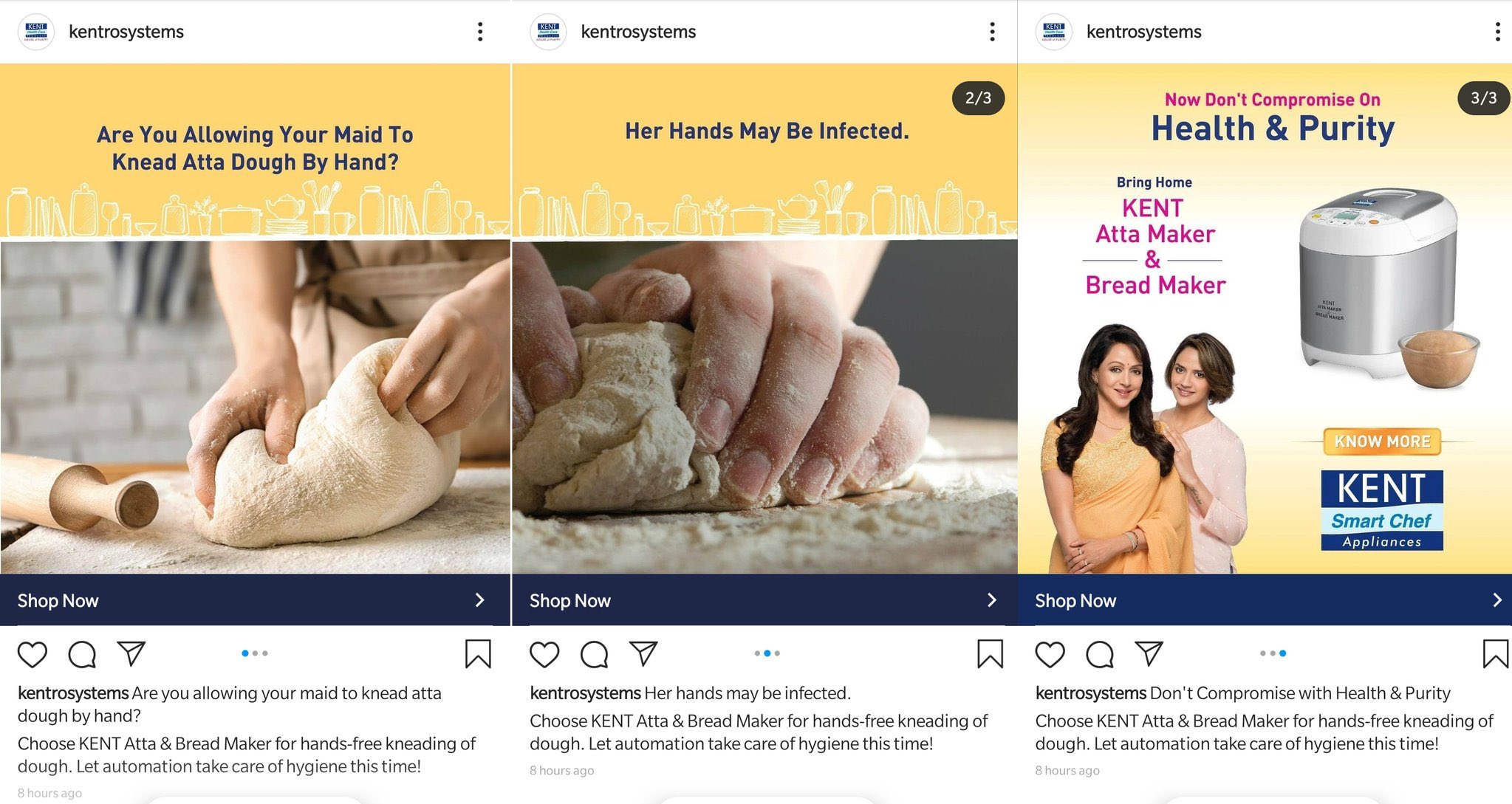 The ad, seen on Instagram, has been widely criticised on social media.

The company's chairman Mahesh Gupta issued a statement today (May 27) in which he said the ad had been withdrawn. The statement reads: "Please accept our sincere apologies for having published the Ad of Kent Atta & Bread Maker. It was unintentional but wrongly communicated and it has been withdrawn. We support and respect all sections of the society."

A version of this story first appeared on Campaign India.