Dominic Cummings may have done enough at yesterday's press conference to save his career, but his lockdown transgressions present a far bigger headache for the Government needing to keep society safe from the coronavirus pandemic.

Although Cummings is not the first, or last person to break the lockdown rules, his public profile as an architect of lockdown rules and refusal to apologise, is likely to pave the way for others in society to ‘bend the rules’.

Steve Martin, chief executive of Influence at Work, and a leading behavioural scientist who has written several books, including Who We Listen to, Who We Don’t and Why, told PRWeek that he doesn’t expect “anarchy”, but believes that Cummings has provided Brits with a moral licence to bend the lockdown rules that previously did not exist.

“I’m not entirely convinced people will just say ‘right, that’s it, if they don’t follow the rules then I’m not going to’ and there will be a mass push against the rules,” he said.

“But what I do think it does is make that boundary of what you are willing to do a little bit wider and more elastic. The problem with that is the moment you get a sense that more people are deviating the rules, you start to get this groundswell of approval within a society. If more and more people are bending the rules a little bit, it makes it OK for us to do the same thing. That’s where I think the corrosion of the government's message is likely to come about.”

“I wouldn’t be surprised if people do start to feel, 'if he has broken the law, maybe I can, too…' it gives us a moral licence to behave in ways we ordinarily wouldn’t do. 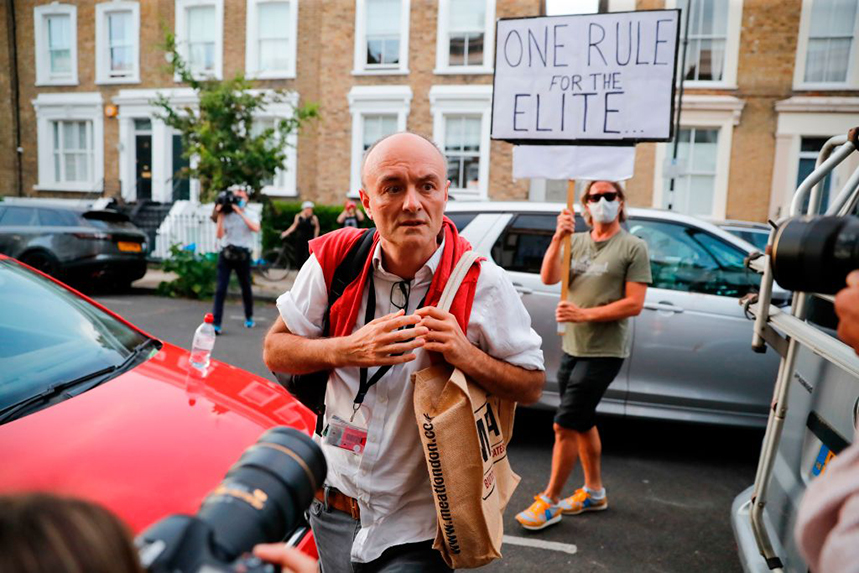 Could the Cummings lockdown breach cause a more relaxed view of the rules? Photo: GettyImages.

Martin contrasts this situation with last year’s propagation of parliament, where the trust in Boris Johnson went up among a group of pro-Brexit supporters.

He believes tribalism is largely irrelevant in the current context.

“Whether you vote Leave or Remain, or whoever you support politically, everyone is in the same boat. There’s a unifying feature of this breaking of the rules that has led to wagging of the fingers, to quite a lot of rage, even within the Conservative party,” he said.

“This is not a partisan issue and the Government will find it incredibly difficult to restore trust. Credibility, particularly in these contexts of uncertainty, is crucial, because people are looking outside for guidance.

“We've got this situation of ‘who do we turn to now?’ for public health messaging. Up to now we would turn to the Government as a source of advice; now that that source has been tarnished, the only other place we can look to is the peer source of messaging.”

This could include the World Health Organisation or other health authorities.

The Government could turn to the NHS and medical profession to fill in the credibility vacuum and reinforce messaging.

“The fact they haven’t done this sooner might work in their favour,” Martin added.