M&C Saatchi Public Relations has completed its merger with TALK.GLOBAL and started trading as M&C Saatchi Talk – a single PR agency in the group. The move has been hailed by the agency's leaders as a new era of “greater confidence, spirit and positivity”.

The combined agency, which officially went to market yesterday, has annual revenue of about £7.8m and 83 staff.

The merger has allowed M&C Saatchi’s pure PR businesses to pool resources and provide greater scale, and invest in data analytics and evaluation tools that it says will transform how the business operates.

M&C Saatchi Talk chief executive Jane Boardman and managing director Chris Hides told PRWeek the merged entity has not had to resign any clients due to conflicts, and the two former businesses were complementary.

“What TALK.GLOBAL had was more international business, an emphasis on certain markets in beauty, in particular, and extensive work in fashion,” said Hides, who previously was co-founder and global MD of M&C Saatchi Public Relations.

“They're also operating in some markets where we were, which was great. There were also certain skill sets that they had, which M&C Saatchi Public Relations didn't have. For example, M&C Saatchi had in-house content production and design capability, whereas TALK.GLOBAL had a really, really good operational team.

“We were able to very neatly fit together these two agencies and give clients a much more comprehensive set of skills. So what we now have is a very… complete team that's best suited for comms today.”

Usually when agencies of the same discipline merge, client conflicts need to be managed and accounts resigned, but Boardman – who previously led TALK.GLOBAL – said this has not been the case with this merger.

“If the two agencies have had absolutely the same sorts of clients, it would have been a disaster; then you would have halved rather than hopefully doubled, and beyond, the income,” Boardman said. “It was just fortuitous that they did not have conflicts on it so we haven't had to resign any businesses or make any difficult decisions because of that, which is extraordinary.”

The pair said that forming a single brand within the M&C Saatchi group is already paying dividends on the new business front, with “a real upturn” in the number of group opportunities.

“Aligning around one agency means it's a lot simpler, because it's one conversation, you've only got to really build the reputation of one brand inside that group,” Hides explained.

“So when an advertising account director gets mentioned as a PR opportunity in a meeting, they are aware that there's one agency they think of when they come to us quickly… a lot of the work now is focused on positioning us as a very critical part of that [integrated] group.” 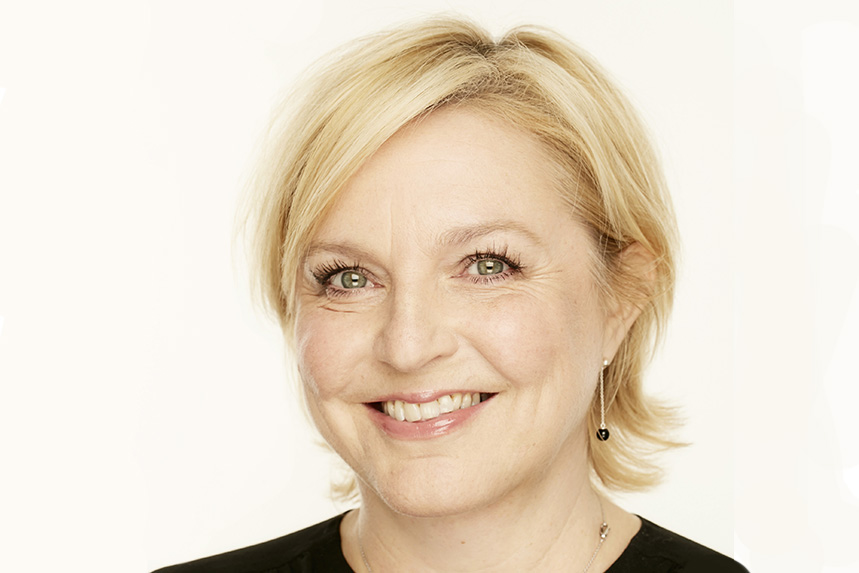 Another motivating factor for the merger was to provide “extra firepower” to invest in data analytics and evaluation tools that will help gather insights to inform work as well as measure success, which has traditionally been more challenging for PR than other marcomms disciplines.

M&C Saatchi Talk has worked with the group's “central intelligence unit” to create a suite of five new products that will “transform the way we do business”.

Rather than a focus on outputs, Boardman says the new tools will help M&C Saatchi Talk illustrate how its client work fits into the “bigger picture”.

“Previously, they used to just learn how to do a press release, or how to sell a story, or how to work with an influencer, or how to create a nice event. Now we're saying: 'Understand the product, understand the audience, and then create a campaign that works for that.' And that's never happened before,” she said. “One of the tools – Prism – uses 36 data points to pull that research to go. Normally, a piece of evaluation, you do three, three or four.

“We wouldn't have the firepower or confidence to do that as two separate companies.”

At the same time as the PR agencies merged, M&C Saatchi has combined Lida with its eponymous ad agency.

These moves follow a tumultuous period for the group, which included an accounting scandal, the loss of the NatWest ad account and two prominent accounts in its PR business, and the resignation of half of its board.

The group has taken steps to shore up its balance sheet, bringing various agencies, including M&C Saatchi Talk, to its group headquarters in London, reducing IT and travel expenditure, and capital expenditure in the London head office.

As a result of the coronavirus crisis the group said it was reducing salaries of a “very large proportion of higher paid, non-furloughed staff” including senior management, who have taken a 20 per cent pay cut.

As of 23 March, the group had approximately £45m of cash worldwide, and a net cash position of £9m (see full statement below).

Boardman told PRWeek that although she cannot specifically talk about group finances, the PR business is in a much better position.

“It definitely feels like we are changing as a group,” she said. "We are a lot more confident that we can manage through the cash situation over the next few months and this is a really exciting time to be part of the group.”

Hides added: “[The group management] made their internal structural changes to set their course for the next five years. And that's brought with… a lot of energy and positive enthusiasm.”

We are taking wide-ranging action to mitigate the financial impact of the crisis and maintain a strong liquidity position in anticipation of a further deterioration in the business environment.

The Group had approximately £45m of cash worldwide as at 23rd March 2020. This includes a fully drawn revolving credit facility (RCF) with NatWest of £36m, leaving a net cash position of £9m. Although the Group is in a net cash position, the RCF and cash is typically required for working capital purposes. The £36m RCF and £5m overdraft facility (which is undrawn), was recently extended through to 31 July 2021, and has a 2.5x Gross Borrowings / Adjusted EBITDA covenant and a 5x Adjusted PBIT/borrowing costs (interest cover) covenant. Despite the increased pressure on cash, the company forecasts it has sufficient liquidity and expects to be able to continue to operate within these covenant levels for the foreseeable future.

We are reducing costs in a number of areas, including the elimination of significant rent, IT and travel expenditure and reduced capital expenditure in the London head office. In addition, we have improved the Group's cash flow and working capital through deferrals of tax and rent through instituting a daily review of cash outflows and receipts and working with our clients to ensure payments are received on a timely basis.

Where appropriate, the Group is seeking to apply for additional government business support initiatives worldwide. We are focused on protecting our employees as much as possible and will be securing government support to furlough staff in the UK, the US and Australia. For a very large proportion of higher paid, non-furloughed staff we are reducing salaries. The Group's Board and senior management team have already committed to a 20 per cent reduction in their salaries. We regretfully commenced consultation with a number of employees across the Group about possible redundancy before the recent escalation in the Covid-19 crisis and this process will continue.