Trust in government has reached record levels in the UK – rising faster than any other market surveyed by Edelman’s latest Trust Barometer – but the public has been far from impressed by the official response when it comes to testing and PPE, and “shadows loom”.

Chancellor Rishi Sunak’s economic rescue package has been credited with a 24-point leap in overall trust to a 60 per cent approval rating, which is a historic high.

Having been at the bottom of the pile in January, trust in the UK Government's leaders jumped 25 points to 58 per cent and, overtaking CEOs and NGO representatives. A majority of respondents (53 per cent) said they trust their “national government leader” to lead the country through the economic recovery.

The UK, which was mid-range, had the strongest increase in trust of 24 points, followed by Canada (20 points) and Germany (19 points).

Business has moderately benefited from increased levels of trust in institutions among the general public, but has failed to keep pace with trust in government. Trust in business grew by eight points since January, but is trusted by just 55 per cent of the UK public, compared with 60 per cent for the Government.

Business underperformed on ‘putting people before profits’ (32 per cent) and ‘helping other small businesses in need’ (29 per cent). Only 28 per cent of respondents feel business is doing well at preparing for the recovery.

Trust in traditional media (61 per cent) was sharply up to near-record levels; however, UK journalists scored poorly (22 per cent) for their response to the global health emergency. Respondents struggle to find reliable and trustworthy information about the virus and its effects (41 per cent), and nearly two-thirds worry about the volume of fake news being spread about the virus. 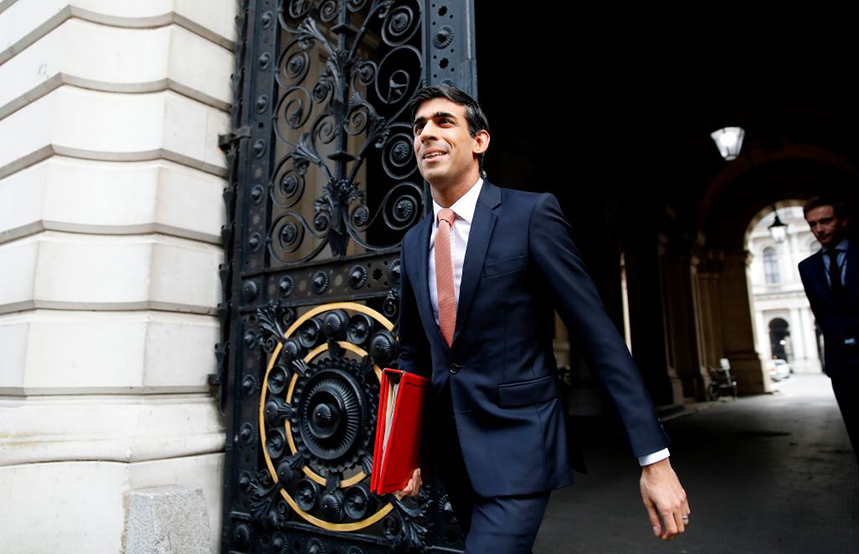 Although the headline trust level for the UK Government is strong, respondents were less enamoured by how it has handled the medical crisis and its public health policy.

Only 24 per cent think the Government has done a good job on testing, 32 per cent on the distribution of medical supplies like PPE, and 33 per cent on ensuring access to care in the poorest parts of the country.

Almost three in five respondents said the government had failed to act in a decisive manner as soon as the threat of the virus became known. Since the beginning of March, there has been an 11-point decline in the proportion of people who believe the Government was prepared for dealing with the pandemic – a fall from 46 per cent to 35 per cent.

This should serve as a warning to the Government. About three-quarters of the UK respondents believe its top priority should be to save lives, even if that delays the economic recovery. The majority are willing to sacrifice freedom of movement and privacy about health and their location to help the Government trace and contain the spread of the disease.

Edelman UK and EMEA chief executive and president Ed Williams said the results need to be placed in the context that governments always enjoy peaks in trust, quickly followed by troughs, in the wake of major events, such as 9/11 and the global financial crisis of 2008.

“Government may be basking in record trust levels, but shadows loom. Popular economic interventions cannot go on indefinitely,” he said.

“The UK may yet suffer more deaths in the crisis than any of our European neighbours. So, the Government will need to convince people that their health is in safe hands or risk seeing trust plummet again.

“People turn to institutions in times of crisis, but there is a strong chance that when the realities of paying for the pandemic begin to bite, trust levels could fall as fast as they have grown.”

Another interesting trend picked up by Edelman’s Trust Barometer is that respondents do not want a return to pre-COVID-19 times, with 61 per cent saying the pandemic has convinced them the UK needs a bigger social safety net.

A similar proportion (59 per cent) are concerned about inequality and that those from lower socioeconomic groups are disproportionately paying the price of the pandemic.

Seven in 10 ‘informed’ respondents agreed with the statement that “capitalism as it exists today does more harm than good”, while just 44 per cent of the mass population agreed.