British performance eyewear brand SunGod has appointed Fusion Media as its UK PR agency to launch a range to the UK market. Founded seven years ago, SunGod has established itself as a global performance eyewear brand with offices in London and Verbier, Switzerland. It produces both performance and lifestyle sunglasses, as well as a snow goggles range. London-based Fusion Media has been focusing on PR and marketing communications for cycling, running and active brands, with clients including Red Bull, Evans Cycles, Wahoo, Shimano and Brompton.

The Montessori Group turns to Stand

Stand Agency has been appointed by global education provider The Montessori Group to provide PR and social media support, following a competitive pitch. The agency will deliver an integrated communications programme that raises awareness of Montessori as a mainstream form of education and campaigns on key issues affecting children’s education, Early Years teachers, and parents. Activity has already kicked off, with The Montessori Group making contributions to the education sector’s response to the coronavirus pandemic. Projects include campaigning for the government to better support the Early Years sector amid nursery closures and furlough U-turns, and sharing guidance and tools for parents suddenly faced with home learning.

The UK’s Fundraising Regulator has retained Pagefield for the next three years, at a challenging time for the charity sector. Read more.

Italian motorbike manufacturer Piaggio Group has appointed Bottle to grow its brands’ communities across their UK social media channels. The main objective is to grow social communities across Facebook, Instagram and Twitter in the UK for key brands Aprilia, Moto Guzzi, Piaggio and Vespa (below). The retainer activity began in April and focused on a purposeful social strategy, which includes sharing UK market-relevant content to enlist new audience members, and working to increase engagement among existing followers, within each social platform. “We were initially drawn to Bottle because of its excellence in social media. But it was its understanding of our audiences and translation of our brands for social that made it stand out above the other agencies,” Piaggio marketing manager Luca Massei said. 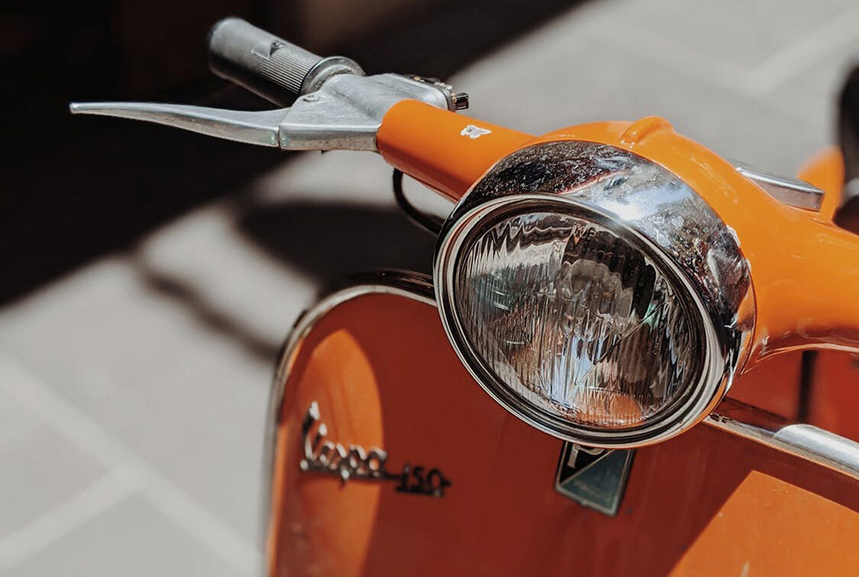 Lo-Dough – a low-calorie alternative to bread – has appointed Carousel to deliver a strategic and proactive media outreach campaign, focusing on the core product and new launches. With a digital communications focus, Carousel said it will work with journalists, influencers and celebrities to assist the brand in reaching new audiences, and to extend its affiliate programme. Lo-Dough, which claims to have the taste and texture of bread, pizza and pastry but with 90 per cent fewer carbs, reported a strong first year in the food market, with three products now in “popular demand”.

Healthcare agency Road Communications has been appointed on a retainer basis by life-science company Perspectum for a corporate brief. Read more.

John Doe has been appointed as the retained PR and influencer agency for MASSIVE after a competitive pitch process. Created in 2018, MASSIVE was set up to champion cinema to young people across the UK. John Doe has been appointed to create a year-round strategy to help MASSIVE connect with this audience through traditional media strategy, influencers, social content and live, in-cinema experiences. Following the outbreak of COVID-19, the first phase of the partnership will focus on connecting with the audience through MASSIVE Cinema Shutdown, which includes a partnership with BFI Player and a series of virtual film screenings. Focus will switch to the amplification of live experiences that will be taking place around the country in the second half of 2020 and beyond.

Fashion, beauty and entertainment agency Avant PR has been appointed by sustainable fashion brand nu-in to manage its launch to press and consumers. Avant has worked with nu-in on its media launch strategy and will raise awareness of the brand as it releases its first collections early this month, across both national media relations and personal profile opportunities for brand founders. Nu-in was founded by fashion industry heavyweight Mike Mikkelborg (formerly of New Look and Gant) and influencers Marcus Butler and Stefanie Giesinger. The brand is launching with activewear, loungewear and underwear collections, as well as trend-led men’s and women’s ranges.

Marketing communications agency Jam has been appointed by healthy food and drink brand The Skinny Food Co to “sweeten its PR strategy”, following a three-way pitch process. Jam will be responsible for increasing visibility and share of voice in a competitive marketplace with consumer and trade media coverage of The Skinny Food Co’s expansive range of products. Jam said the brand, which is “dedicated to healthy, great tasting food without the high sugar, fat and calorie content”, is enjoyed by a growing number of health-conscious consumers, including diabetics, vegetarians and vegans. Jam food and drinks industry clients include TV chef James Martin’s online home delivery service Life, Fork, Spoon, as well as HM Pasties, EHL Ingredients and Lancashire Tea.