SECAUCUS, NJ: Everyone is connecting on Zoom these days. Even animals.

The Office star Rainn Wilson hosted a Zoom call on Thursday for pets and their owners. Aside from being adorable, the purpose of the call was two-fold: bring pet lovers together and promote pet-food company Freshpet’s Fresh Start program, which supports overlooked cats and dogs that are often deemed unadoptable.

“A lot of people have been working from home and are tired and stressed, so we wanted to figure out a way to connect with people and add something fun for them to join in with us,” said Freshpet senior content marketing manager Karina Delaine. 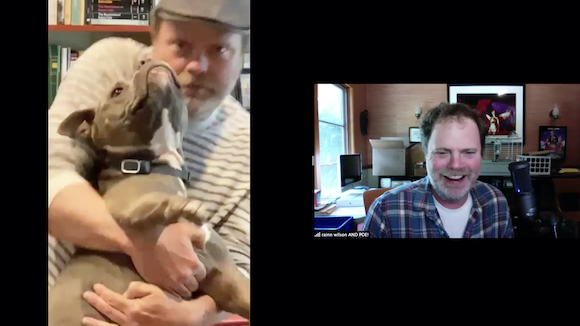 Freshpet reached out to Wilson to host the video conference, dubbed “Zoomies,” because he is an advocate for rescue organizations and has adopted his own pets from shelters, explained Delaine. It was not immediately clear how many people were on the call, but Delaine said up to 300 people were invited.

“[Wilson] has an incredible way of connecting with people on his own social channels like Instagram,” she said. “We thought it would be great with him being such an animal lover to connect with pet parents who are at home right now.”

Freshpet planned the call to give people an opportunity to commiserate about working from home with their pets and show off their furry companions on the call. There was also a Q&A with Wilson and Dr. Gerardo Perez-Camargo, Freshpet’s VP of research and development, who has a background as a veterinarian. He gave tips on how to connect with pets while working from home. 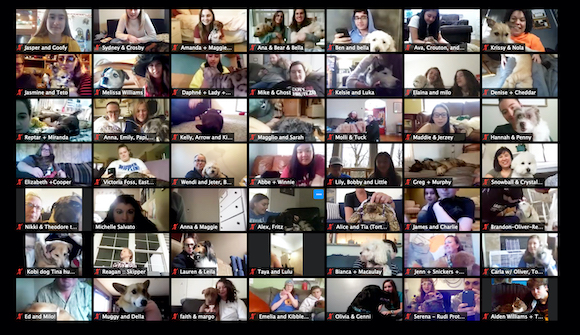 Wilson also helped the company reveal that the Fresh Start program was moved from September to April to meet the growing financial needs of shelters amid the coronavirus pandemic.

This year, people from five U.S. regions -- West, Southwest, Midwest, Southeast and Northeast – can nominate local no-kill 501(c)(3) shelter and rescue organizations and one winner in each region will receive $10,000 each. Runners-up in each region will also win $2,000.

Nominations are open from April 30 through May 10 via Freshpet’s website and public voting will run from May 11-17. Winners will be announced on May 20, which is also National Dog Rescue Day.

The Fresh Start program, which launched in 2018, has resulted in more than $100,000 in contributions to local nonprofits in its first two years. Recipients from last year’s program used the donations to fund medical expenses, save animals from poor living conditions and general operating costs.

Budget information was not disclosed. Freshpet PR AOR Mitchell worked on this campaign.