They say that distance makes the heart grow fonder, but few could have predicted that an extended period of lockdown could bring PR colleagues closer together.

In theory, working in isolation should make it more difficult for colleagues to stay connected, but in practice it seems that teams are bonding in ways they could not have been expected.

“Although we are physically different, socially we’ve come together more so than ever before. Not just as a team, but also with clients,” Frank co-founder and outgoing managing partner Andrew Bloch recently said on PRWeek’s podcast, The PR Show.

“We are doing all of these things we probably should have done when we were sat next to each other… the separation has brought us closer.”

Bloch said the physical separation has made colleagues more mindful and attentive to how each other is coping.

“I can’t remember anything in my lifetime where literally the whole world is going through something at the same time. What it has made people do is take the time to listen and talk and adapt to how one another is feeling,” he said.

Founder John Brown, who has starred in several Zoom fancy dress-ups (see below) since the crisis began, has been “staggered” by how quickly his team adapted to a “bizarre new world”.

“Without pressure from us, everyone from our apprentice to our senior consultants wanted to put initiatives in place to check in with one another and give everyone a helping hand or welcome boost,” he said. “We were already a group that believed in total honesty, yet it’s become more profound despite everything going virtual.

“The team has made it clear they want a moment in the day where they can bring their whole self and just be. Share a shite moment, turn up to a Zoom in fancy dress just to show off, moan about their kids – it’s all welcome. It’s like everything has become a touch more important, the wins are celebrated with passion and, importantly, the losses are given equal room to breathe.” 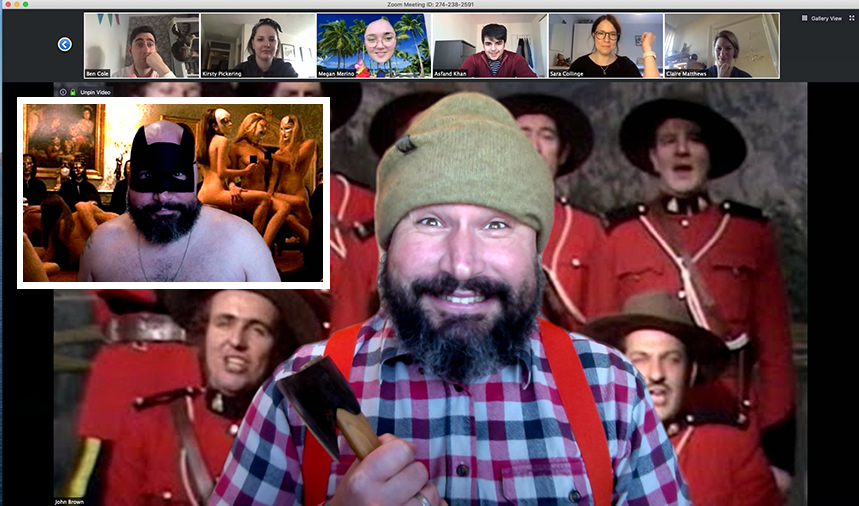 “The resilience and resourcefulness of our team has been incredible. They are super-committed and I believe we will emerge much stronger on the other side,” Chowdhury said.

“Our network and relationship with our clients is closer than it has ever been. That connection and what they are looking for is changing. We are talking to them a lot and being more nimble and agile.”

Hill+Knowlton UK chief executive Simon Whitehead has been impressed by the way his team has come together and “looked after each other”.

“From virtual baby showers and birthday cake deliveries to MTV Cribs-style tours of each other’s homes, our teams are finding creative ways to stay connected,” he said. “There’s definitely a sense of caring, too – genuinely wanting to know how one another is doing and supporting one another.”

Why we feel more connected

Although this phenomenon appears counterintuitive, there are several reasons why team members in self-isolation now feel closer together.

Steve Martin, chief executive of Influence at Work, is a leading behavioural scientist and has written several books, including Who We Listen to, Who We Don’t and Why.

He told PRWeek people tend to gravitate to others with shared interests and similarities.

“What this context of social distancing has done is created a different type of commonality, insofar as we are all in this together,” Martin said.

“We are now in these Zoom meeting groups and Microsoft Teams project groups online. Typically, when we have gone into a meeting in the past, there might be people in the room where we have nothing in common with.”

Martin said colleagues now share several similarities, such as working from home, meeting each other using the same video conferencing tech, and a collective responsibility to tackle an unprecedented crisis – the coronavirus pandemic.

Another factor is that using a computer to communicate can encourage people to be less guarded than they might otherwise come across in person.

“There’s a lot of work that looks at how we communicate when there is a proxy involved; in this instance, our computer,” Martin explained. “We are much more likely to be divulging information via computer when we think there is a kind of distance between ourselves and someone else. That computer creates a barrier.

“We are more likely to be more vulnerable and communicative about ourselves and how we are feeling. That [perception of vulnerability] in turn leads to a sense of connectedness and closeness, and the opportunity for others to reciprocate these feelings.” 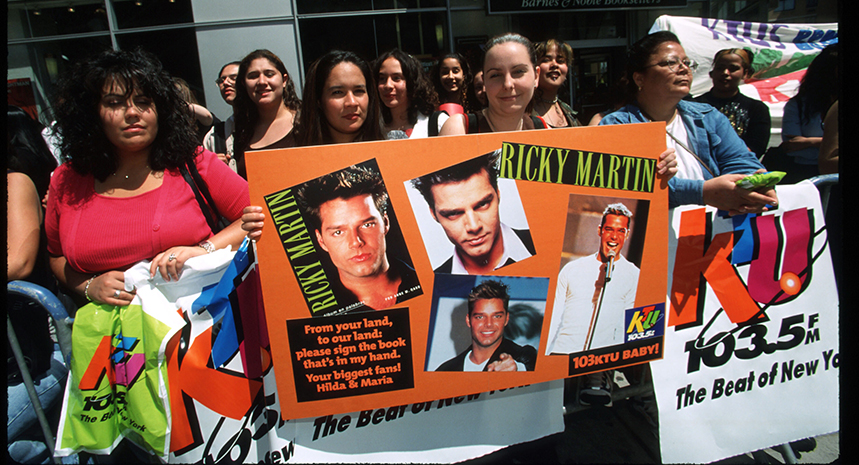 Is there such thing as too much personal information – such as a colleague's collection of Ricky Martin posters? (Photo: Getty Images)

A gateway into our lives

There is another rational explanation for why colleagues may appear more engaged and attentive when communicating via video conference, and it’s all to do with the format.

In a large meeting room, people sit apart and are not necessarily facing one another at the same time, which allows attention to be distracted by devices, such as phones, and drifting thoughts.

But when a screen packed full of familiar faces is staring at an employee's every expression, it becomes harder for to ignore eye contact and the unwavering attention.

“It’s a lot easier at a meeting at work to avoid other people in the room and focus on another device (like a smartphone)," Martin said.

“But given our device is the conduit for speaking to others, it’s not getting in the way. It’s a tool that helps us connect, rather than disconnect.”

The other contextual factor at play is that video calls are a gateway into colleagues' homes – providing more of an insight into their personal lives than can be gleaned in an office environment, or even at the pub after work.

It’s a point picked upon by The Romans founder and executive creative director Joe Mackay-Sinclair. Although he stressed there is no substitute for meeting face-to-face, and pines for “meetings at the Owl and Pussycat”, Mackay-Sinclair said there is a “Blitz-like camaraderie forged in going through this all together and the merging of private and professional as we Zoom into every room of each other’s house”.

This contextual intimacy allows colleagues to paint a different picture to they may be perceived in the office.

“That person who is a bit of a testy pain in the arse in the meeting room, you get to see that they are a really keen gardener or a very considerate mother or father, you see them in a different light,” Martin explained.

“But of course there are downsides; you might question why that 35-year-old head of finance who’s just been on a conference call still has Ricky Martin posters on their bedroom wall.”

It remains a mystery how long social distancing will last and whether (or not) working practices completely ever return to those of pre-coronavirus times, but can this new-found ‘togetherness’ stand the test of time?

Martin would like to think there will be some permanency to the changes, but remains sceptical.

“I’m not convinced that simply because we’ve been living life the way that we have for the past six weeks that that is the new way of being. We are going to have to work hard at it [once work practices return to something resembling normal],” he said.

“I sign up to this theory – and there’s a lot of evidence that supports it – that the environment we occupy has a disproportionate influence over our behaviours.

“Who we are is a function of where we are.”

According to Martin, business leaders who are inspired to change working practices as a result of this experience should begin putting plans into place now to make sure desirable new practices continue, and make sure these are actionable with shared responsibilities, to avoid the pitfalls of a ‘plan-do’ gap.

“If we simply go back to where we were before, it would be the equivalent of running through Trafalgar Square, scaring all of the pigeons to fly off in different directions – but the moment that stimulus is removed, they will fly back to those same perches,” he said.

“The same is true of people. Unless we change our environment when we get back to the workplace, I’m not over optimistic we will change ourselves.”