This week, industry professionals and the wider public were confronted with the stark new reality of political discourse as Prime Minister’s Questions – usually a rowdy and raucous weekly event – was conducted in a near-empty House of Commons, populated only by key Cabinet ministers, a smattering of the opposition and Dominic Raab, who continued to deputise for the Prime Minister during his convalescence from COVID-19.

MPs, called in turn by the Speaker, asked their questions by video link, with none of the cheers and boos that usually accompany both question and answer.

For those who dislike ‘Punch and Judy politics’, this was perhaps a welcome departure from the usual fare, but it also served to underline how unusual British political life has become.

Social distancing is the new normal and gatherings of people are banned by law during the crisis.

Under these circumstances, how can the political parties hope to go ahead with their annual conferences this autumn, and what is the political cost – in terms of selling their messages and policies to the public – if they do not?

The conferences may still be six months away, but a vast amount of planning goes into them and whether this can still be achieved in a short period of time – if restrictions were suddenly lifted – remains to be seen.

The pitfalls of cancelling the conferences could be severe, but so too could be the reputational cost of going ahead with them for selfish party political reasons.

Stuart Thomson (below), head of public affairs at BDB Pitmans LLP, thinks a mass gathering of people in an air-conditioned conference hall could even be the perfect breeding ground for a resurgence of COVID-19. 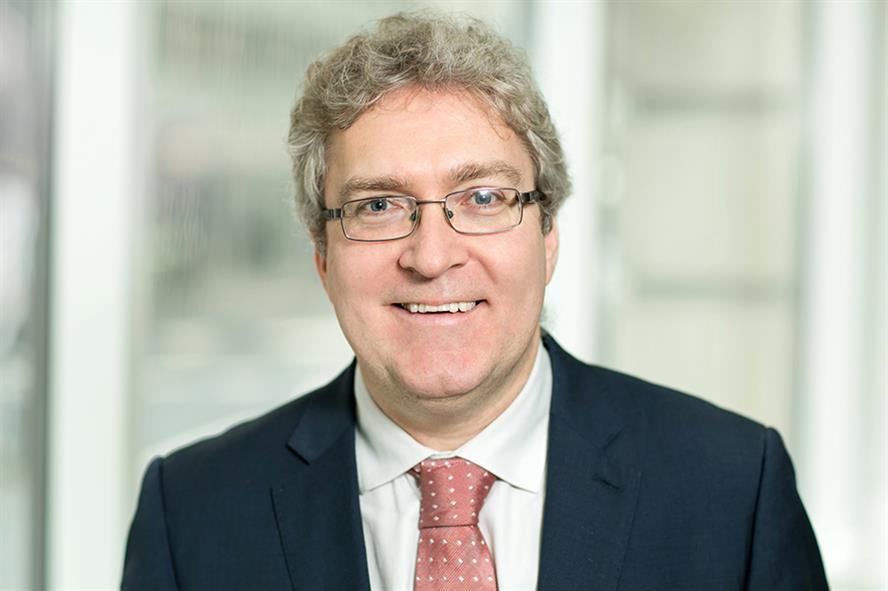 He said: “Any mass political gathering runs the risk of seeming selfish at a time when, hopefully, everyday life will be getting back to normal. The public could well believe that special rules apply to politicians if they can hold their party conferences while other aspects of everyday life are not back to normal. In those circumstances, the backlash could be enormous.”

He said: “I can't see a situation where this would happen. The public must always come first. There's no way the politicians can compromise the safety of the public.”

Sean Kemp, a former head of media for the Lib Dems and now a director at MSL, is clear on the reputational cost of going ahead.

He said: “If any party went ahead with a conference, against the advice the public were being given, the reputational damage would totally outweigh any gains. I can’t imagine any party holding the conference unless they’re absolutely sure it would be considered appropriate.”

It seems clear that going ahead against advice or with a freedom that the wider public were not yet enjoying would come at a terrible cost for any party which risked this.

But the prospect of cancelling them altogether, and the impact that might have on the ability of a party to get its message and policy platform across to the public and media, is also unpalatable – particularly for the parties not in government. 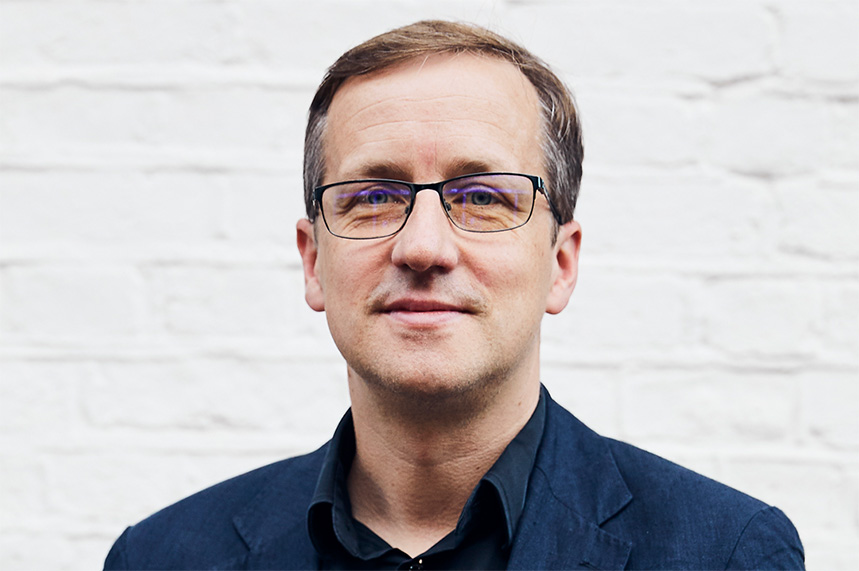 Kemp (above) said: “For the Lib Dems the big thing, from a media perspective, is you lose some guaranteed coverage, particularly on broadcast. For smaller parties, those are big opportunities to miss out on in a way that just isn’t the case for Labour or the Conservatives. Getting a bit of time on news bulletins doesn’t change voting intentions, but it is a good way to introduce new figures or ideas or – frankly – remind people you exist.”

Labour, as the official opposition, will also be in a weaker position by not going ahead with its conference.

The election of Keir Starmer as the new leader of the party earlier this month has left him and his new comms chief, Ben Nunn, with a mountain to climb.

They must reclaim the voice of the party from disgruntled supporters of Jeremy Corbyn and demonstrate to the public that Labour is a serious government-in-waiting with appealing policies.

The conference is an ideal moment for Starmer to put his stamp on the party, as well as tell the wider public what he would do if Labour took power.

Thomson said: “The conferences can deliver a useful fillip in terms of coverage and attention. The leader's speech is still a chance to grab the agenda and, as a new leader, Keir Starmer would be looking forward to that opportunity this year as a way of demonstrating that it really is his Labour Party.”

Kenningham is in agreement that the Conservative Party has the least to lose if its annual conference does not go ahead.

He said: “For the smaller parties, which struggle to get media coverage, it would be a big hammer blow. For Keir Starmer, who needs to dump the toxic baggage of the Corbyn years, it's arguably a key platform and a key moment.”

By comparison, the Prime Minister, Boris Johnson, enjoys name-recognition across the UK and is “heavily ingrained into the public's consciousness”, said Kenningham.

If the parties cannot go ahead with their conferences but cannot afford not to have them either, could a virtual conference be a realistic alternative?

The Lib Dems confirmed to PRWeek today that the party is considering an online version of its conference, but can this ever replace the real thing? 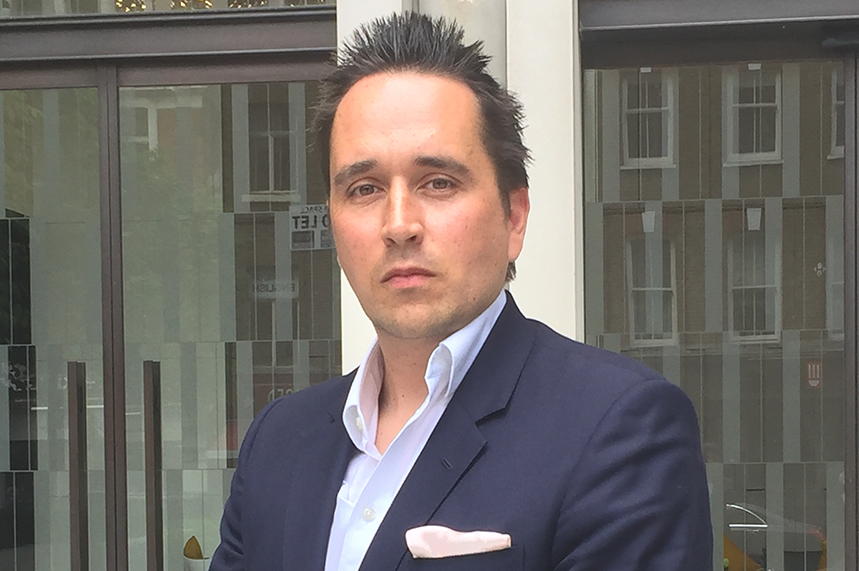 Kenningham (above) said: “Of course a virtual conference cannot replicate the build-up, tension and atmosphere of the real thing. Conferences are an opportunity to make political leaders look like statesmen on a big stage when the public are watching. Get it wrong and it will haunt you forever.”

It is hard to imagine an online-only version of a party leader’s speech having the same impact on the public’s consciousness as a slot on a major broadcast channel, along with coverage in national newspapers.

Kemp said the Lib Dems will attempt to fill the gap as best as they can, digitally, but: “From a media perspective, the leader’s speech and other interviews are the main thing, and there’s no easy way to replicate the moment as a broadcast image that projects some authority.”

A spokesperson for the Conservative Party said planning for this year's autumn conference was continuing, adding: "We will keep this under review in light of the outbreak of Coronavirus. Any decisions taken will be guided by the latest science and medical advice and Government guidance.

The Labour Party told PRWeek it was “committed” to the collective effort to protect public health, adding: “It is our hope that this year’s conference will proceed as planned, but we will continue to monitor and adhere to the official guidance.”

A spokesman for the Lib Dems said the party would follow the latest expert advice regarding COVID-19.

The spokesman continued: “In the light of the coronavirus epidemic, the Liberal Democrats are exploring what aspects of conference we might operate online, if a traditional party conference cannot go ahead.”

The Green Party said it had already had to cancel its spring conference, replacing it with “a digital offering… which was well-received”, and that it would make a decision about the autumn based on “the latest public health guidance”.