James Brooke, managing director of travel and tourism communications specialists Rooster, said the global travel industry has in effect been shut down by the COVID-19 crisis and struggling airlines need to tread carefully in how they ask governments for taxpayer-funded bailouts.

“There is a real debate about the airlines seeking government funding and bailouts, yet they are owned by billionaires or are still paying out large dividends,” he told The PR Show, PRWeek’s podcast.

“The airlines have got to really communicate delicately, show their real purpose, and the shareholders have to come to the table first and communicate really transparently.”

Brooke’s comments follow a plea from Virgin founder Sir Richard Branson for a multimillion-pound government loan to save Virgin Atlantic.

Branson had an initial £500bn request rejected, and said he will put up his private island in the Caribbean as collateral to secure government loan to help his Virgin Group empire.

Virgin Australia – an airline in which Branson owns a 10 per cent stake – entered voluntary administration this week (21 April) after the Australian government refused to bail out the failing business.

Branson faced a public backlash after blaming the Australian government for the airline’s collapse.

Booke said this dynamic, of “billionaire owners begging for help”, lent itself to “tabloid-esque headlines”.

“The comms directors have a real challenge on their hands,” he added. “We are going to see an increasing number of airline failures. We’ve already had South African Airways and Virgin Australia have entered administration, and I think we are going to see more.

“Hopefully the governments will play their part in coming to the table with commercial loans with terms attached to them, but there is huge government resistance to taking stakes in airlines.” 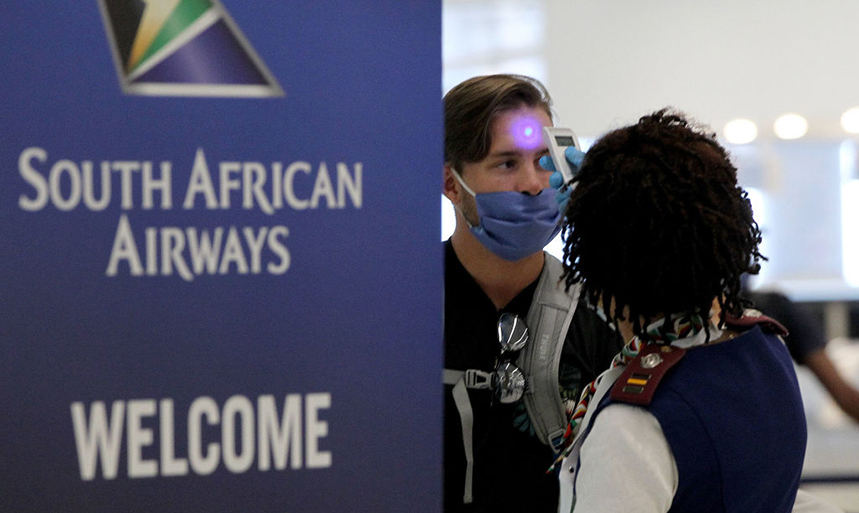 South African Airways helped repatriate holidaymakers before grounding flights as it is on the brink of collapse (Photo: Pedro Portal/Getty Images)

‘This won’t be a "V-shaped" recovery’

Earlier in The PR Show, Brooke reflected on the major comms challenges of an industry in “pretty desperate times” and with no ending in sight.

“This isn’t going to be a V-shaped [recovery] – a big dip and an immediate bounce back. From a UK perspective, no one is unaffected and we are going to see a much slower bounce-back in travel,” he said.

The immediate communications priority for travel and tourism was to keep stakeholders – particularly customers and employees – informed, including repatriating holidaymakers.

“Now we are out of that stage, the challenge is about the ongoing promotion of travel when you cannot travel and you cannot book,” he added.

“We are very much in that inspiration phase. It’s not about selling at all, but putting our clients on people’s 'bucket lists' for travel when the lockdown loosens up.”

Listen to the full podcast below to find out how travel and tourism marketers are using comms to inspire customers during the lockdown, and what impact the coronavirus crisis has had on Rooster’s team and operations.

Find out what Brooke means when he said: “I don’t either think or want Rooster to be the same agency once we come out of this.”