Prince Harry and Meghan Markle’s decision to stoke the coals of their bitter feud with the UK’s tabloids has raised questions about the PR advice they are receiving.

On Sunday night, the couple sent a letter to the editors of UK tabloids – the Daily Mail, The Sun, Daily Express and Daily Mirror – that they will not respond to any inquiries from their journalists, warning: “There will be no corroboration and zero engagement.”

The new policy is “being instated (sic) for their communications team, in order to protect that team from the side of the industry that readers never see”.

The Sussexes said they would still deal with other media, but refuse to “offer themselves up as currency for an economy of clickbait and distortion”.

The attack follows their January decision to withdraw from the 'royal rota' and take a tighter rein over media relations – a move PR experts thought would prove counterproductive and only fuel tabloid rage.

Since January, the couple have distanced themselves from the Royal Family and moved to the US. The Duchess is preparing to take on the Mail on Sunday in a virtual court case over its decision to print a letter she had sent to her estranged father.

Most PR leaders warn that the timing of their move could alienate the couple to the British public.

“At this moment of an international crisis situation this appears out of step with the public mood,” said crisis communications consultant Amanda Coleman.

“The focus is on the need for everyone to work together, and that we are all in this together. Issuing a statement that is only about your situation lacks awareness and can appear distant. Given the media focus on the pandemic, I wonder whether it was necessary to take this step now.”

“Prince Harry once served his country, yet now, as the global pandemic dominates the global headlines, he has never seen more distanced from it. The latest swipe at the tabloids from the Sussex camp is a new high in hubristic arrogance and puts their Hollywood-based PR counsel under scrutiny,” he said.

“Perhaps this letter was an attempt at a marker before the case opens against the Mail On Sunday later this week, but it seems more likely that their denial and arrogance has just seen them solve the wrong problem really well yet again, perhaps revealing more about their true position and feelings than they would like.” 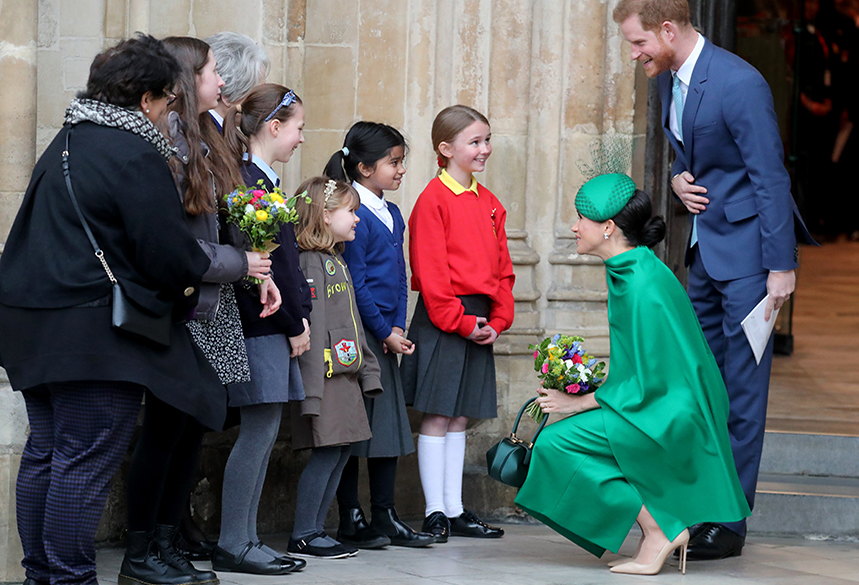 Could Harry and Meghan's war on the tabloid press at this time alienate an adoring British public? (Photo by Chris Jackson/Getty Images)

Field Consulting founder and chief executive Chris Rumfitt told PRWeek that until this moment, Harry and Meghan have had public support, “but this sort of thing risks making them look petulant and self-entitled”.

He said it’s not uncommon for clients to want to end co-operation with a specific publication.

“The question I ask is always the same – will this make the coverage better or worse? You should deal with each media enquiry on its own merits, and always remember the real audience, which is the readers of the newspaper, not the journalists or the publishers. It is those millions of readers of the tabloid press who Harry and Meghan are sending a terrible message to today.”

Um. #HarryandMeghan don’t seem to understand the basics of supply & (endless) demand. Tabs are going to fill their pages regardless of any cooperation. All this does is destroy any bargaining chips they may have had. Naive move... pic.twitter.com/s7aMIcxbBP

Not all PR leaders were critical of the move. Ben Brooks-Dutton, a partner at The Unmistakables, said that although the timing of the announcement is questionable, the “economy of clickbait and distortion tabloid media” often misrepresent the diverse and underrepresented voices that Harry and Meghan have chosen to support.

“[These are] the very same voices that are serving the country on the frontline and in key work right now,” he added.

“It’s reassuring to see the couple actively challenging the systems and structures that keep so much bias not just in our press, but our national psyche. It’s a luxury that few brands have – but when you consider that theirs is their identity, their (traumatic) experiences and the future of their family, it’s easy to see why they have taken such a dramatic step.”

Brooks-Dutton wonders whether other celebrities and brands would be “as brave” to take on the tabloids.

“It will be hard for a PR manager to drop the tabloids from their sell-in, but if enough do then it will send a signal that could translate into a healthier media landscape in the long run.”

I think @benbrooksdutton makes a lot of sense here. Most people writing about this seem fixed on the notion that Harry and Meghan need the tabloids and simply can't fathom that 'quid pro quo' media ecosystem is an illusion.

‘The partnership is vital’

Borkowski believes a better approach to influencing press coverage is to nurture stronger partnerships rather than wage a war.

When the press is running against you, he added, the partnership between PR counsel and subject is more vital than ever.

“It's never easy to deliver bad news or a counter-perspective to a client, but it's important that we find a way to do so, to avoid the inevitable backlash that results from bad timing, ill-advised tone and position. That "young, up-and-coming journalists" and grassroots media outlets will give them an easy time is just an assumption. Only their own more tactful communication and behaviour will begin to change attitudes.”

Borkowski warned that as long as the Sussexes continue to take “side swipes that lack any humility” against the press, they will be a long way from winning any battle against the tabloid media.

“This is a time when the world is enduring unbelievable worry, suffering and tragedy. The latest move by Meghan and Harry is a breathtaking example of their tone-deafness. And they only have themselves to blame,” he added.