Publicis Groupe is making redundancies across its 5,000-strong UK operation because of the coronavirus downturn. It is understood the job cuts will affect most of the group's UK agencies, including many of its creative, media, health, production and public relations shops. MSL is included in the announcement, but Kekst CNC is not part of these UK cuts. Read more.

Frank's Andrew Bloch to step down

Frank PR co-founder and managing partner Andrew Bloch is stepping down from his executive leadership role on 18 May. He will still be involved, in more of an advisory capacity, while managing partner Alex Grier will handle day-to-day operations of the agency. Grier has jointly run Frank with Bloch for some time. Read more.

Consumer technology, gaming and lifestyle communications specialist Ranieri Agency has promoted Georg Reckenthäler to deputy chief executive. He becomes a senior board member and reports directly to group CEO, Pietro Ranieri. Reckenthälerwill help to deliver the agency’s growth strategy, which includes the launch of additional divisions, expansion of services and adding value to existing clients across the group. Reckenthäler launched and grew the Ranieri Gaming division across Europe with a full, end-to-end comms service for gaming publishers and hardware companies including Tencent, PUBG, Twitch, Niantic and Nvidia.

Beattie has appointed Wayne Silver (pictured below, with managing director of the North Rachel Gladwin) as managing director of integrated marketing. Silver was the managing director of One Brand Magic in Sale until October 2019. At Beattie, he will work across its UK offices to help brands and businesses optimise their marketing activity using creative, omnichannel strategies. Rachel Gladwin, who leads Beattie’s North and Midlands division, said: “Like every agency in the country, we have experienced a serious dip in revenue because of the coronavirus crisis, but Wayne’s arrival signals our determination to ensure that Beattie bounces back stronger than ever when business life returns to normal.” Beattie has furloughed 26 staff due to the COVID-19 crisis. 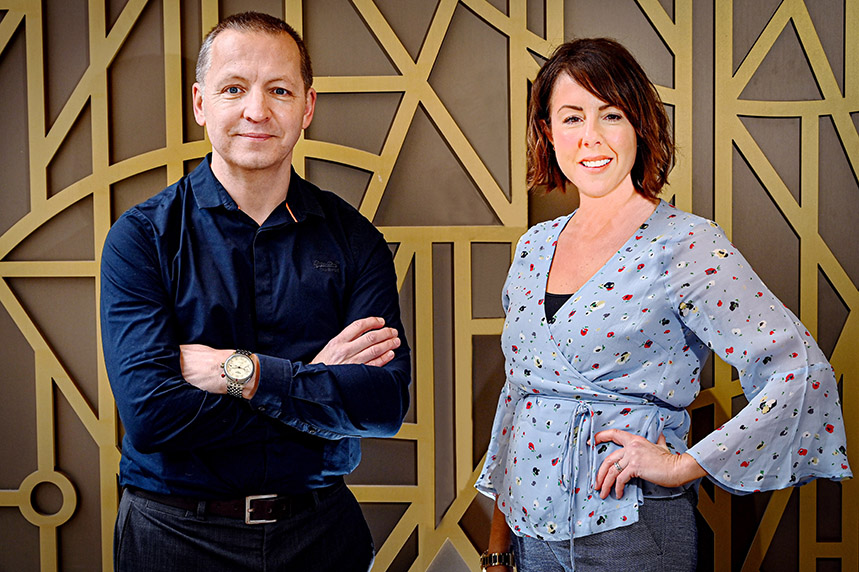 Steve Earl is stepping down as managing director of APCO Worldwide's UK operations after about 10 months. Read more.

Omnicom Group is making staff reductions, salary cuts and furloughs across its agencies. In a memo to all 70,000 global employees, chief executive John Wren explained that members of the group's leadership team are cutting their pay by a third, while he will forgo his entire salary until the end of September. Omnicom's PR agencies include FleishmanHillard, Porter Novelli, Ketchum, Portland, Marina Maher Communications, Cone and Mercury. Read more.

Leeds-based PR and social-media agency Source Marketing has appointed Mia Hodgkinson as a senior account manager. She joins from ilke Homes, where she was a digital PR and marketing manager. She also spent time working for the Press Association earlier in her career. Source director Daniel Kennedy said: “The digital aspect of agency work is becoming ever more pronounced; and while the opening and harnessing of new channels of communication is great for everyone in our industry, it is having a detrimental impact on the availability of candidates with traditional PR skills.”