The research polled 72 organisations early this month, asking respondents about the impact of COVID-19 on the Middle East PR industry and issues affecting MEPRA members.

Commenting on the findings, the most stark of which included two-thirds of respondents (66 per cent) admitting the PR industry will be “hit hard with potential big business consequences”, MEPRA chair Jonty Summers said: “We know from speaking to a great number of practitioners in the PR community across the GCC over the past few weeks that many have been undergoing torrid times."

Looking specifically at Q2, 63 per cent of agency respondents and about 40 per cent of in-house respondents (53 per cent, on average) say they will see a significant decrease in projects and activity. Recruitment freezes (57 per cent) were the cost-cutting measures most likely to be taken to mitigate the impact of the outbreak, followed by redundancies (41 per cent) and temporary salary reductions (40 per cent). 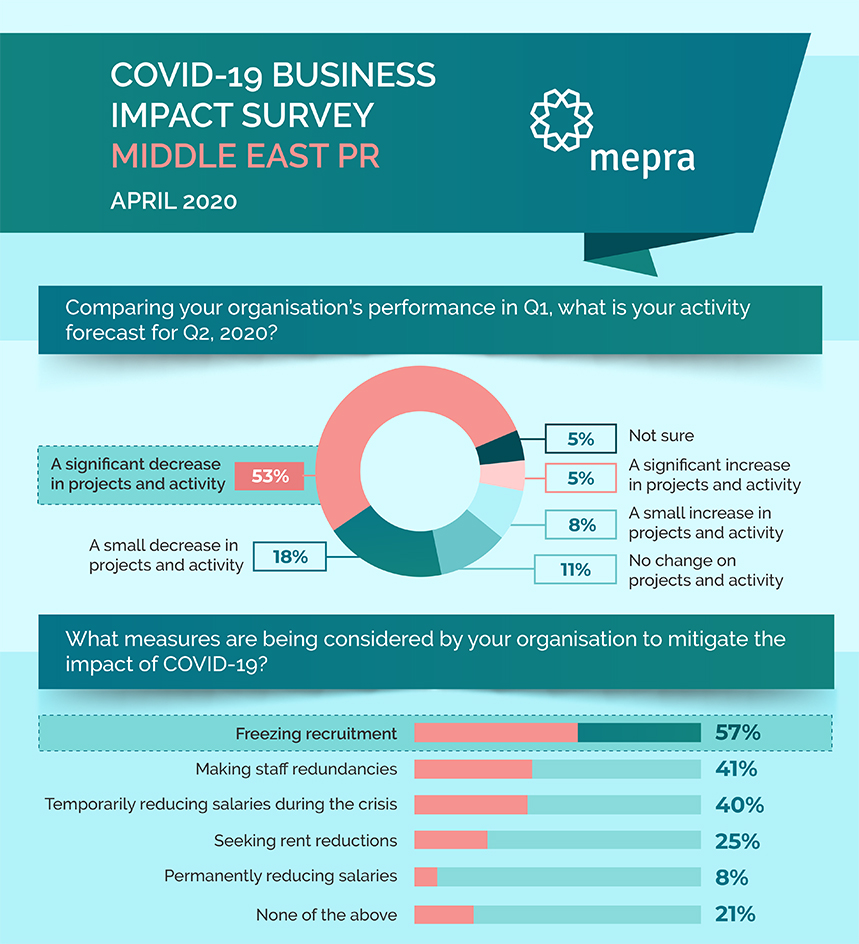 When asked to look further ahead, just 14 per cent of respondents had a positive business outlook for the rest of 2020, while 61 per cent outlined a negative outlook, including 13 per cent citing 'very negative'.

"The optimism that typically categorises our peer group has been replaced by much confusion and uncertainty," commented Summers. 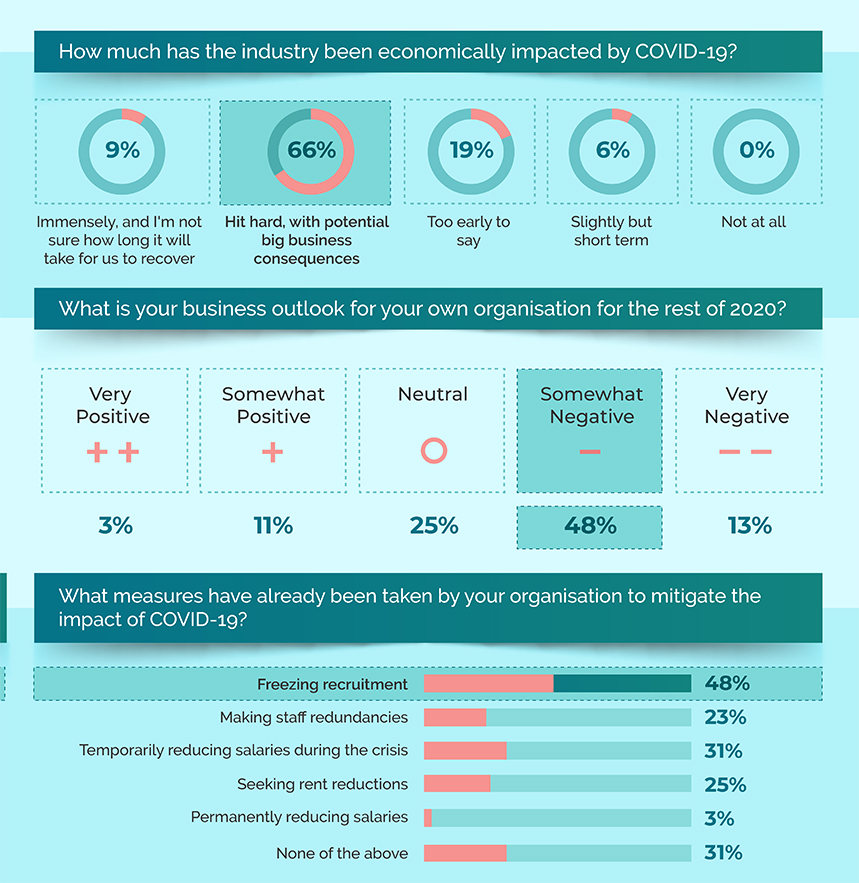 When asked whether they thought the PR profession would be 'hit hard, with potential big business consequences', 79 per cent of agency professionals surveyed agreed, while half of the in-house, private sector respondents and 40 per cent of government/semi-government respondents concurred. 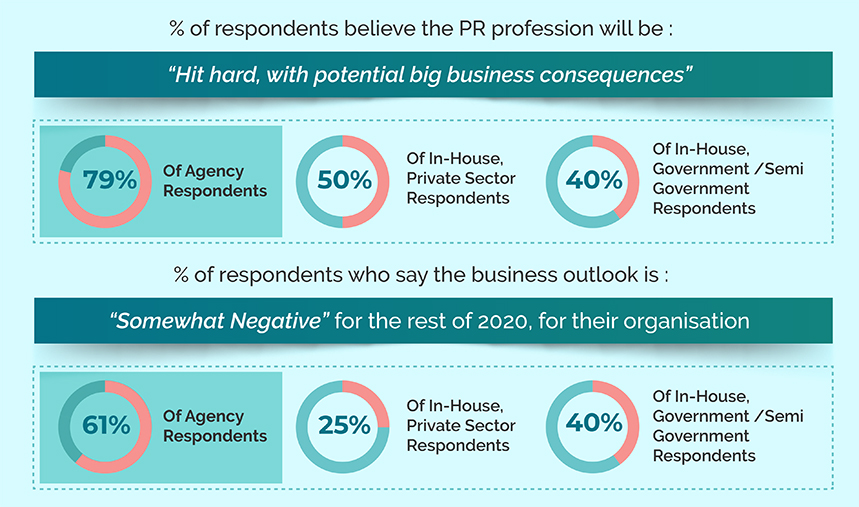 Worryingly, the survey showed that significant numbers of redundancies have already been made. Nearly a third (31 per cent) of in-house, private sector organisations have let staff go, alongside a quarter (24 per cent) of agencies. 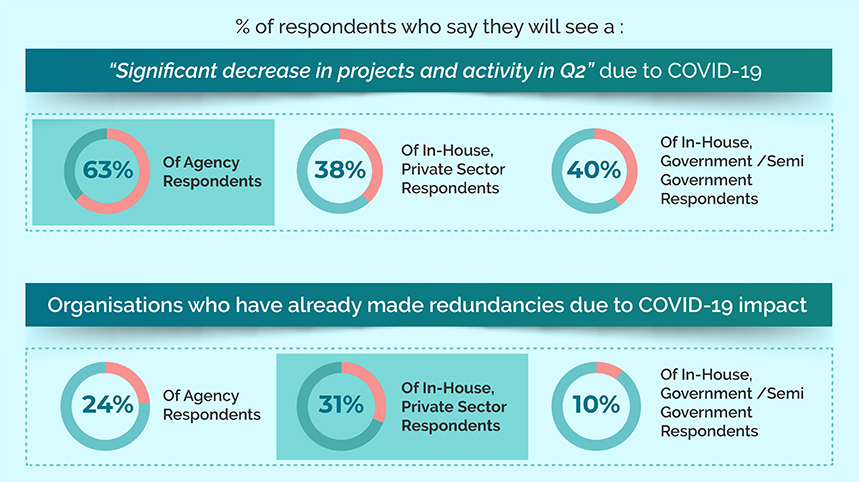 Summers moved to temper the negativity, but admitted the industry would likely need to adapt to a new future.

"The responses allow all of us to have more informed conversations about these issues as we move beyond the current situation," he said.

"I suspect all of our community faces a changed existence – not just of the way we work, but of the way we live our lives. We are fortunate in the public relations community to be surrounded by many people with many wonderful qualities which can be a source of strength and inspiration.

"In these times of uncertainty and disrupted working, the more informed we are, and the more we take strength from our community, the better we will be to get through these trying times.”