Toilet paper is a hot, hard-to-find commodity amid the coronavirus pandemic and the communications teams behind brands such as Charmin, Angel Soft, Quilted Northern, Scott and Cottonelle are working hard to update consumers.

Retailers saw $1.5 billion in toilet paper sales in the four-week period ending on March 29, up 112% from a year earlier, according to IRI, a Chicago-based market research firm. Panic-buying and hoarding is leading to empty shelves, as retailers and supply chains can’t keep up with the demand.

“We went from a small handful of messages, less than a dozen, to about 100 the next morning, March 10,” she recalls. “That might not sound like a lot in the grand scheme of things, but we also realized that for every person who does let us know on social that they can’t find products, there might be 10 more who are having the same issues who don’t post.”

Between March 10 and April 9, Georgia-Pacific received 11,000 messages across all six of its consumer brands, and 8,500 were about its toilet paper products, Angel Soft and Quilted Northern.

At Georgia-Pacific, social media sits within corporate communications, which Glassman says gave her team a big advantage in this situation. The internal team is handling comms on this matter.

“We knew we had to have a cohesive, coordinated message across the entire consumer experience and see the bigger picture,” she says.

Georgia-Pacific’s brand and legal teams met to align about messaging, which appeared on brand websites and social media on March 13. Glassman said Angel Soft and Quilted Northern had messages out 72 hours before competitors.

“When this all started, we recognized the importance of being transparent,” she says. “We knew we needed to be quick. We had a narrow window to be ahead of the curve and be on the front lines.”

Glassman says Angel Soft and Quilted Northern have been acknowledging how frustrated consumers must be feeling and reassuring them that more toilet paper is being made. 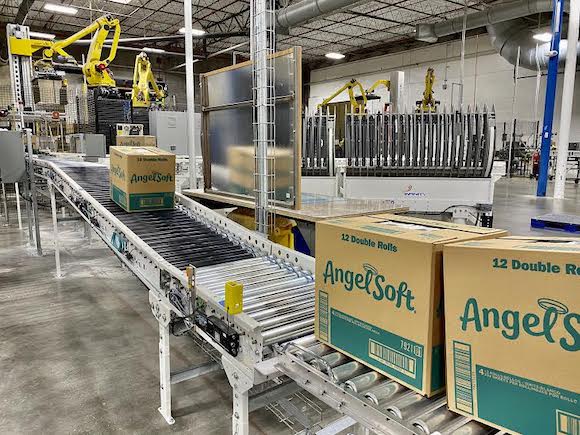 “There are definitely consumers who have frustrations about: ‘If you’re making it so fast, why can’t I find it on the shelf?’ We are using that as an opportunity to reinforce our messages,” says Glassman.

Some consumers are asking toilet paper brands to show video of production in their facilities. Angel Soft and Quilted Northern accepted that challenge and posted videos in late March on their social channels.

Our family is working hard to get more toilet paper to yours. pic.twitter.com/ZGmY3eKrqd

The brands are also encouraging consumers to only buy what they need to stop people from hoarding.

“We have a part to play in encouraging that message,” says Glassman.

Engaging media early has helped Angel Soft and Quilted Northern with positive engagement on social, with consumers seeing the brands’ statements and articles, she adds.

Procter & Gamble brand Charmin, which works with MSL, wants people expressing frustration about the lack of toilet paper to know that their voices are heard.

“We are putting out information about how quickly we are producing products and making sure to reassure everyone Charmin is on the way,” says Loren Fanroy, comms manager for Charmin. “TP isn’t going anywhere.”

Our family is working hard to get more toilet paper to yours. pic.twitter.com/ZGmY3eKrqd

Charmin is engaging the media about how its teams are working around the clock to produce as much toilet paper as it “humanly” can and it is using its social media pages to proactively post information or answers to common questions about the situation.

“We have also highlighted the frontline workers at our plants to show the humanness behind who is helping to produce all of this toilet paper,” says Fanroy.

Thank you to @DirectRelief and all the healthcare workers on the frontlines working tirelessly around the clock. We’re behind you all the way. ??#covid19 #directrelief pic.twitter.com/adwETFuE2F

Kimberly-Clark is making its response personalized, kind and speedy. Meyer explains that the company wants consumers to be confident that the toilet paper brands are working to ensure products are getting to retail partners as quickly and safely as possible.

“This is really an unprecedented situation, and while we’ve received messages of consumer frustration, we’ve received an incredible number of supportive messages from consumers thanking us for our products,” says Meyer.

Over the past few weeks, the volume of incoming consumer comments have doubled on the Kimberly-Clark corporate channels and more than tripled on brand channels. However, fewer than than 30% of those messages are categorized as negative on the brand and corporate social channels combined, Meyer says.

Cottonelle launched its #ShareASquare social media campaign last month, encouraging consumers to stop stockpiling and instead stock up on generosity. When consumers use the hashtag, the brand is donating an additional $1 to the United Way Worldwide COVID-19 Relief fund, in addition to the brand’s $1 million donation.

I wake up every day convinced I have the virus #JimmyKimmelLiveFromHisHouse #StayHome https://t.co/w2CrYHyDeg

“We’re also consumers and see the shelves as well, so we understand our consumers’ concerns,” says Meyer.