For most of us it’s now four weeks of being ‘locked down’ at home. We’re already well used to relating to colleagues, contacts, friends, even family via Zoom, Teams or Hangouts.

But the truth is this crisis has been much harder on some than others.

Importantly we must remember the worst hit are those who have lost their lives or their loved ones to this awful virus. And there are many more who have suffered ill-health or worked themselves into the ground looking after other people. These are the people we should have in our thoughts every day. And this realisation makes us realise how fortunate many of us are, despite the difficulties we each face in different ways.

For this space – perhaps appropriately, as we approach Good Friday - I’m going to focus on those in the PR industry who have been worst hit by the crisis, while next week I'll look at some of the people and firms that may actually have benefited; and at the likely rebirth of the business.

From monitoring this business day-by-day, and talking to many comms professionals over the week, there are some parts of the PR industry that have been really struggling. One of which is freelancers.

With the benefits of more flexible working patterns, particularly for working parents, recent years have seen a major shift towards freelance resources being used by both in-house comms teams and PR agencies.

When the sudden March downturn came, however, businesses were quick to freeze freelance spend as the ultimate variable cost, providing a much-needed boost to their own cash flow.

A study this week revealed half of all freelancers in comms have lost at least 60 per cent of their income since the COVID-19 pandemic began, and a similar proportion now wanted to give up being self-employed.

Yes, it’s been devastating to freelancers, particularly as some have set up as limited companies and therefore don’t qualify for the Chancellor’s bailout scheme.

And, as we enter a longer period of global recession, the pressure on freelancers looks set to continue. As we know from the previous downturn in 2008/9, firms will do their best to protect and retain their permanent workforces.

Some PR bosses privately think the freelance market was due a correction anyway.

One agency chief told me: “The freelancer market has been something of a bubble for a while; too many young agency professionals seeing it as an easy way to earn high and pay less tax. The reset will be painful on them in particular. Senior seasoned consultants, however, will always have a role to play.” 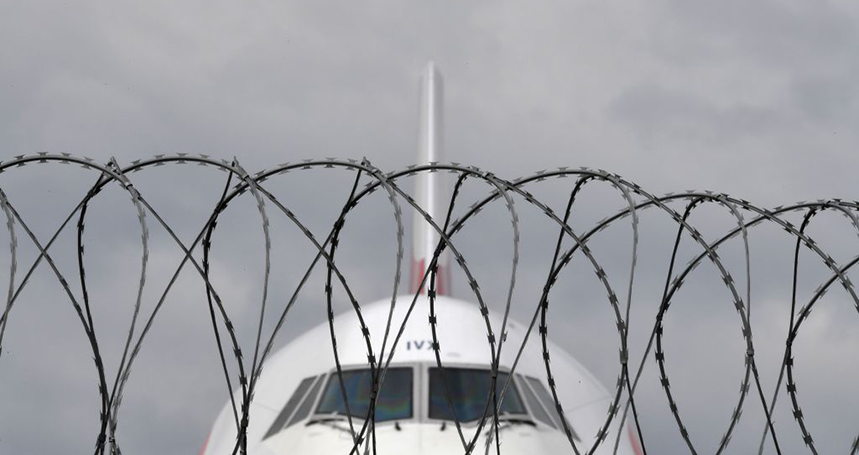 Inhospitable: ‘My business has imploded’

Another section of the industry that has been enduring a torrid time is travel and hospitality. Talking to in-house comms executives in travel companies, or bosses of travel or restaurant PR agencies, they sound exhausted.

Airlines and operators have primarily focused on crisis management, with the need to repatriate customers, refunding (or not!) cancelled holidays, and dealing with the fact that planes are on the ground and hotels are empty.

Almost all the travel comms chiefs I know have furloughed a significant number of staff, including their own comms teams, which is a double-whammy at this frantic time.

On the agency side, travel and hospitality firms are really hurting, particularly the smaller specialists. Many restaurants, for example, have closed with zero income, and have simply stopped paying all suppliers, including their PR agencies.

One boss told PRWeek: “As an agency that is wholly reliant on the hospitality industry, my business has imploded and did so in a matter of days. From the minute the PM told the public not to go to restaurants, pubs, clubs etc., the writing was sadly on the wall for many PRs.

“I have done my best to treat my team as fairly as possible – all were paid in full until the end of March and then many put on furlough, with the higher earners kept on as their salaries would be most impacted by the £2,500 Retention Scheme cap.”

And it’s not just travel and hospitality that’s suffering. The same applies to many sports and entertainment businesses, where clients that cannot operate – particularly in live events – are just cancelling their contracts with agencies with no notice. The only bright spot in these sectors is that home sport, leisure and entertainment services are booming to help offset that collapse of live.

Another small agency owner, specialising in b2b, sounded in shock, telling me: “Half my business has disappeared in two weeks. Clients are slipping through my fingers. I feel like I’ve been hit by a bus.”

It is genuinely distressing that many PR businesses that have thrived for many decades, and provided happy employment and careers for staff, are now fighting for their survival.

And yet again and again, one hears of the huge sense of responsibility, decency and kindness by bosses toward their employees. They will do their utmost to keep going and do the right thing by staff.

We are learning that it’s junior staff who are suffering most in this crisis. They are the ones being furloughed or, worse, laid off. They are at the beginning of their careers and often live in rented, shared accommodation where it’s more difficult to adapt to the lockdown and insecurity.

Two things provide a sense of hope going into Easter, however. First, that the Government support schemes for struggling companies and freelancers will really kick into gear over the next month or two.

And second, that the social restrictions may begin to ease from early May – as the authorities get a grip on the pandemic. The latter would give a major boost to the economy, particularly small businesses.

Easter-time, regardless of one’s religion, is traditionally seen as a period of rebirth and renewal. So let’s trust that the coming weeks will bring an increasing amount of good news. It’s time to relax… and hope.