David Watkins, who helped build the popular Sussex Royal Instagram account (below), will work for The Duke and Duchess of Cambridge after being made redundant following Harry and Meghan's move to California, according to the Evening Standard Insider column. Watkins announced his new role on Linkedin. 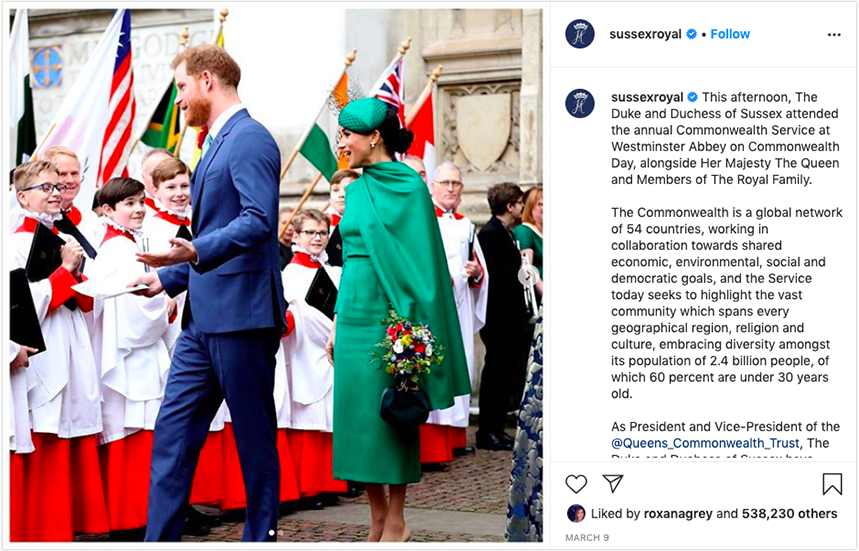 His title is listed as "digital & social media for TRH The Duke and Duchess of Cambridge", a position he took up this month.

Watkins will take a key role boosting the reach of William and Kate's growing @kensingtonroyal Instagram account, which currently has 11.5m followers.

Watkins was digital comms lead to the Duke and Duchess of Sussex From July 2019 until earlier this month.

Writing on Linkedin, Watkins described that role as "representing Prince Harry and Meghan Markle in the United Kingdom & abroad". It included "overseeing the day-to-day management of brand strategy, digital, comms, content creation, copywriting, collaborations & risk management for The Duke and Duchess of Sussex".

In January, Harry and Meghan announced they would step down from official royal duties in the spring and renounce their HRH titles. They are, however, still able to call themselves the Duke and Duchess of Sussex.

Following that announcement, PR experts told PRWeek they believed that although Harry and Meghan's motives were laudable, the move to ditch the 'royal rota' and take a tight rein over media relations could backfire and prove counterproductive.