Business elites are under increasing pressure to step up at this time of crisis, and the hit to their reputation for not doing so can be great. The chief executive of Sky proved a model for other senior business leaders this week when Darroch, whose basic salary is more than £1m per year, pledged to donate six month's salary to help victims of the pandemic. The first £100,000 will go to The National Emergencies Trust, which provides help during major disasters. Richard Branson, Stelios Haji-Ioannou, Tim Martin et al: take note.
John Harrington

Amid some pretty bad PR for the Government this week over (lack of) testing and (lack of) PPE, the rapid construction of the Nightingale Hospital at London's ExCeL centre was proof positive of what can be done when minds are focused. The release of a mind-boggling timelapse video helped the public understand what the task entailed.
Rob McKinlay

Barcelona players responded brilliantly to public sentiment over pay by not only agreeing a 70 per cent pay cut with their club, but going a step further and releasing a statement that stressed the need for the players to be the ones to bear the brunt of the economic impact on the club. The ensured employees can continue to be paid 100 per cent of their salaries for as long as this situation lasts, going above and beyond what was expected of them. The messaging was spot on and displayed a spirit of togetherness and kindness towards colleagues in less fortunate positions. 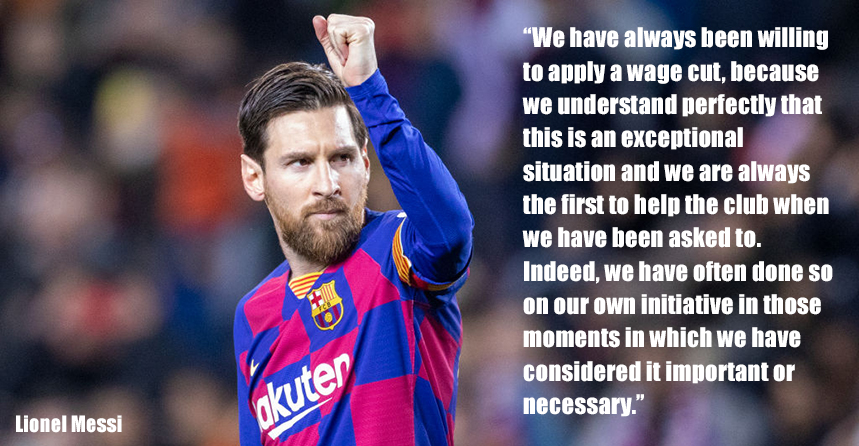 It's what football fans and the wider public expect and need right now, particularly in hard-hit Spain. It’s worth noting, players of other clubs in Europe have also taken pay cuts, and a special shout out goes to Bayern striker Robert Lewandowski for donating €1m to the tackle coronavirus cause.
Arvind Hickman

There are many companies genuinely rising to the challenge during this crisis while others are playing catch up or acting insincerely. As mentioned before in these pages, supermarkets have generally stepped up, but Lidl’s decision this week to deliver bags of fresh fruit and veg directly to hospitals for NHS staff was a master stroke. Not only is the company ensuring that frontline staff can eat healthily and, hopefully, stay healthy for the sake of all of us, it is also saving exhausted staff a valuable commodity: time. This, on top of special shopping hours for NHS staff, shows real commitment, to them and to the country.
Ian Griggs

With the Prime Minister and the health secretary in self-isolation, it felt like the government comms machine was struggling with clear messaging this week. First, transport secretary Grant Shapps said people should only shop for food once per week only to be overruled by Downing Street, which said it should be done “as infrequently as possible”. 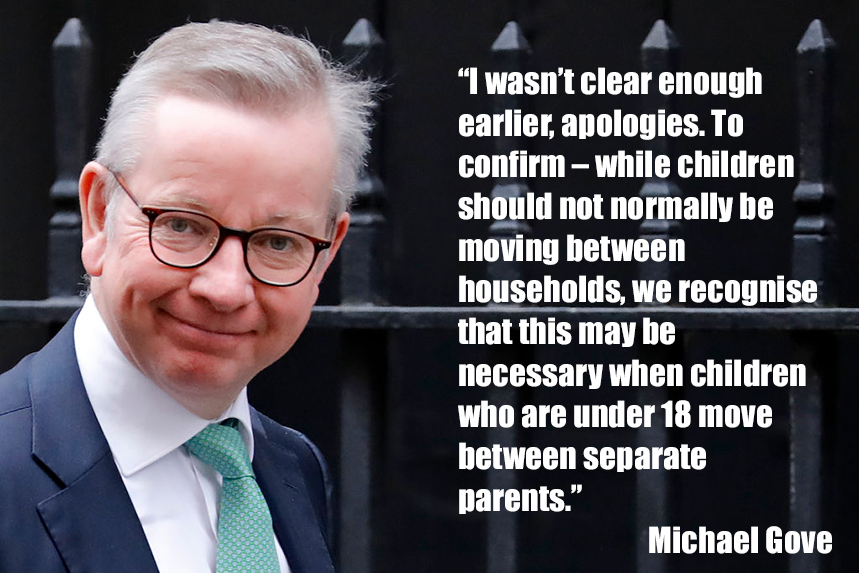 Then Michael Gove told people they should limit jogging to 30 minutes, muddying government guidelines that allow for one form of exercise per day, without a time limit. He further provoked uncertainty by saying that children whose parents are separated should not travel between them, once again in contrast to the guidelines which say they can, and he was later forced to clarify. Caveat: We are in uncharted waters and there is no manual for the Government to follow in this situation.
Ian Griggs

One notable feature of the pandemic has been how quickly reputations have been affected, for better or worse, by how organisations treat employees. Listed outsourcing group Amey received negative headlines this week amid negotiations with a trade union over sick pay for refuse collectors during the crisis. The Guardian quoted a senior human resources employee at Amey, who said “when compared with many other diseases such as normal influenza, the impacts [of COVID-19] on the individual are currently actually less severe”. The 'less severe than flu' line, described as “shocking” by the GMB trade union, may end up haunting the company for some time.
John Harrington

The world champion British boxer severely damaged his reputation after releasing a video informing men how to hit their female partners during lockdown – "if your old woman is giving you mouth". Saunders' subsequent offer of a £25,000 donation to domestic violence charities appeared woefully inadequate. His boxing licence has been revoked, but it's unlikely to be a career-ender, given the sport's history of giving flawed characters second (and third, and fourth...) chances.
Rob McKinlay

The British Boxing Board of Control have suspended Billy Joe Saunders for misconduct following his recent social media video.

Not surprising given his own promoter Eddie Hearn said he was appalled by it.

Billy Joe has since apologised for the post. pic.twitter.com/nOt0OP8HSg

As Barça players receive plaudits, Spurs' squad (and others in the Premier League) have stayed silent since club boss Daniel Levy announced he was placing non-playing staff on furlough. Spurs are the eighth wealthiest club in the world. Receiving taxpayer support for 500-plus staff while your wealthiest employees are on full wage is a terrible look. Levy also publicly pressured players to come to an agreement – suggesting a division beween club hierarchy and playing staff. If players have been told to stay silent by their union, the Professional Footballers’ Association, why not come out and say that? The silence has allowed fans and others, including Health Secretary Matt Hancock, to take control of the narrative and position footballers as not being team players in a time of need, overshadowing some great community work they've done in recent weeks.
Arvind Hickman

As a spurs fan not too often I agree with you. But in this case yr 100%. Absolute disgrace