Bevington, who also served as the managing director of Club England in a 17-year career at English football’s governing body, told PRWeek that footballers, managers and club officials must come together and agree collective pay cuts – an idea that “ties in with the public mood” as the pandemic wreaks havoc on the lives of football fans and communities.

In the past week, Newcastle United and Tottenham Hotspur have faced a public backlash for reducing the wages of hundreds of non-playing staff, while the clubs' first team players continued to receive full salary and benefits.

As a spurs fan not too often I agree with you. But in this case yr 100%. Absolute disgrace

“The way the players and different people have made themselves accessible has been a real positive,” Bevington said. “The tone of how they have communicated has been really strong in the main, and football really has stepped up to play a key role at the heart of [clubs'] communities at this desperate time.

“However, the image and perception of players will be very interesting to look at [over] these next few days and weeks… It would be good if they can take a collective decision that involves the PFA and other bodies come to some sort of agreement that ties in with the public mood as well.”

The average salary for a Premier League player is £3.17m (£61,024 a week) – many times higher than the average pay of their behind-the-scenes colleagues who run day-to-day club operations.

Star players at famous clubs across Europe – including Barcelona, Juventus and Bayern Munich – have agreed to take pay cuts to help clubs survive as leagues and tournament football operations are paused, with no clear restart date in sight.

Tottenham owner Daniel Levy, who took a pay cut when he placed 550 non-football staff on furlough through the Government’s Coronavirus Job Retention Scheme, called on managers and players to accept lower pay to help clubs and the football community survive.

Bevington told PRWeek it is important for everyone in football, including cash-rich FIFA, to pitch in and help out those most in need, including clubs in lower tiers that are now fighting to survive.

“My hope and aspiration is that football as a collective comes together to ensure that the clubs through the EFL pyramid will come out the other end,” he said. 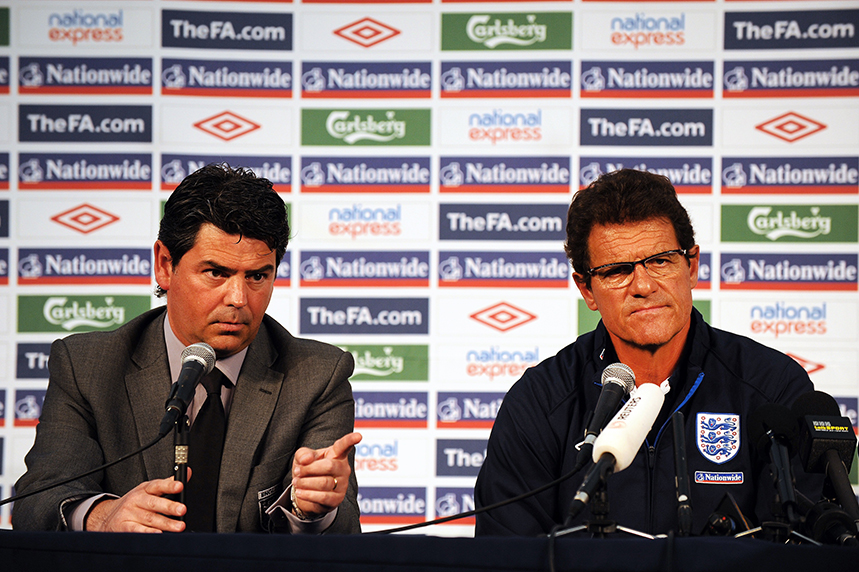 ‘Football community has stepped up’

Bevington was speaking to PRWeek about how the sport had responded to the coronavirus disruption and the communication challenges faced by clubs and administrators during a period of uncertainty.

He said the football community had gone above and beyond its usual outreach programmes to provide support and positive messaging at a time when “sport is secondary” in most people’s mind.

“There’s been some fantastic PR from so many clubs, domestically and in Europe, over the past few weeks, where they have really gotten to the heart of their communities,” Bevington said.

“Football clubs are genuinely at the heart of towns and cities around the country and have an integral role to play in that… communications is a really big part of helping society at this difficult time.”

He reserved special praise for community work and messaging of clubs including Brighton (see below), Stevenage and Aberdeen, as well as Everton coach Carlo Ancelotti, who recently spoke about “understanding the importance of people being isolated at the moment” and contributes to the Blue Family Campaign.

He also highlighted the generosity of Bayern Munich striker Robert Lewandowski, who donated €1m to support the battle against coronavirus, while other Bundesliga stars have collectively raised more than €2.5m for the cause.

In England, Manchester United and Manchester City have united to donate £100,000 to local food banks, with similar efforts at other clubs including Liverpool.

Marcus Rashford raised money to feed 400,000 children (see below), and individuals including Roman Abramovich, Gary Neville and Wilfried Zaha are providing free use of their hotels and rental properties to healthcare workers.

"We get to feed 400,000 children"@MarcusRashford tells @sallynugent on #BBCBreakfast all about his work with @FareShareUK to get food to kids who usually rely on free school meals.
More here: https://t.co/W15HCJPnC2 pic.twitter.com/GJldbJZzQd

“The big challenge is how you fill that void (of having no sport), but also understanding that for most people at the moment sport is secondary. If you are out of sync with society at the moment, that’s a huge mistake,” Bevington said. “You have to maintain that feeling of empathy for where we are and the seriousness of the situation.”

A lifelong fan and former executive of Middlesbrough FC, he also reserved praise for how different stakeholders – the FA, Premier League, EFL, League Managers Association and Professional Footballers’ Association – had come together to handle comms around the the coronavirus disruption.

“There is a lot of good communication going on between all the leagues and the governing bodies during unforeseen circumstances,” he said. “They’ve been sensible so far as a collective in how they’ve communicated and not boxed themselves in with enforced deadlines.”

Bevington, who now works as consultant, hopes the pandemic will provide a reality check for society and how people – inside and outside of football – treat each another.

“We should have a big moment when we come out of this crisis to reset behaviour,” he said.

“You look at the tone of social media in the past few weeks and it is way more positive, helpful, sincere and not aggressive and nasty – it’s a kinder place.

“It is going to be imperative for everyone in the sports industry – clubs, players, managers, commercial partners, sponsors – that they really dial into the mindset of people coming out of this. It is such a difficult time and will be a challenging environment for so many people economically and healthwise. They’ve got to get that right.”