The poll of 45 senior agency and in-house PR professionals, conducted between 27 and 30 March, asked: “How confident do you feel about the future of your organisation right now?” 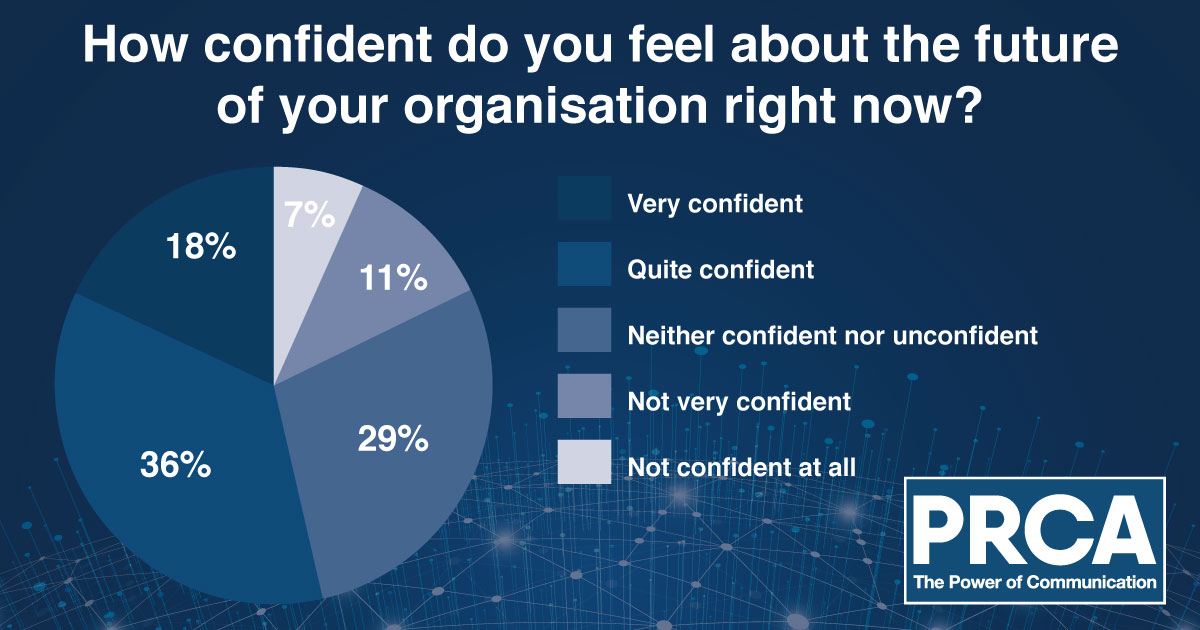 It leaves a net confidence rating of +36.

"Essentially, half of respondents are confident at the moment; a fifth are unconfident; and the rest are neutral. It’s a net confidence score of +36 points. We will be asking the same question of the same group of people every week for the foreseeable future, and reporting their responses, so that we can track how sentiment changes on a weekly basis.”

The findings also suggested that a wide-scale reduction of PR budgets by UK-based in-house comms teams appeared unlikely at that stage, but a significant minority of comms chiefs expected to make cuts.

More positively, WPP said today that in "some markets" it is "seeing additional demand in our PR and specialist communications businesses" due to the crisis.