In this time of crisis, it’s only natural that people look to the country’s most cherished institution, the NHS, to bring people through as safely as possible.

Brilliant moment. It felt awesome to say thank you to every single person caring for the vulnerable in this crisis. As a nation, we will not forget what we owe you #ClapForNHS #ClapForCarerspic.twitter.com/dpypajetMC

So when Annemarie Plas, a Dutch woman in south London, decided to emulate something she had seen in her home country and call on friends to applaud NHS workers - the public responded. A post on her social media platforms went viral, with the message to applaud health workers at 8pm last Thursday, with the result that people made their appreciation heard - and a million NHS staff were left in no doubt as to how much they are valued at this crucial moment.

Nike – 'Play inside, play for the world'

Many brands have been adapting their slogans and logos to communicate practical messages around social distancing and staying at home during the current crisis. Nike's attempt is among the most memorable and fitting.

The sportswear brand put a twist on its usual aspirational messaging to encourage people not to venture outside, and suggesting those who stay at home are like sporting heroes. The US campaign, from Wieden + Kennedy Portland, was released alongside a donation of more than $15m by Nike for coronavirus relief efforts, including food banks and recovery funds.

Another example of a brand responding to the coronavirus era, the magazine received much positive publicity after changing its name and logo from Time Out to Time In, with a new focus on virtual events.

Why we've changed our logo to Time In - for now:https://t.co/EzLKowKuj1 pic.twitter.com/U9fGSWNWMy

As well as a clever bit of creativity, Time Out will hope the goodwill created by the stay-home message will be a benefit once it's safe to venture out again.

"This is an unprecedented situation and this is tough for everyone, particularly a company whose name is Time OUT," group CEO Julio Bruno said. "Our teams worldwide have been responding at breakneck speed, updating everything from content to logos and social media.

"We all need to help one another. What will not change is Time Out's dedication to the cities we champion and love. If you’re going out or staying in right now, we are with you."

Coronavirus is having an impact on areas of our lives which nobody would have thought possible even a month ago and a grim addition to this list is that victims of domestic violence are now trapped in self-isolation with their abusers. 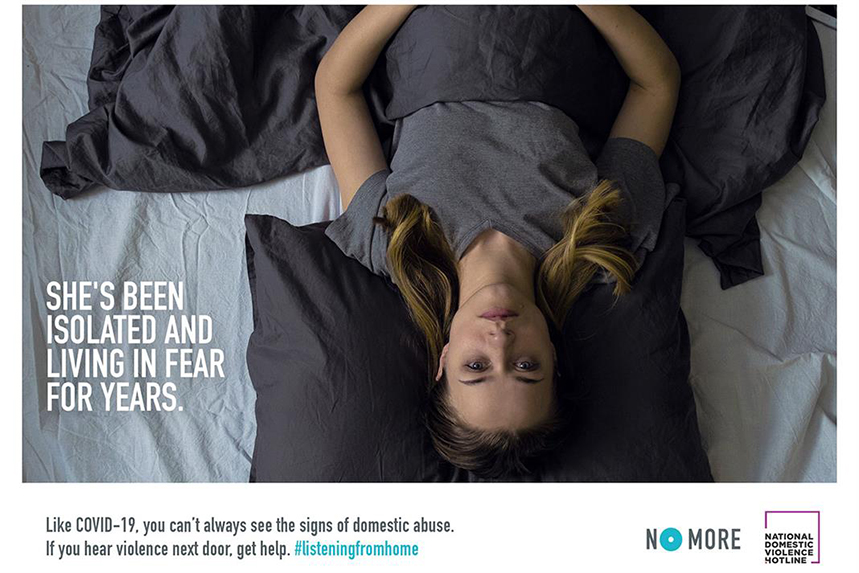 The #Listeningfromhome campaign, for the ‘No More Project’ and the US National Domestic Violence Hotline’, aims to raise awareness of the problem and highlight the warning signs, as well as encouraging people to seek help.

Sport England – Stay In Work Out

Sport England’s ‘Join the movement’ campaign aims to keep a locked down nation on the go – in your living room. It offers creative ideas on how to stay active at home, encouraging people to share their own experiences and join the movement online using the hashtag #StayInWorkOut. 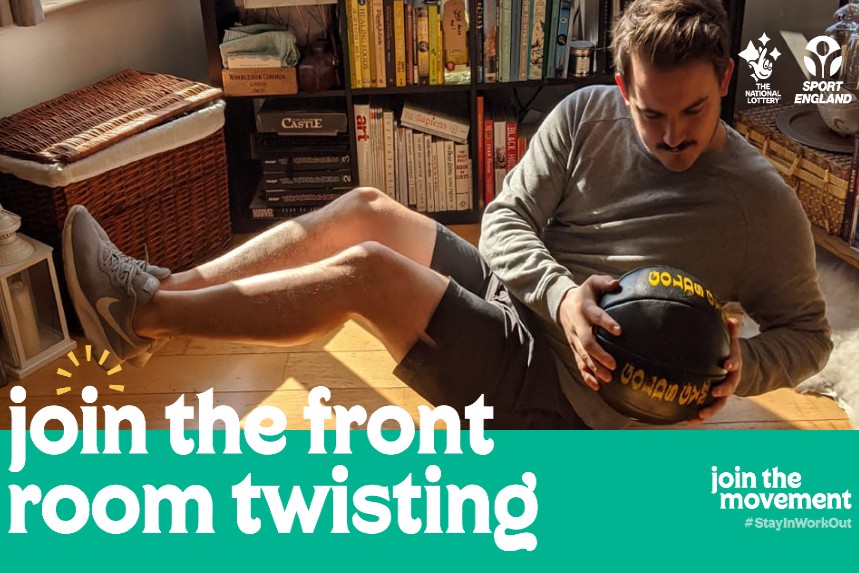 The campaign was created with FCB Inferno, with PR from Red Consultancy, and features workouts from fitness brands and influencers such as Les Mills on Demand, Joe Wicks (The Body Coach), and FiiT.

The campaign ultimately aims to keep the nation physically and mentally healthy during uncertain and anxious times.

In case you missed it: Five Campaigns We Liked in February: your winner revealed