In a past life I spent a couple of years on the stand-up comedy circuit and was lucky enough to perform a few shows at the Edinburgh Fringe. Although my days on stage are a thing of the past (something audiences will surely be happy about considering some of the reviews I received!) I still try to make it up to Edinburgh for at least a couple of days each August.

I honestly believe that there is no greater coming together of creativity, freedom of expression and inspiration in the world. If you dare, I strongly recommend steering clear of the big venues and TV comics you recognise, and instead take a chance and dip your toe into the madness of the thousands of shows that form the free fringe. Yes, half the shows you see will probably be utterly terrible, but for every shocker there will be an unexpected, surprising, hilarious, shocking and inspiring gem.

I am a self-confessed vinyl geek (as anyone who follows me on Instagram will know), so it feels intrinsically wrong to be singing the praises of an algorithm over the joy of chatting to my local record store owner about what I should (and shouldn’t) be listening to… but there is no denying it, the Spotify recommendation algorithm is just really good.

I love discovering new music, and every week the personalised playlist throws up new songs and albums that keep my appetite for new and interesting listening sated. I am a great believer in the power of music to inspire, and particularly in these challenging times where going to gigs and to the record store seem like a distant memory, access to a seemingly unlimited pool of curated music is certainly helping to keep me sane. 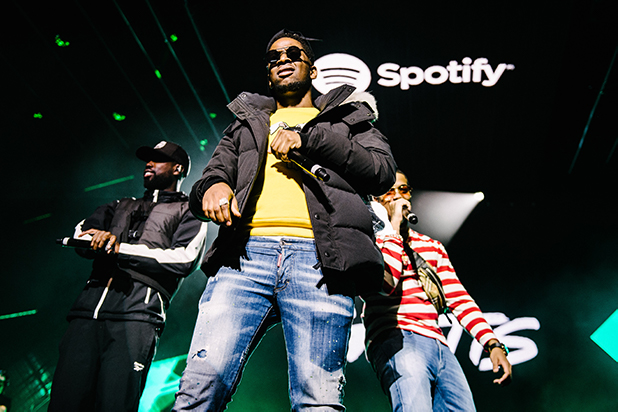 I am lucky enough to get to attend the Cannes Film Festival most years, and what really inspires me about this event is the sheer volume and diversity of films that are constantly being made around the world. There is literally something for everyone, and I love the fact that behind every film there is a producer, writer and director that poured their heart and soul into their project – no matter how niche or avant-garde the subject matter.

Of course, there are the big festival hits that battle it out for the Palme D’Or each year, but beyond the red carpet, what a lot of people don’t realise is that Cannes Film Festival is also the world’s most important film market. Hundreds of sales agents spend the fortnight buying and selling rights to literally thousands of films. A walk through the exhibition centre and a look at the posters and sizzle reels for unreleased films from around the world can be a truly eye-opening and inspiring experience. Whatever your interest, no matter how “specialist”, I guarantee someone somewhere in the world is currently making a film just for you.

Brands that walk the walk

Recent events have really pulled into focus the role of corporate social responsibility and the positive impact brands can make in the world. It is still early days as we all adapt to a post-coronavirus world, and it remains to be seen how many of the commitments being made by brands actually manifest into tangible benefits.

I am however hopeful and encouraged by the number of big corporations that appear to be putting their money where their mouth is in terms of helping support those that need it right now. I truly hope that a philosophy that prioritises people over profits will become the norm in the new world that is being created… that is a really inspiring thought.