Industry leaders have welcomed Chancellor Rishi Sunak’s announcement of a £330bn business loan package, which includes a one-year break from business rates, and an additional £20bn of financial handouts to help struggling businessess.

These measures will provide relief to many PR agencies predicting a downturn in trading in Q2, but still might not be enough for some firms.

Research by PRWeek has found that three-quarters of agency leaders have already seen business opportunities slow and nine in 10 have reported campaign budgets being cut.

A wide-scale reduction of PR budgets by UK-based in-house communications teams appears unlikely at this stage of the COVID-19 crisis, but a significant minority of comms chiefs expect to make cuts.

Despite the gloomy outlook, Citypress chief executive Charles Tattersall told PRWeek he remained optimistic about the industry’s resilience and adaptability.

“Whatever the economic situation, companies and brands need to communicate to remain relevant. Although these will be tough times for many, adversity always creates new opportunities,” he said.

“There has been a rush to preserve cash and cut non-essential spending until companies have some visibility of how long the lockdown will last. This is likely to have a deep impact on agencies that are weighted towards consumer projects or hard-hit sectors like retail and hospitality."

Taylor Herring chief executive James Herring said that while there have been major announcements from the government in the past 10 days, there’s been a "lack of meaningful detail on how such schemes will work in practice, or even how to apply for them".

He warned that "time is of the essence", adding: "Crucially, on the client side, until there’s clarity on these key government measures, their business plans are in total limbo – which, of course, has a significant knock-on effect on future marketing spend and campaign planning."

Steve Strickland, co-founder of Talker Tailor Trouble Maker, is not expecting business to pick up again for another three to four months.

“Purposeful work has changed pace from a jog to a sprint. We will always put creativity ahead of commercials, so we are reviewing and reducing fees where possible to still do great, meaningful, troublemaking work,” he said.

“We are looking at the process around furloughing staff, but see it very much as a contingency option rather than a need. For those businesses that sector-specialise, furlough is an option worth investigating."

Strickland said that one benefit of working from home is a reduction in overheads. Talker Tailor's landlord has given the agency a discounted rate and it is spending less on client and team entertainment. The delay in VAT liability payment deferral is good, he argued, but should go further.

Strickland has also called for more detail on the Government's measures, and simple answers. For example: “Are we claiming back money we need to spend, which impacts cash flow, or are we simply borrowing ahead of time? We know we have options, but for a small business, that hasn’t always been the case.” 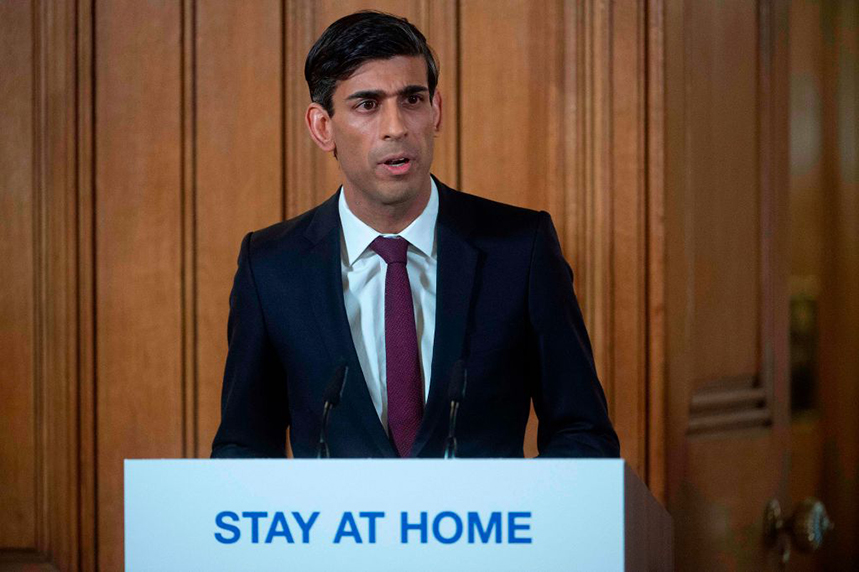 Devil in the detail: agencies are pleased with the scope of the Chancellor's package, but would like more details about its implementation (Photo: Getty Images)

Manifest Group founder and chief executive Alex Myers was surprised by “the lengths this otherwise bumbling government is going to in order to provide state support for business continuity" in a rescue package he described as a "bold move" by the Chancellor.

“The measures announced – especially around the employment protection plan offering 80 per cent of salaries – will help many project-heavy agencies for whom the arse has fallen out of their pipeline and everything has been pushed back," Myers said.

"A principal challenge faced by any service category will be cash flow over the next three months, so the various moves to alleviate pressures there are welcome too – such as business rates and VAT deferral.”

Myers said his agency had seen an impact, but that it was more resilient to survive an economic crisis than it used to be.

“If this had happened a few years ago, however, we might not have come out the other side without serious government support like this," he said.

Nonetheless, he warned of a "shorter, deeper cut" than the last recession in 2008, and added: "I know the majority of agencies are really struggling."

Ready10 founder and managing director David Fraser told PRWeek that business has been stable, but it remains a “concerning time for everyone, and one of adaptation”.

“Our team and our clients have been brilliant. Some stuff has paused – almost all new business has gone on hold and there are a few projects that would have been happening that have been delayed, but this is to be expected,” he said.

“However, we are still continuing in this new normal for almost all of our existing clients.”

Fraser believes clear communication and transparency are important in managing the crisis.

“Lack of communication creates a vacuum and anxiety and, as a result, we have a staff meeting every day now – far more often than we ever would have done before. We tell it like it is, good, bad or uncertain, and everyone appreciates that. We hide nothing,” he added.

CEO and founder at PLMR, Kevin Craig, welcomed the Government’s "terrific support" and said its plans would provide much-needed reassurance in a period of great flux.

"It’s enabled us to concentrate on the most important job at hand – providing insight, advice and support to our clients, when many of them are facing enormous challenges within their own businesses," he said.

“We were pleased to have been contacted directly by senior civil servants seeking to understand the impact on the agency sector, and how they can support our industry, and hope that this proactive approach will continue.

"At the same time, we are, of course, putting in place contingency measures and planning proactively to help the business deal with any eventuality. We hope that freelancers in our industry, some of whom are valued suppliers and friends of the business, will soon be reassured by similarly positive measures.”

Nina Sawetz, MD, Future PR told PRWeek that she was concerned that many agencies will not reopen again as a result of the pandemic.

"Others, especially those focusing on travel and food and beverage, may find they need to diversify from their main sector focus," she said.

"There has been a significant push towards ‘entrepreneurialism’ and business ownership in the past five years, and I personally know of dozens of freelancers across the marketing sector who only recently launched."

Sawetz warned that many freelancers were going to be unable to make ends meet and while Business Interruption Loans are available to them, many will not be able to commit the required security to apply for these.

She urged agency bosses to think of freelancers as part of the team and pay them as they would their full time staff.

"It’s going to be a hard ride for all of us in the sector over the next few months, but by working together and looking out for each other, we can ensure the hardest hit are supported as much as possible,” she added.