A conversation about marketing in New York with Paul Chibe, president and CEO of Ferrero North America, suddenly takes an unexpected jump into warp speed.

“You have to give them the opportunity to learn on their own,” Chibe says of his marketing agencies. “There’s a famous quote from a Star Trek movie: ‘For everything there is a first time.’”

That line is uttered during The Wrath of Khan as the crew of the U.S.S. Enterprise takes on the infamously “no-win” Kobayashi Maru training exercise.

While Captain James T. Kirk beat the test by cheating, Chibe’s analogy is meant to inspire his agency partners to “take measured risk, because you can’t get to great marketing without taking some risk.”

That desire to deliver a creative experience should drive all of Ferrero’s marketing, including PR, he adds.

“I’ve seen some agencies held accountable for a joint decision made by the agency and the company,” he adds. “And that’s not fair.”

This unusual concern for the welfare of marketing services suppliers may be explained by the fact that Chibe previously served as U.S. CMO for Anheuser-Busch InBev for three years — so he knows how the game works.

Over the course of his tenure, Bud Light switched agencies several times, bringing to an end its 30-year relationship with DDB. It hired McGarryBowen briefly, moved the account to Translation and then to BBDO. After Chibe left Bud Light amid falling sales, the beer company axed its relationship with BBDO and hired Wieden + Kennedy.

Before that, Chibe had an 11-year stint at Wrigley, serving most recently as VP and GM for its U.S. mint and gum business. He also held several marketing roles at Wrigley, as well as Quaker Oats and Leaf, which was acquired by Hershey Foods in 1996.

Ferrero’s future in the U.S.

Chibe’s Star Trek riff is colorful, yet appropriate for the site of this conversation — a pop-up shop called Sweeteasy, which is being used for the long-awaited launch of globally famous chocolate bar brand Kinder Bueno into the U.S. market.

Nearby in the pop-up, a slide plunges visitors into a basement bar with live jazz music and chocolate and hazelnut cocktails. Like the New York speakeasies it draws inspiration from, Sweeteasy is an invite-only event. Ferrero wants to “let people in on the secret of how amazing” Kinder Bueno is, Chibe says. 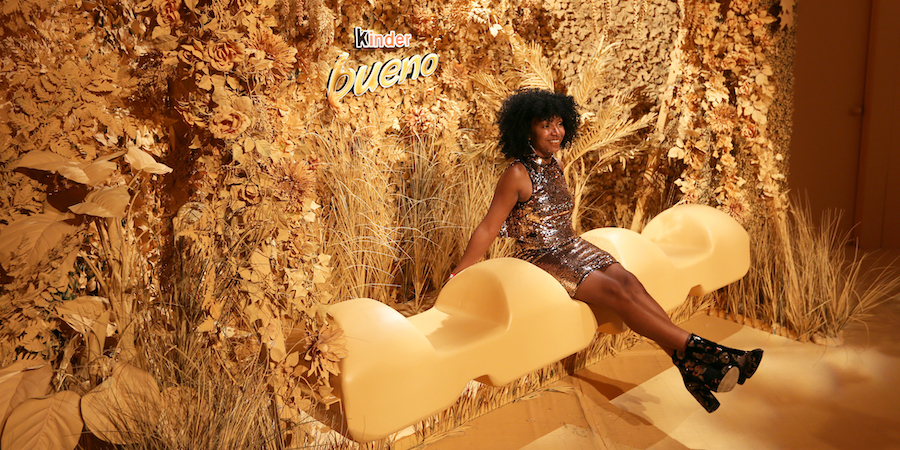 He compares Ferrero’s push to launch new products in the U.S. confectionery category to the rise of Lexus: Luxury cars was a crowded category and nobody thought there was room for another brand. Still, the Japanese automaker prevailed.

“There’s always room for quality,” Chibe says. “We have excellent products. We take incredible care and invest in ingredients like no other company. And it shows in the consumer experience when they eat the product.”

Ferrero first entered the U.S. in 1969 with Tic Tacs, he explains. The company later launched Ferrero Rocher, Nutella and Kinder Joy. U.S. sales are up 18% in the past year.

While Kinder Bueno has limited name recognition in the U.S., Chibe later says in an email he’s “confident it will track similar to Kinder Joy.” The chocolate egg with a toy inside it launched here in 2017 and is now a $200 million brand.

American consumer habits are changing, he explains. They’re more “sophisticated” — more “discerning.” While some food and beverage brands have struggled to keep pace, Chibe seems game for the challenge.

“[Americans] want to understand more about what’s in the product, where it’s from,” Chibe adds. “Provenance matters — that’s why you see more local products rising in the marketplace.” 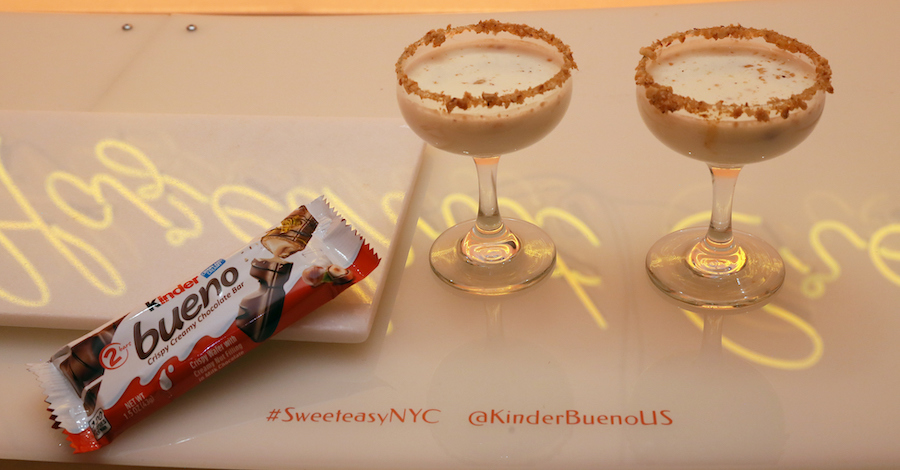 In late 2019, Ferrero pledged to make all its packaging 100% reusable by 2025. The story drew a few headlines, but Chibe says that ethos pervades the company, harkening back to its origins in the aftermath of World War II.

Ferrero was founded by an Italian baker, Pietro Ferrero, in 1946. After chocolate became scarce and expensive, Ferrero invented a new hazelnut-chocolate cream that would eventually become Nutella, the cornerstone of Ferrero SpA.

In the early days, Ferrero bussed farmers from the countryside to the plant as a way to create jobs while ensuring the employees could stay where they lived, Chibe says.

More recently, Ferrero investigated a new “greener” material it might use as part of its packaging pledge. Publicly, the company appeared to be trying to do right by environmentalists; but, in reality, the material would’ve increased its carbon footprint.

As a result, Ferrero axed that part of the initiative, Chibe says. “We want to make a proper impact on our community and planet,” he adds.

In the decades since, Ferrero grew into a highly profitable chocolate empire, according to Forbes. The company made no acquisitions until Giovanni Ferrero took over as chairman in 2017. Now, it’s aggressively pursuing growth by pushing into new markets and acquiring other confectionery businesses, starting with a $1 billion deal for Ferrara Candy.

“To take advantage of this growth, we’re expanding our footprint in the market, with new facilities and offices in Pennsylvania, Illinois, Washington, DC, and more to be announced in the coming months,” Chibe adds.

In Vulcan terms, he will hope these developments enable the former marketer to “live long and prosper” as a CEO.