The criticism was prompted by the results of a PRWeek investigation which has revealed how Portland appears to have breached the code.

The Public Affairs Board (PAB) code states that: “Members must not: Employ any MP, MEP, Member of the House of Lords, or any member of the Scottish Parliament or the National Assembly for Wales or the Northern Ireland Assembly or the London Assembly to conduct public affairs in any capacity.”

Former health minister Lord James O’Shaughnessy joined Portland last July. He said last year: “I am looking forward to working with Portland’s clients as they seek to analyse and understand the complexities of the current political environment."

The Conservative peer was listed as “James O\\\'Shaughnessy” in Portland’s declaration of “Practitioners (employed and sub-contracted) conducting PA activities” in the current register.

His entry on the current register was deleted after PRWeek approached the PAB with its findings.

However, he remains listed on successive editions of the register dating back to last June.

O'Shaughnessy’s role as a member of the agency’s Advisory Council, which started on 1 July last year, is to support the firm’s senior management team with the growth of the agency globally and in the UK.

He previously worked at Portland from 2012 to 2015 as its chief policy adviser.

During his time in government, Lord O'Shaughnessy worked on areas such as NHS Digital and the Life Science Industrial Strategy.

A second potential breach of the code – this time involving the use of parliamentary passes – has emerged involving a former senior consultant at the agency.

The PAB’s code of conduct states: “No person required to appear on the Public Affairs Register may hold a pass conferring entitlement to access to the Palace of Westminster, the Scottish Parliament, the National Assembly for Wales, the Northern Ireland Assembly, the Greater London Authority, or their associated departments or agencies, except with the explicit written and public permission of the Public Affairs Board Executive Committee, and only then in truly exceptional circumstances.”

To date, such an exemption has only been granted to the London Communications Agency, which has clients who are working on Parliament's Northern Estate and Westminster restoration programmes.

However, one of Portland’s former senior consultants, who started a new job working for Conservative MP Laura Trott last week, was issued with a parliamentary pass while still employed by the agency.

She is listed as “Senior Consultant, Portland Communications (political consultancy and public relations agency)” on the current Parliamentary register of interests of members’ secretaries and research assistants, dated as at 7 February 2020.

The individual recently left Portland and now works for Trott, who was a partner at Portland prior to being elected to Parliament in the December general election.

The former consultant told PRWeek: “My contract ended at Portland on 28 February and I started at this office on 2 March, so there's no overlap.”

She added: “In order to start here I’d have to have the pass approved, so that is why the pass was done, nothing was used until [my employment at Portland had ended].”

Failing to meet the standard

PRWeek passed details of the apparent breaches to the PAB earlier this week. This resulted in Lord O’Shaughnessy’s name being deleted from the current register, although he remains listed in previous versions dating back to last summer.

The PAB executive committee’s aim is to "ensure transparency, enforce high standards and promote a wider understanding of public affairs and the contribution it makes to public life." Its co-chairs, Emma Petela, director at GK Strategy, and George McGregor, managing partner at Interel, (pictured below) did not respond to requests from PRWeek for comment. 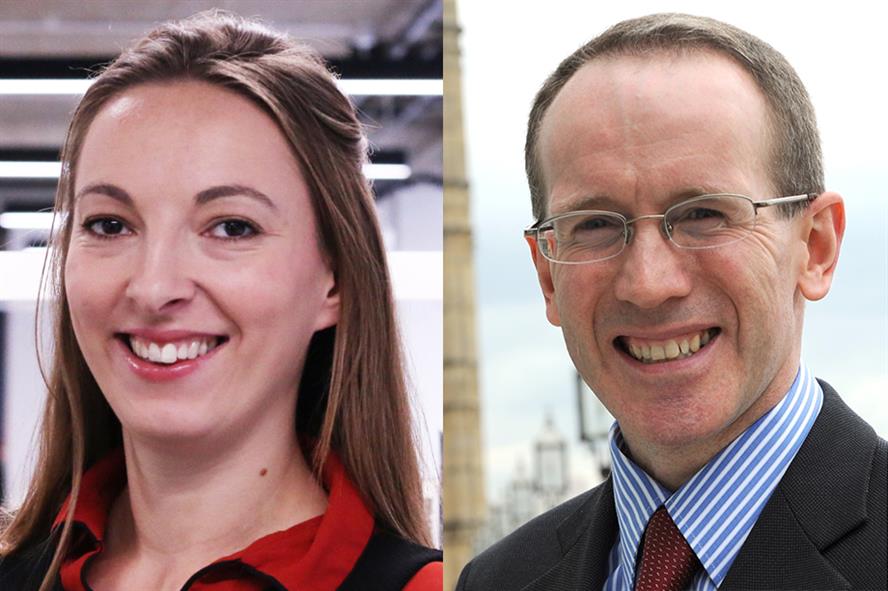 A PRCA spokesperson told PRWeek: “All members of the PRCA Public Affairs Board are bound by its code of conduct, which makes clear they need to submit an accurate quarterly return detailing all relevant consultants. It is clear that for consecutive quarters the entry from Portland did not meet this standard.”

They added: “Our code also makes clear that Members of the House of Lords must not conduct lobbying activity. Lord O’Shaughnessy’s inclusion on the register was brought to our attention on Monday 9 March. We immediately contacted Portland and were informed that this was an administrative error.”

The spokesperson said: “Portland had mistakenly included the names of all members of staff in their register entry, rather than those who work on public affairs. The record has since been updated.”

The PRCA claimed that this is not the first time that the PAB register has contained a mistake made by a public affairs agency, but was unable to provide details of how many times such ‘administrative errors’ have occurred.

“We have written to Portland to remind them of their duty to ensure all future entries are accurate and will ask them to undertake additional training. They have given assurances that such mistakes will not be repeated. We have also introduced measures internally to improve oversight on all entries and reduce the risk of similar issues occurring in future,” the spokesperson said.

They added: “We immediately contacted Portland and were told [the empoloyee] had left her role at Portland on 28 February. Her pass was sponsored by an MP whose team [the employee] joined on 2 March. We are seeking clarification as to when her pass was issued.”

There has yet to be any formal complaint over the potential breaches of the code. If a complaint is made and Portland is found to have breached the code, it could face being expelled from the PRCA.

PRWeek understands that the issue is creating division among members of the PAB – which was created in 2018 after the merger of the Association of Professional Political Consultants (APPC) with the PRCA.

The development comes amid renewed scrutiny of the work of the PAB, with a review of its code currently underway.

Portland is one of the PRCA’s biggest members, paying some £37,800 a year to belong to the trade body.

It has more than 200 members of staff and represents clients such as Pfizer, Barclays, Diageo, the Government of Kazakhstan, and Shell.

Portland did not respond to requests by PRWeek for comment.

Editor's note: Following publication of this story, the register was updated to remove all previous mentions of Lord O'Shaughnessy dating back to June 2019.