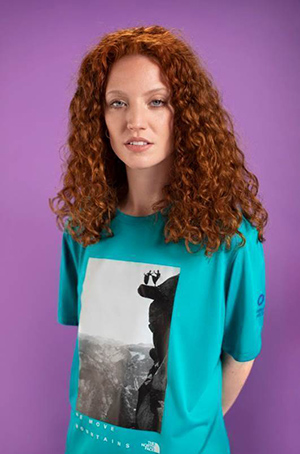 Outdoor gear company The North Face has released a collection to mark the pivotal day in the women’s rights movement.

Designed, created and marketed by an all-female team led by Jordanian women’s rights champion Oryana Awaisheh, the collection is the first to be produced by a new factory in Jordan staffed entirely by women (above).

Awaisheh herself has risen from translator to executive manager at the Jerash Garment Factory, which provides more than 500 new jobs and other opportunities for women and their families.

Awaisheh believes the campaign is the perfect way to highlight the remarkable women behind the scenes. “The world contains more skilled, talented and ambitious women than ever and I’m incredibly proud to be able to partner with The North Face to showcase the work of just a small number of these amazing women,” she said.

Fentimans launches ‘She Is Fearless’ campaign 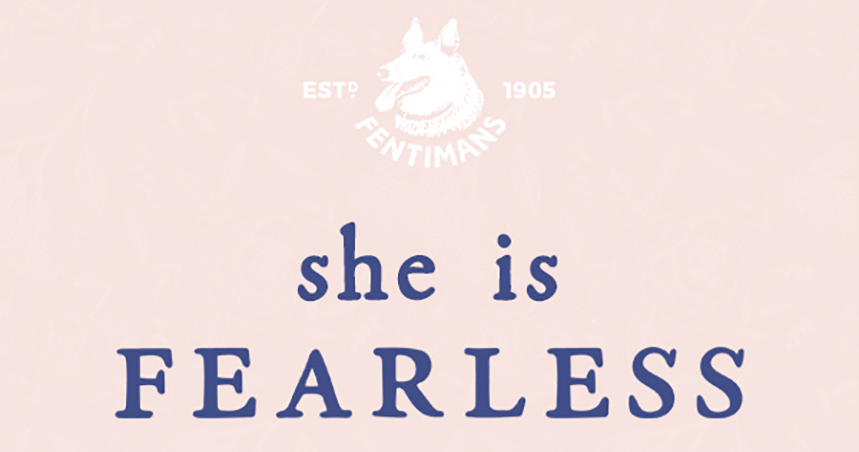 Botanical drinks maker Fentimans is marking IWF by celebrating all the fearless women who support, inspire and drive the drinks industry with a campaign that runs throughout the month.

The company is inviting people working in the industry to nominate women whose individual actions, behaviours and mindsets have contributed to making a difference in the world of drinks and hospitality, from suppliers and bartenders to brand ambassadors, back-of-house staff and all areas of retail.

Fentimans said that "ultimately, equality is not a women’s issue, but a business issue, and without gender equality, economies, communities and brands will fail to thrive".

All nominees will receive a Fentimans ‘She is Fearless’ award at their place of work. You can make a nomination by visiting www.fentimans.com/sheisfearless.

“This is the decade that…”

Media Zoo, the creative communications agency specialising in PR, film and learning, is using IWF as a chance to not only reflect on progress made for women in the past decade but also recognise how much further there is to go to achieve true equality.

As an agency that was co-founded by a female entrepreneur, Rachel Pendered, the Media Zoo crew were asked what their hopes and ambitions were for gender equality, and to finish the sentence: “This is the decade that…"

This film is about pushing for more, standing up and being counted, because organisations with gender equality are more successful and benefit everyone.

Camden Town Brewery and W Communications have created an all-female foosball table in partnership with Arsenal FC to raise awareness of the gender imbalance in British pubs, following research that more than half of Brits think that women’s football is underrepresented in UK pubs and bars.

The first all-female foosball table created with a Premier League team, the Camden x Arsenal table has been installed at Arsenal FC fan pub, The Victoria Tavern in Islington, where it will remain throughout March for customers to use. 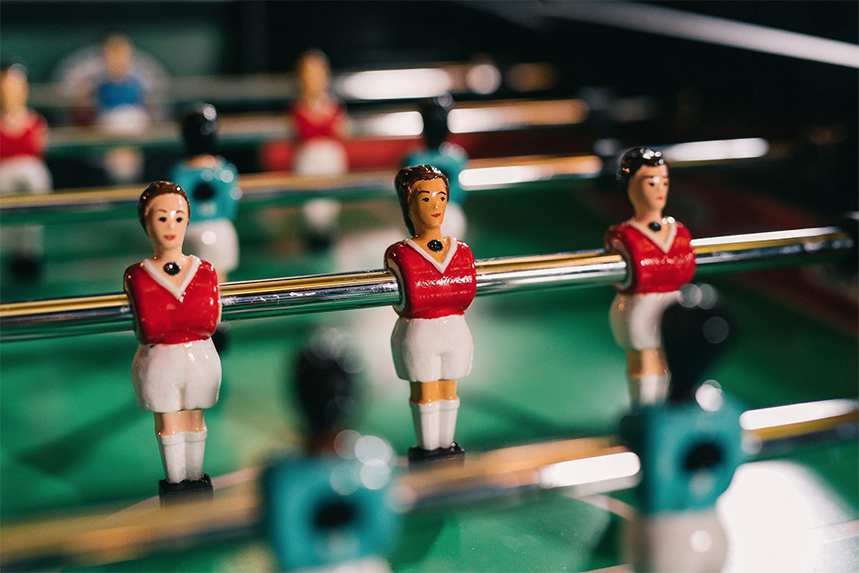 It costs £3 for a game on the table, with all money raised going to The Fawcett Society, the UK’s leading membership charity for gender equality.

The media is increasingly aware of the need to represent the diversity of its audiences, and some of the world's biggest media organisations are working on achieving gender balance in the experts they interview.

However, the news is fast-paced and editorial staff naturally tend to rely on their established network of contacts for commentary, which can result in a man voicing the lead opinion on an issue primarily involving or affecting women, or a panel interview with a gender, geographical or social bias. It means reporting and influence on issues of the day may not be representative of the community, particularly given the increasing role of women in all areas of public life.

The Cynthia Nixon-narrated Girls Girls Girls magazine video ‘Be A Lady They Said’ hit 650,000 views in just a week, and is a commentary on the pressures of being a woman and the contradictory messages about the way women should look, speak, and behave in the media. We think it's great.

Creative PR agency Tin Man has made its own tongue-in-cheek PR version of this video.

In partnership with social impact communications agency Shape History, Voices of Faith as part of the Catholic Women’s Council has launched a cross-cultural and multilingual call for equality and dignity for women in the Catholic Church.

Despite significant moves forward in women’s rights in recent times, the Catholic Church has instigated remarkably little change as one of the oldest institutions in the world.

Women will be encouraged to wear white and bring candles to symbolise the light this campaign aims to spread amid the darkness of the current Catholic Church facing sexual and power abuses.

The campaign’s visual identity is inspired by Corita Kent, an ordained Catholic nun whose vibrant pop art in the 1960s attracted international acclaim from the likes of Andy Warhol.

The Sun on Sunday will be dedicated to IWF 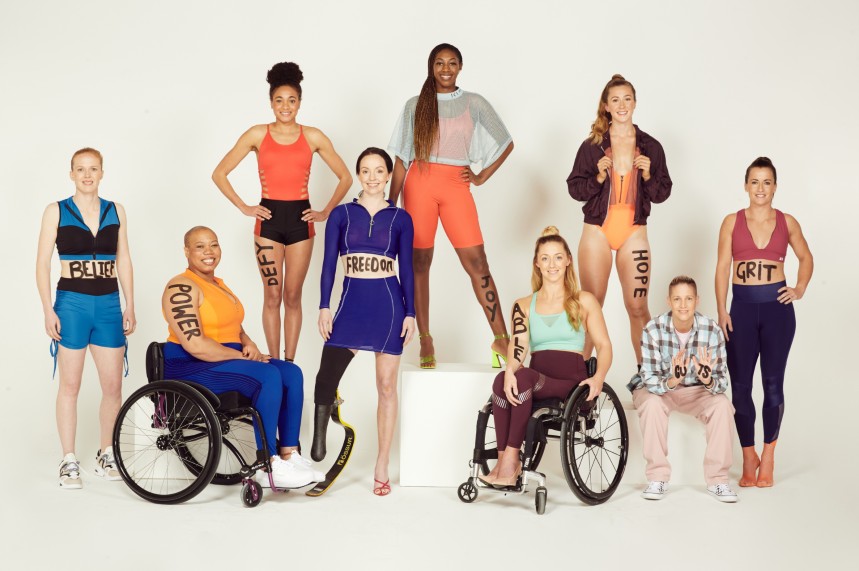 Led by newly appointed editor-in-chief of The Sun, Victoria Newton, the edition will focus on women’s issues, advice, and champion some of the UK’s most inspirational women, across news, features, Fabulous and its front page.

Throughout the paper, there will be interviews with athletes from The Women’s Sport Trust, who have broken down barriers, honest advice from celebrities who have overcome bitter adversities, and inspirational stories from some of Britain’s leading women.

Does this sit comfortably with you?

VCCP creative director Laura Muse has created a project to mark IWD that features a series of cushions embroidered with subtly gendered phrases that men and women still use in the workplace.

The one-off initiative is designed to call these out and act as a gentle reminder for all of us to be mindful of the language we use in the workplace.

Working with typography designers from VCCP and Biff from Jelly London, Muse provided each with phrases which are recognisable to everyone, that include ‘You're funny, for a girl’, ‘Just get one of the girls to organise it’ amongst others. 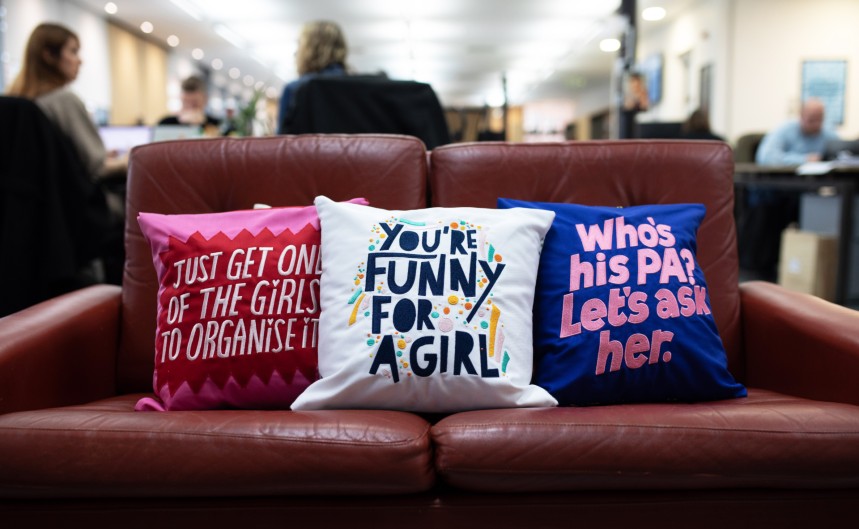