Leicester Square is world-renowned for hosting most of London’s movie premieres (Premier runs a large majority of these), but only a small number of visitors get to experience a red carpet. We needed to find an engaging and accessible way to allow all visitors to tangibly experience Leicester Square as the Home of Film, by day and night.

We looked at landmarks like Hollywood's Walk of Fame and how it has used the universal appeal of film, movie stardom and selfie-power to attract visitors.

But what if we took it further and created genuinely artistic and interactive sculptural pieces that harness the public’s love of film, bringing to life iconic moments that allow the public to put themselves into the scenes they love?

Once we’d landed on the concept, we were fairly singular in our recommendation. Other ideas considered but rejected were a Las Vegas style welcome sign and a concept based on bringing to life famous movie quotes through neon decorations.

The level of planning and volume of stakeholders was like nothing we’ve ever tackled, but we knew as an agency we were better placed than any to handle it.

Our client, Heart of London Business Alliance, was core to this through their close relationships with local businesses and Westminster City Council. This supported our existing relationship with the Council through premieres, stunts and major events. Premier’s relationships with film studios was also key to enabling us to gain access to the crucial entertainment IP.

This process began fifteen months ago. We knew the IP process would take time, as would securing locations. This involved drafting complex agreements with building owners, tenants and parks teams. This all had to be in place before the council would allow a consent application.

Once green-lit we began the six-month production process, alongside planning a launch campaign that would be worthy of the ambition of the trail, giving each statue its own unique unveiling moment through dance performances, choirs and movie talent.

Every day threw logistical challenges as we circumnavitaged uncharted territory, handling sensitive IP and lengthy negotiations with the council and building owners. But landing on the eight statues was perhaps our biggest challenge. This involved a national favourite movie scene poll and lengthy development process ensuring scenes naturally integrated with the locations we had available, before finally taking the ideas to film studios. 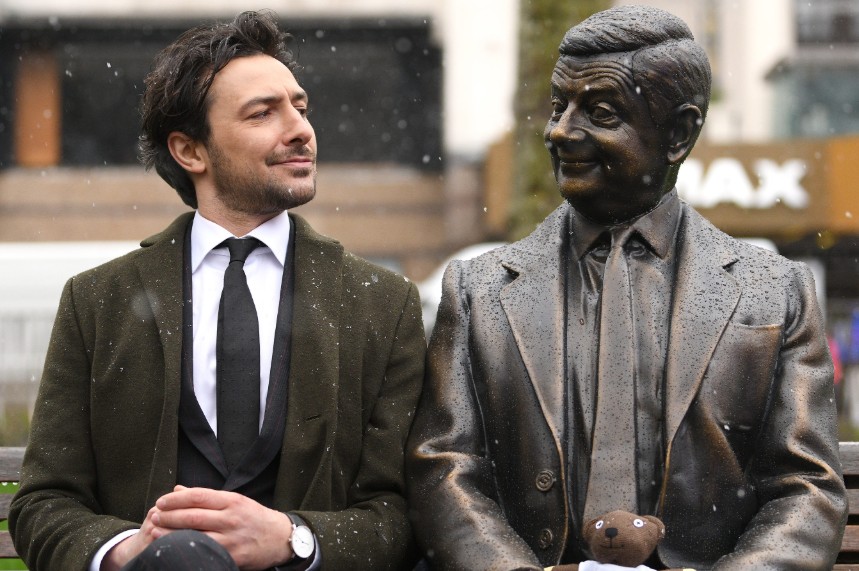 The core measure of success will be the interaction and perceptions of the statues by visitors to Leicester Square. This will be monitored via research to measure footfall and dwell time, social engagements and sentiment analysis.

Press coverage and social buzz is of course a crucial early measure of success. Coverage has exceeded expectations, with over 250 pieces, including 10 TV news items, 25 print stories and over 70 radio hits. Social impressions are over 90 million, and during the first week a selfie with one of the statues tagging Leicester Square was posted every three minutes. @DiscoverLSQ has already seen a 30 per cent increase in its following just days into the campaign.

If you truly believe in an idea, never take no for an answer. There were many detractors who said we could never get the IP or council permissions for Scenes in the Square, but sheer determination and the team’s knowledge of their field overcame these hurdles to create something that we hope will stand the test of time.