I was lucky enough to get a real insight into the moments that molded some industry icons into the people they are today at a dinner last fall. 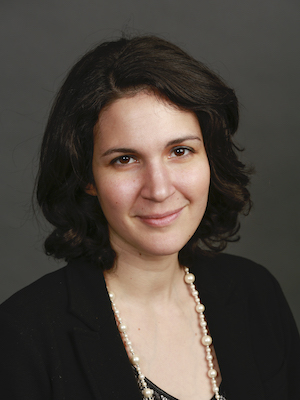 Kindred Collective, which co-hosted the all-female event with The 3% Movement’s Kat Gordon and Sway Effect’s Jennifer Risi, asked attendees to share the word that best described their childhood and why.

My word: “Creative.” I explained how my father had built a “movie studio” for me in my basement when I was 9. Technically, it was just a video camera attached to an old TV that showed what was being filmed in real time. But it was a creative outlet for my friends and I growing up that inspired us to write scripts, design backdrops and improve upon our quite questionable acting skills. I still have and treasure the “basement tapes,” which my old pals often ask me about (likely because I could so easily use them as blackmail).

But when I think about what led me to my career, that’s where the seed was planted.

“Lucky” was attendee Caroline Dettman’s word. The 2019 Hall of Femme honoree explained how her parents always had her back. Dettman told a story about her mother taking her to see Grease when she was 6 and telling her right after, “Never, ever change for a man.” And she hasn’t.

Now, Dettman runs Have Her Back Consulting, a firm that works with companies and brands to advance equity for women.

Other stories were not so sunny and included themes of resilience and bravery.

“I’ve always felt an outsider, everywhere, which is good because that brings its own freshness and objectivity of perspective — and I’ve always had a lot to prove,” Gallop told me of how the experience shaped her.

A childhood experience — good or bad — really can determine someone’s future career choice or even their success.