PRWeek's Five Campaigns We Liked in February contest was eventually won – with more than half the votes – by Starbucks, with a film to highlight issues that transgender people face in society. #WhatsYourName was produced by Iris is a partnership with Mermaids, a UK-based LGBTQ charity.

In second place this month was 'UNsanitary', a campaign by social enterprise Hey Girls and The Big Issue, launched to raise awareness of how poverty-stricken girls and young women are forced to use unhygienic alternatives to sanitary products. 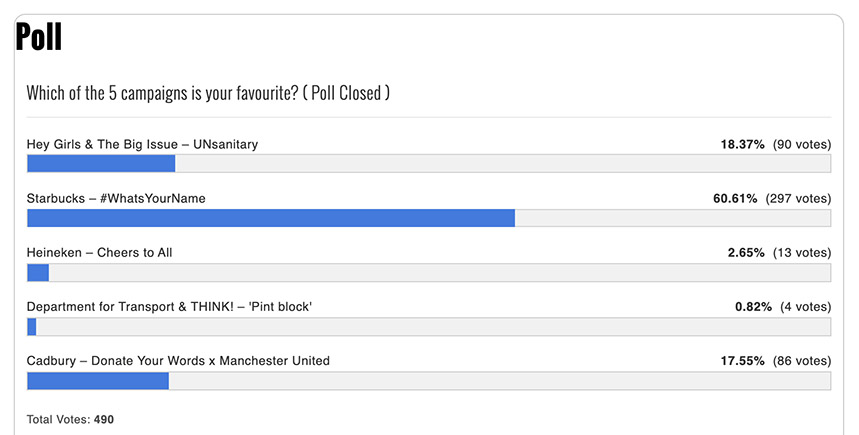 This powerful campaign tells the story of a transgender man in various situations being called by the name he was assigned at birth, Jemma, to his obvious discomfort. In the film's final scene, he uses his new name - James - when asked at a Starbucks store. The campaign from Iris is a partnership with Mermaids, a UK-based LGBTQ charity.

The coffee chain is often the butt of jokes for its policy of writing customers' names on cups. This was a clever way of inverting the trope that fits with the progressive image it seeks to portray.

Five Campaigns We Liked in January: your winner revealed