The poll, by YouGov of 100 MPs of all political stripes from the 2019 intake, was carried out on behalf of WA Communications in January.

Just over 100 MPs were polled, including 40 from the Conservative Party and 40 from Labour, and the data was also broken down by gender, regional constituency and which parliamentary intake the MP was originally from. 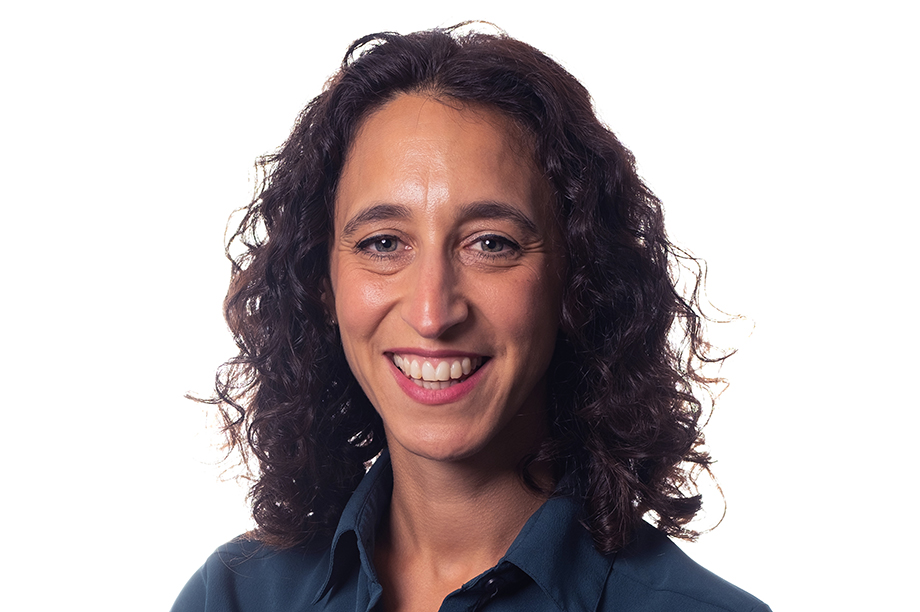 Commenting on the study, Caroline Gordon (above), health director at WA Communications, said: “It should come as no surprise that politicians place high importance on the prevention agenda – Health Secretary Matt Hancock’s message has cut through. With a new parliament and large government majority, we may see growing political momentum to turn prevention into a reality.”

Nearly 70 per cent of MPs believe the NHS should “direct more resources towards prevention, rather than increasing funding for new treatments,” up five percentage points from when the same question was asked last year. 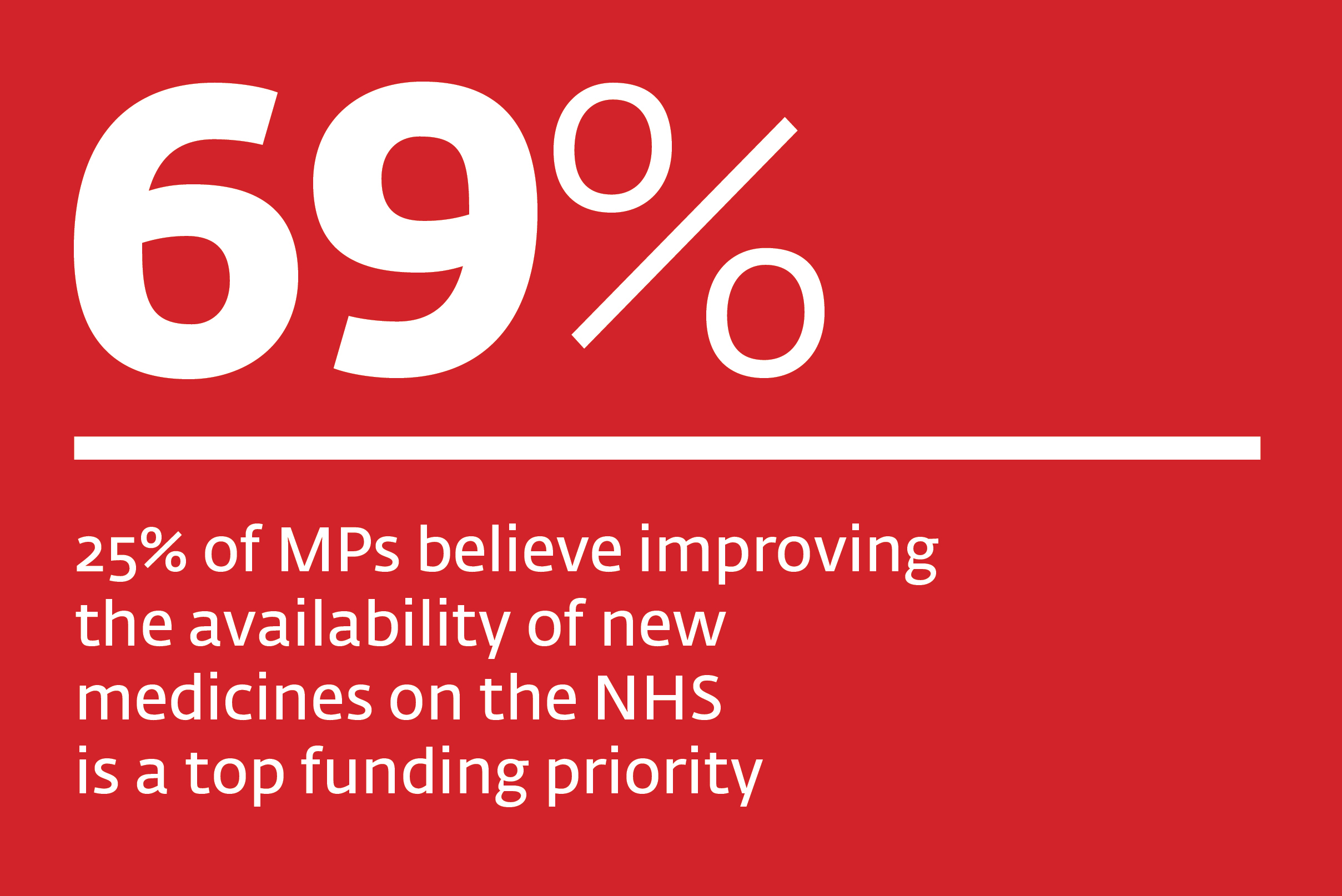 The findings highlight the growing prevention agenda among politicians as concern increases for the future funding of the NHS and how to look after the health of a population which is living for longer. 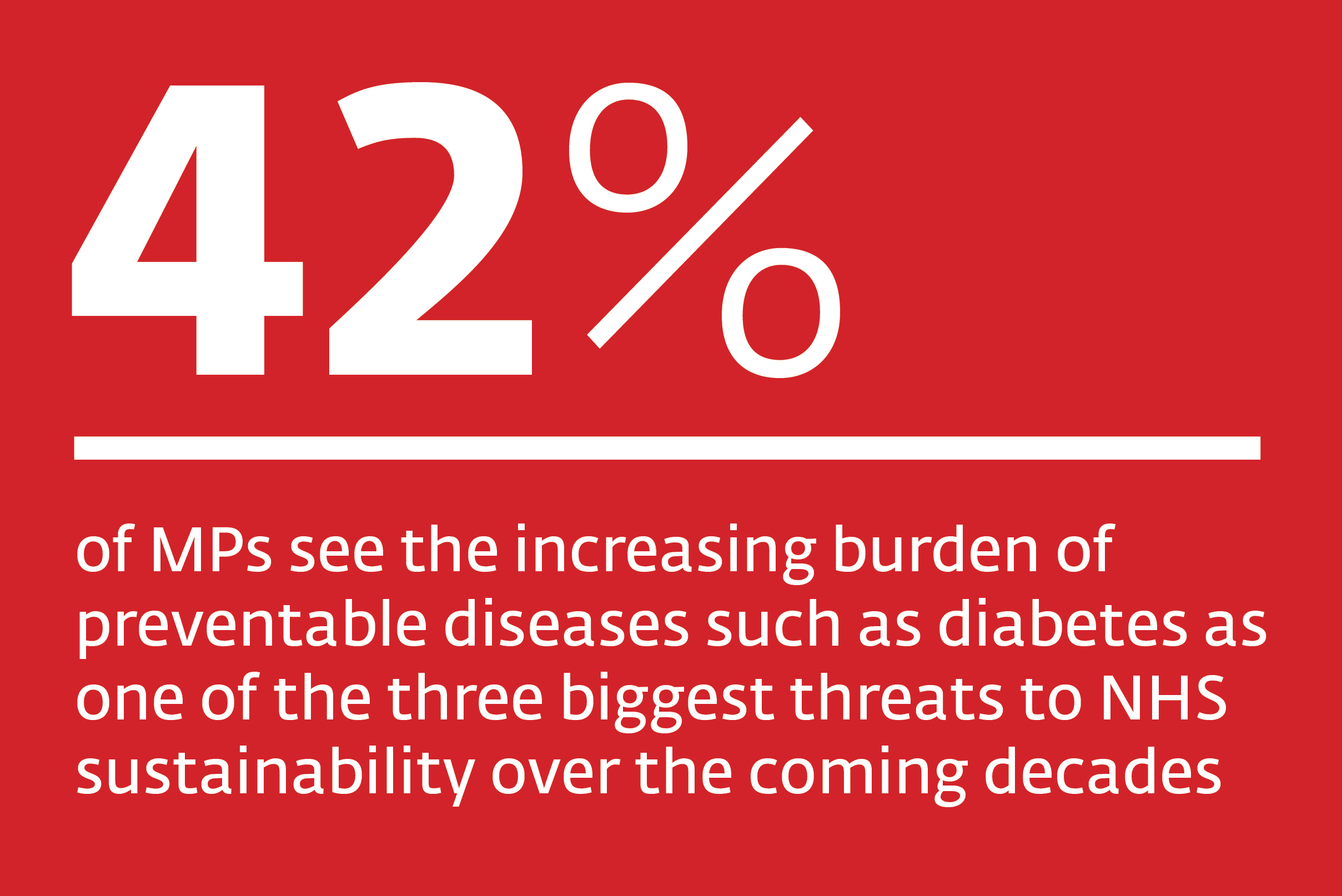 Campaigns such as Public Health England’s (PHE) 'Change4Life' and 'Stoptober', which are devised and delivered by Freuds, are at the forefront of the prevention agenda.

Susannah Cannon, deputy director, external communications, at PHE, said the findings should be seen in the context of a growing trend toward prevention being placed “centre stage”, as evidenced by the NHS Long Term Plan and the Government’s Prevention Green Paper.

She added: “Prevention is at the heart of PHE’s successful public health campaigns – ranging from encouraging people to attend cervical screening to taking their mental health as seriously as their physical health. We are delighted to see the results of this poll, as action is needed from all parts of government, national and local, to truly tackle health inequalities wherever we can.”

The poll findings could open the door for many more of these types of campaigns from public health institutions and the agencies that service them, as people are urged to take better care of – and responsibility for – their personal health throughout their lives. 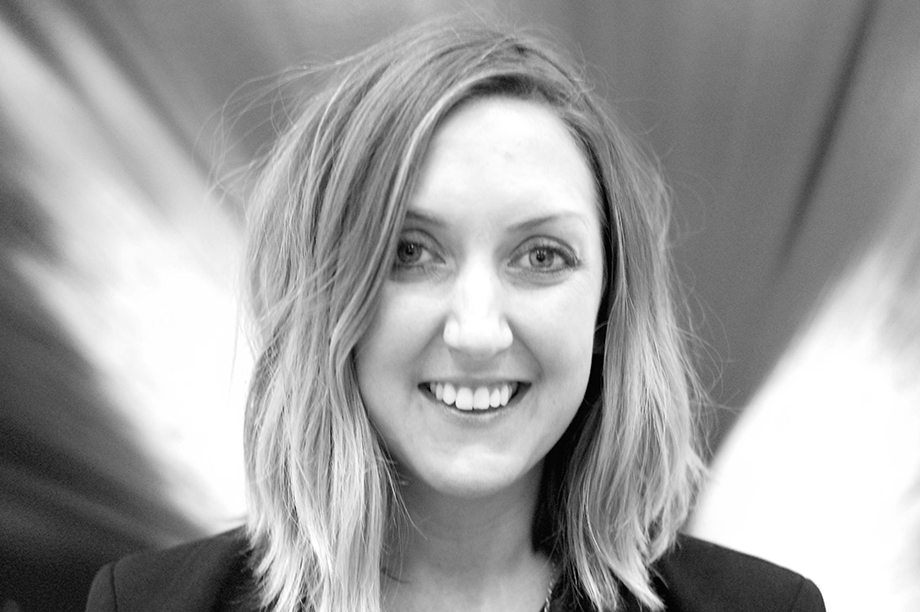 Julia Bainbridge (above), head of Freuds’ health and behaviour change practice, told PRWeek: “Of course prevention is better than cure – late diagnosis means more costly and complicated treatment, with less positive overall outcomes, so it’s encouraging to see MPs’ acknowledgement of the importance of the prevention agenda and the need for major and targeted, supportive campaigns where they are required to prompt behaviour change.”

Bainbridge added: “These are not binary arguments and we should be careful not to oversimplify through the use of attitudinal statistics. We also need R&D into new treatments (including vaccines), as well as diagnostics for better treatment and care overall.”

A golden age for healthcare campaigns?

The survey results could point towards a new era for healthcare communications and prevention campaigns, devised by the sector.

David Berkovitch, head of UK healthcare at 3 Monkeys Zeno, said agencies had been delivering disease treatment campaigns for years and that the survey would be music to the sector’s ears.

He said: “These results spotlight a growing opportunity for even more prevention campaigns that focus both on the individual and societal benefits of better health. Campaigns telling people they need to make changes to their lifestyle need message repetition across multiple touchpoints, so integrated agencies fuelled by creatively brave ideas that truly engage and move people to change their behaviour are likely to be well positioned for this work in the future.”

The challenge for the pharma sector

The findings of the survey also serve as a warning shot for the pharma sector, with just 25 per cent of MPs polled saying that they believe improving the availability of new medicines on the NHS should be a top funding priority. 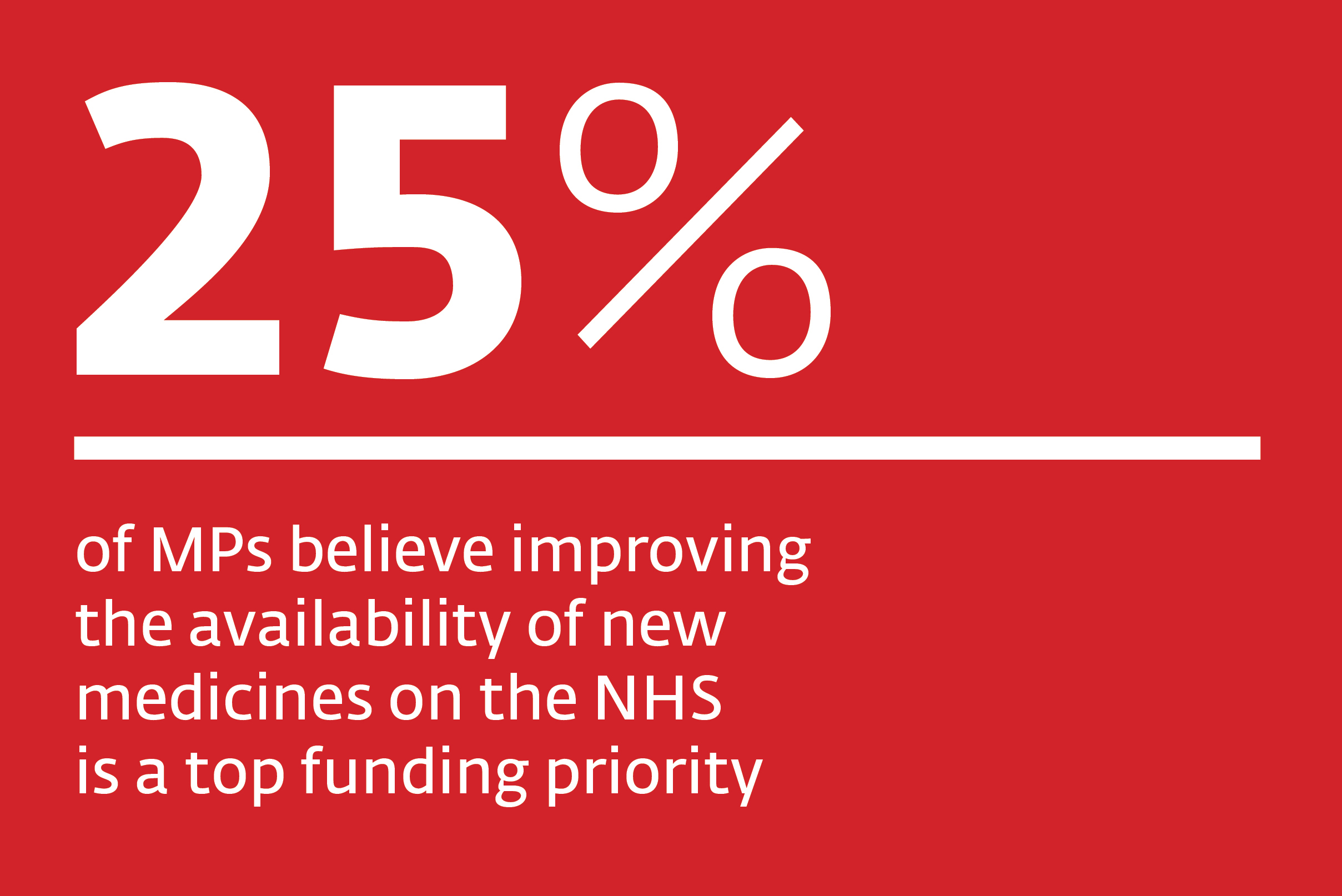 This figure rose to 28 per cent among Conservative MPs, but fewer than one in five Labour MPs agreed.

Support for funding new medicines was highest among MPs with constituencies in the East and West Midlands, at 49 per cent, and among half of those who were elected before 1997.

Asked whether slow uptake of innovative medicines and technology were a threat to the sustainability of the NHS over the next decade, only 10 per cent of MPs overall agreed with this statement, falling to just two per cent of Labour MPs, although 15 per cent of Conservative MPs supported the statement.

Meanwhile, more than two thirds of MPs agreed with the statement that “patients in the UK already get good access to the medicines which can treat them”, perhaps signalling that funding innovative treatments is not a high priority for this parliament.

Commenting on whether the survey findings meant pharma firms needed to do more stakeholder engagement to help MPs understand the value of medicines, the Association of the British Pharmaceutical Industry (ABPI) pointed out that the Conservative’s election manifesto included strong commitments to ensure patients have access to the best medicines and disease prevention.

Elliot Dunster, director of comms for the ABPI, told PRWeek: “Medicines and vaccines have a critical role in the prevention agenda, as well as transforming the lives of NHS patients. The ABPI will continue to work with the Government and with MPs… to ensure patients get access to the healthcare that is right for them.”

The growing emphasis on combining healthcare with technology and data-driven outcomes, championed by the health secretary, is not reflected by the results of the poll.

Only 10 per cent of MPs said digital healthcare should be a priority for NHS funding, rising to 13 per cent among Conservative MPs and just five per cent among Labour MPs.

Support for prioritising funding of the digital health agenda was highest among MPs with a Scottish constituency, at 17 per cent.

Conservative MPs in the survey were also at odds with the leadership over its manifesto commitment to build 40 new hospitals over the next 10 years, as well as 20 hospital upgrades.

Conservative support for the Government’s policy, as a health priority, was only 20 per cent, compared with 22 per cent of Labour MPs.

Support was highest among MPs from northern constituencies, at 31 per cent, and among MPs who were elected before 1997, at 39 per cent.

More than six times as many male MPs supported prioritising healthcare funding on new hospitals than female MPs, at four per cent.

Nearly two-thirds of all MPs surveyed said mental health should be a top priority for health spending during the five-year lifetime of the current parliament, compared with 35 per cent who chose cancer care.

But the top-line finding masks a deeper political divide over mental health, with 80 per cent of Labour MPs choosing it as their top spending priority, compared with 47 per cent of Conservative MPs.

Overall, 35 per cent of MPs named cancer care as one of their top spending priorities in the NHS, rising to 46 per cent Conservative MPs, but only 18 per cent of Labour MPs shared the same view.

Once again, there was a large gender split on the question, with 48 per cent of male MPs choosing cancer care as a priority compared to just eight per cent of female MPs.

Gordon said the survey results highlighted a challenge that pharma companies must try to meet.

She concluded: “Our findings raise a challenge for pharma companies if MPs believe resources should be shifted from treatment to prevention. Industry has a critical role to play in the nation’s health and wellbeing – including around prevention – and they need to keep showing how they are part of the solution and not the burden that this agenda is trying to ‘solve’.”