Social enterprise Hey Girls and The Big Issue launched the 'UNsanitary' campaign to raise awareness of how poverty-stricken girls and young women are forced to use unhygienic alternatives to sanitary products.

The products were on display at pop-ups in selected Asda stores on 15 February.

This powerful campaign tells the story of a transgender man in various situations being called by the name he was assigned at birth, Jemma, to his obvious discomfort. In the film's final scene, he uses his new name - James - when asked at a Starbucks store. The campaign from Iris is a partnership with Mermaids, a UK-based LGBTQ charity.

The coffee chain is often the butt of jokes for its policy of writing customers' names on cups. This was a clever way of inverting the trope that fits with the progressive image it seeks to portray.

Heineken – Cheers to All

This deftly-handled campaign is effective because it's based on a common, relatable occurrence: waiting staff assuming the beer order is for the man and the cocktail for the woman. “Men drink cocktails too," is the video's pay-off line.

The campaign from Publicis Italy takes the issue of gender stereotyping in a way that feels non-preachy and with a dash of humour. As Manifest's Julian Obubo argued in a column for PRWeek, Cheers to All subverts expectations by focusing on the fact that men enjoy cocktails, rather than the more obvious message from a beer company: women drink beer.

One of the country's longest-running safety campaigns is given a new twist in this creative campaign by VMLY&R London, with BCW handling earned media.

Sixty 'Pint block' (a play on the lad-culture phrase 'cock block') illustrations by young artists from around the country – one for each of the 60 young drivers killed or seriously injured when found to be driving over the limit every month in the UK - were commissioned. 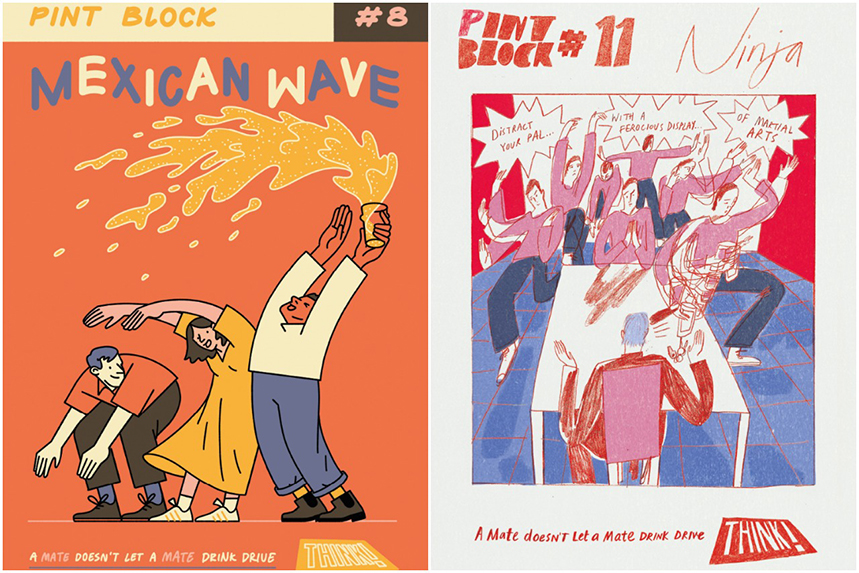 They show pranks such as spoiling a pint of beer with hot sauce, old socks or bird poo, to help spread the message that men should help stop a friend from drinking alcohol if they intend to drive.

Cadbury realised the dreams of 11 life-long Manchester United fans and Age UK beneficiaries by inviting them – instead of younger mascots – on to the Old Trafford pitch as guests of honour ahead of the match against Watford.

The stunt aimed to highlight the loneliness faced by many older people and was part of the ongoing 'Donate your words' campaign, run in conjunction with Age UK. Agencies involved included VCCP and Golin, which ran PR on the initiative.

Five Campaigns We Liked in January: your winner revealed