The adverts form part of an integrated campaign that includes a secret gig, a big screen live feed to UK shopping centres, a Facebook live stream, and in-store activations.

The three, 30-second spots will air over a single ad break, and tell the story of a surprise ‘pop-up’ gig which took place in London’s Covent Garden on Saturday (February 15) where Capaldi played an unannounced set to shoppers in Seven Dials Market.

The agency also oversaw a live stream, which was shot and mixed live on Samsung Galaxy S20 phones to digital screens at Piccadilly Circus, Westfield and the Samsung KX store.

Mountstevens said: “This has been the most challenging, exciting and ambitious work we have undertaken in the agency’s 20 year history. The entire campaign was created on a four week timeline.

“Lewis was a natural choice for Samsung, he has huge appeal within our core target market, he bought his vibrant personality and sense of humour to the campaign which lends the content an authenticity which is often lacking in other brand partnerships.”

The videos highlight the functionality of the new Samsung Galaxy S20 phone, with a focus on its camera’s ‘8k Snap’ and ‘Space Zoom’ functions.

“Samsung briefed us to take a non-traditional and brave approach to the TV advertising element,” added Mountstevens.

“The first ad features a lot of creative input from Lewis himself in terms of filming and scripting, whereas the additional two adverts are performance based showcasing the concert.” 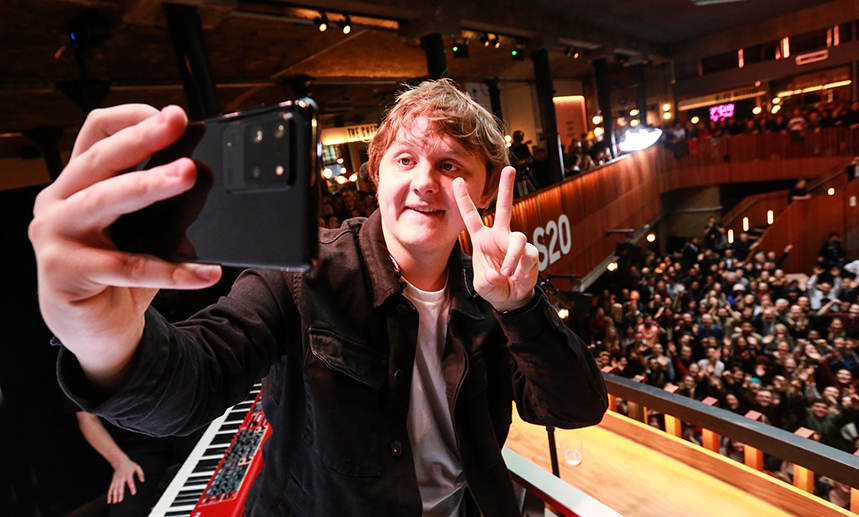