Pot Noodle is looking to cause a stir among mates, dates and lovers by partnering Deliveroo to launch a limited ‘Send Noods’ service, which it said is a unique way to say ‘I forking love you!’ this Valentine’s Day.

The offering – hosted on the Deliveroo app for one day only – is available in Leeds and London, and will allow couples and friends to send noodles to anyone they’re crazy about by simply heading to the app and typing in their loved one’s name and address.

Pot Noodle will do the rest, delivering a pot of 'cheeky noods' direct to their door faster than you can say ‘Bombay Bad Boy’. 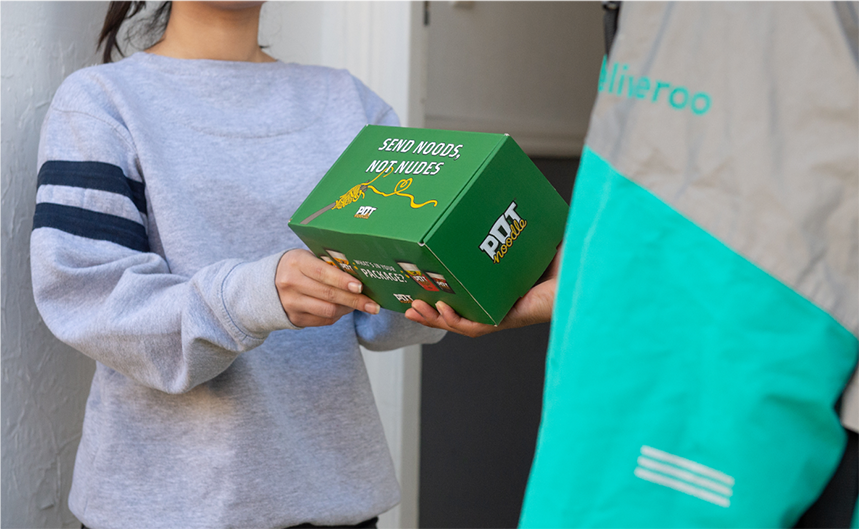 Deutsche Telekom has created a gift to highlight the issue of smartphone usage in day-to-day romantic relationships with the launch of ‘Connected Underwear’.

The campaign, created by Saatchi & Saatchi London, aims to facilitate real connections between young couples, sparking conversation about the impact of mobile devices on  relationships.

The ‘Connected Underwear’ connects to a user’s smartphone app. When the underwear moves, the app sends a text to their partners' phone. If they accept, a playlist is triggered, a romantic screensaver is played and the app asks whether the user wants to enable ‘do not disturb’ mode.

KFC and Moonpig get together for Valentine's

KFC has hooked up with Moonpig to produce a range of "finger lickin’" Valentine’s Day cards, including a limited-edition scratch-and-sniff card that smells of the fast-food chain's original recipe chicken.

The eight designs – all created by Moonpig – include a customisable card featuring the famous beard, glasses and white hair of Colonel Sanders, under which consumers can upload a photo of a loved one. It carries the text: "Fancy a peck?" 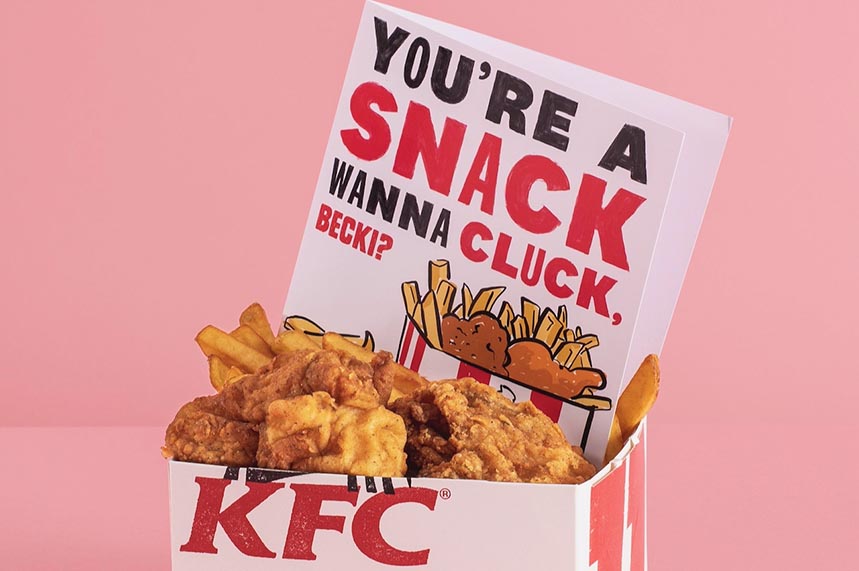 Team GB celebrates all forms of love this Valentine's Day

With Olympians past and present taking part, gold-medal-winning hockey players Kate and Helen Richardson-Walsh, triathletes Jonny and Alistair Brownlee and divers Jack Laugher and Lois Toulson, are sharing their experiences of love and what it means to them.

The Richardson-Walshes, who were the first married same-sex couple to win Olympic gold medals in the same team, highlight how their love for each other, and the support within their team, drove them to achieve the success they have.

The campaign, developed alongside Hill+Knowlton Strategies, will specifically address romantic, sibling and parental love, and aims to celebrate and include all forms of love.

A love letter to the world

Is sex really what it seems? Research by Durex has found unrealistic ‘sexpectations’ are putting pressure on young Brits.

So this Valentine's Day, Durex has written an open love letter to the world. The letter hopes to normalise what good sex is for everyone, and encourage people to do away with out-of-date conventions and feel more sexually liberated, whoever they are and in whatever circumstance. 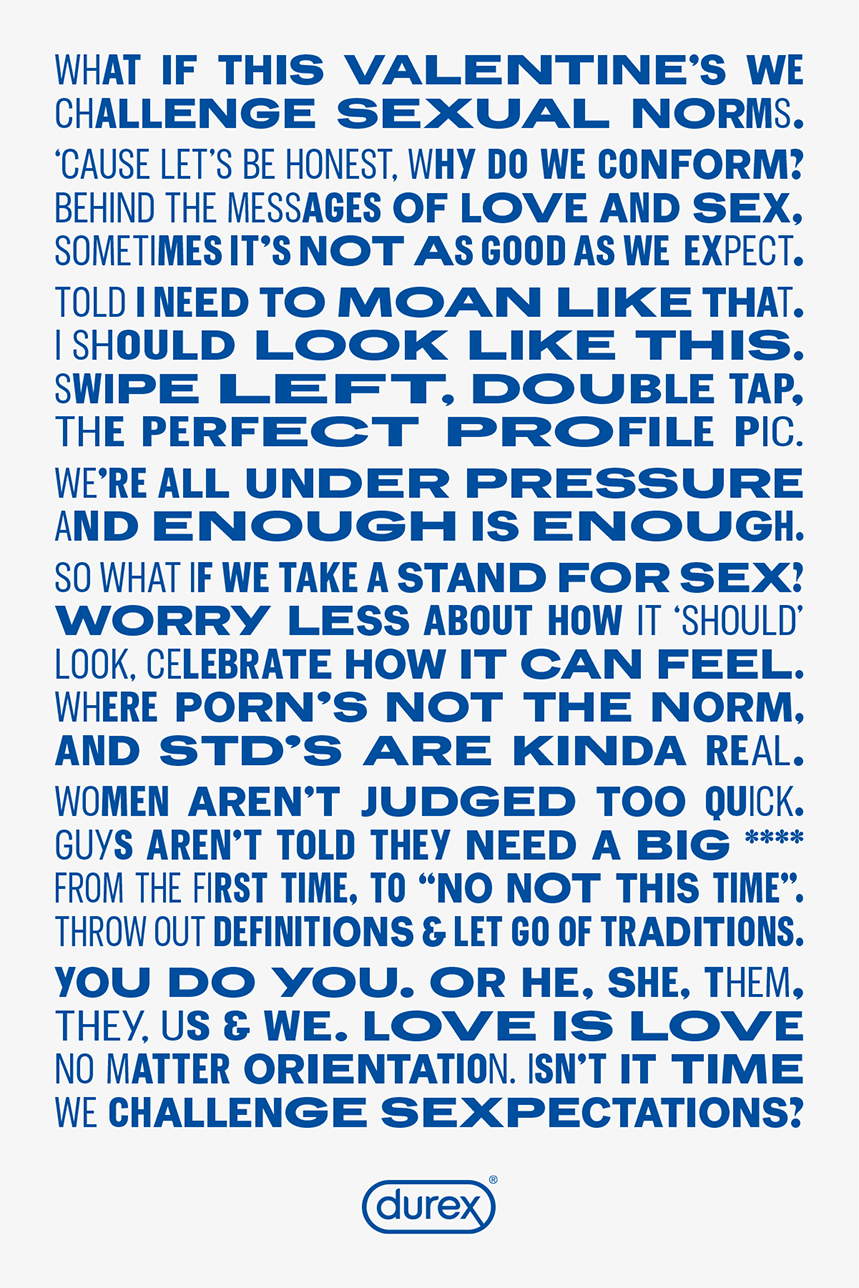