Hot on the heels of the Super Bowl, it’s been a week that has seen ads dominate, as well as delicious/revolting pizzas, ghostly pottery classes for Valentine’s Day, and brands needing to do better when it comes to promoting diversity.

Lots of great ads came out of the Super Bowl, and that’s not to mention the Shakira ‘tongue’ memes dominating social. Maisie Williams singing ‘Let it Go’ for Audi, Amazon’s #BeforeAlexa, Pringles with Rick and Morty, and Jason Momoa for Rocket Mortgage were all classics. But the winner for me has to be Bill Murray stuck in Groundhog Day once again, showing us that with a Jeep, no two days are the ever same. Funny, nostalgic and full of adventure, Groundhog Day has never looked more fun.

Starbucks’ cup-naming is typically consigned to "my name is Henry, but they wrote Hairy!" memes. But a powerful new ad from the coffee chain has given it far more gravitas and humanity than that. We follow a young transgender man in several situations in which his deadname (the name he was assigned at birth) – Jemma – is used, to his obvious discomfort. In the final scene, he goes to Starbucks and is asked his name. "James," he replies, using his chosen name for the first time. The ad won Channel 4’s Diversity in Advertising competition. Meanwhile, Starbucks has pledged a minimum of £100,000 for Mermaids, the charity that supports trans and gender-diverse young people and their families, through the sale of a special edition Mermaid cookie in its stores.

It’s a classic PR tactic: smash two iconic things together and make a new, surprising, and often hideous product that people are in equal parts amazing and disgusted by. Enter the KFC Pizza; a collaboration from KFC and Pizza Hut for World Pizza Day. It’s simple, but effective. I’m just waiting for a cheeky Domi-Nandos.

Valentine’s Day is one of those hooks every PR goes after, yet few really should. It’s oversaturated and hard to get media/social cut-through. That’s why Cineworld’s ‘Ghost’ screening is so nice; loved-up customers can recreate the famous pottery scene from ‘Ghost’ with a free pottery class before the movie starts. Do something relevant that’ll make people smile and you know you’re onto a winner. 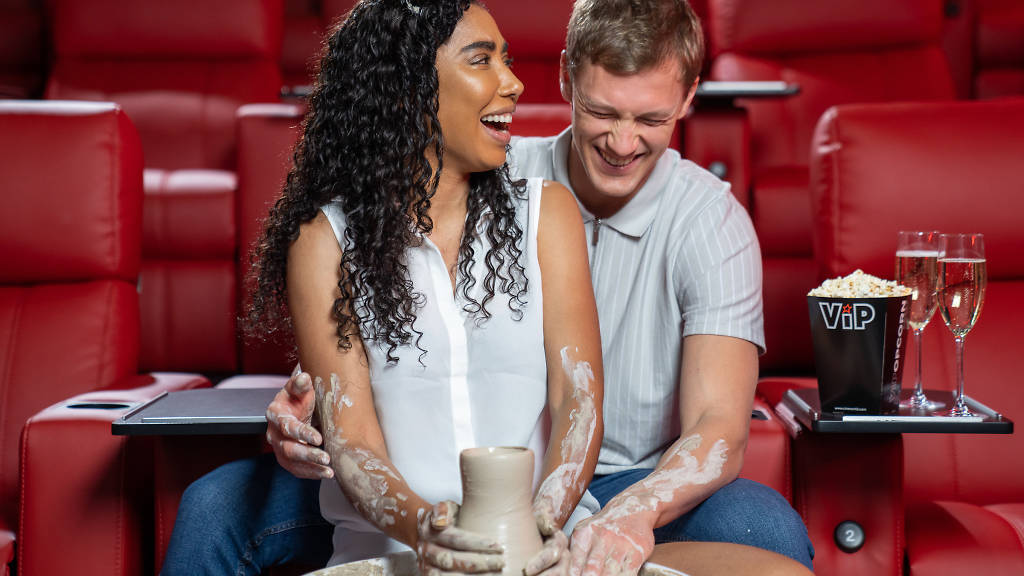 It’s not been a great week for animal charity PETA. Firstly, its Super Bowl ad – featuring animals kneeling to end speciesism – was rejected, with critics saying it trivialised and appropriated quarterback Colin Kaepernick's protest against police brutality and racial injustice. Kristen Clarke, president and executive director of the Lawyers’ Committee for Civil Rights Under Law, commented: "PETA has a long history of misappropriating images of black suffering and black struggle to promote its brand. Using kneeling animals in this #SuperBowl ad is a new low."

Then to top it off, in the UK it released new guidelines suggesting the word ‘pet’ is offensive, as well as several other changes to common parlance (eg: ‘kill two birds with one stone’ should become ‘feed two birds with one scone’). As another example of the 'how-can-we-rile-Piers-Morgan-enough-to-get-on-TV?' tactic, it’s no doubt a headline-grabber – but for all the wrong reasons. PETA has come across as out of touch, preachy, and isolating some of its core/most likely supporters. Surely there are bigger fish (and chips) to fry?

Barnes & Noble is judged for its covers

Another brand getting it wrong when it comes to diversity this week is Barnes & Noble. In an attempt to celebrate Black History Month, America’s biggest bookseller announced a new series of ‘diverse’ covers for classic books. But this obviously surface-level nod to representation has rightly received a massive backlash from people who say that changing the skin colour of figures on a book cover is a superficial fix, and that the publishing industry should instead do more to promote writers of colour. B&N should know that it’s not a good idea to focus on the cover, especially when tackling such an important issue. The campaign was later scrapped.

And finally, notable British Asian* Katy Perry has been named as British Asian Trust ambassador by Prince Charles. (*She is neither of these things.)