One of the major fears about leaving the European Union was the economic impact of renegotiating a trade deal with Europe – Britain's biggest and most important trading partner.

According to Dan Hanson, a UK economist for Bloomberg Economics, Brexit uncertainty could cost the UK economy by as much as £200bn by the end of the year – £130bn to date and a further £70bn over the rest of 2020.

Like most professional services industries, communications agencies tend to be a lagging indicator of a nation's economy, with client budgets often tightened when trading conditions are tough.

Political and economic uncertainty in the past few years, largely due to Brexit, had led to "clients being smarter" and "cautiously watching what we’re doing", Hill+Knowlton UK chief executive Simon Whitehead told PRWeek last June.

Now, however, the mood among agency bosses is one of cautious optimism.

"A twisted road lies ahead for UK-based businesses trading with the EU. This spells opportunity for an industry such as ours, offering both guides and maps," says Michael Prescott, Hanover managing director of Corporate and Political Strategy. 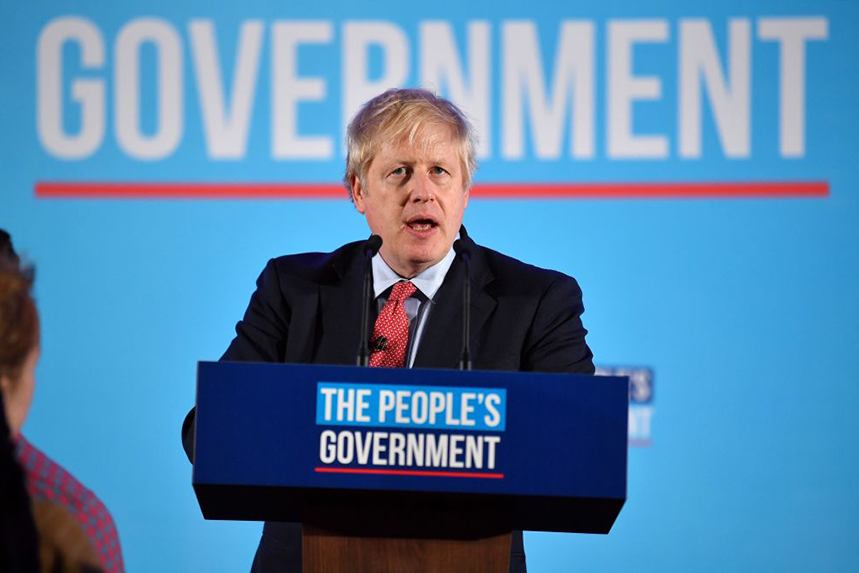 It has been less than two months since the Conservative Party decisively won the general election and a mandate to deliver Brexit, but several agency leaders have reported a positive impact on new business opportunities.

"The opportunities are coming back on the table," he adds.

It's the same story at MSL; this year has started with "a hell of a lot more solid opportunities" than a year ago, explains Simon Harrison, senior director of MSL Corporate.

"Love, loathe or merely tolerate him, Boris’ stonking victory did at least provide certainty, and that is gradually translating into embryonic belief which, in turn, is gently moving many clients to start thinking about investing more in strategic communications," he says.

Grayling's Europe, UK and Ireland chairman, Richard Jukes, is in a unique position to assess how Brexit is likely to impact agencies from a UK and European perspective.

He says that although it is early days, the certainty provided by the Conservatives' commanding victory and "getting Brexit done" has translated to clients – both current and prospects – having a greater sense of optimism and confidence.

"Whether or not they agreed with Brexit, whether or not they supported it, the fact that it is now happening and there is some certainty is something businesses respond positively to… we have certainly felt that in our business," he says.

"There is reason to be optimistic, based on Q1, that there is some movement [on client budgets]. There is a greater willingness to release funds for consultancies who can create a practical impact on helping their bottom line." 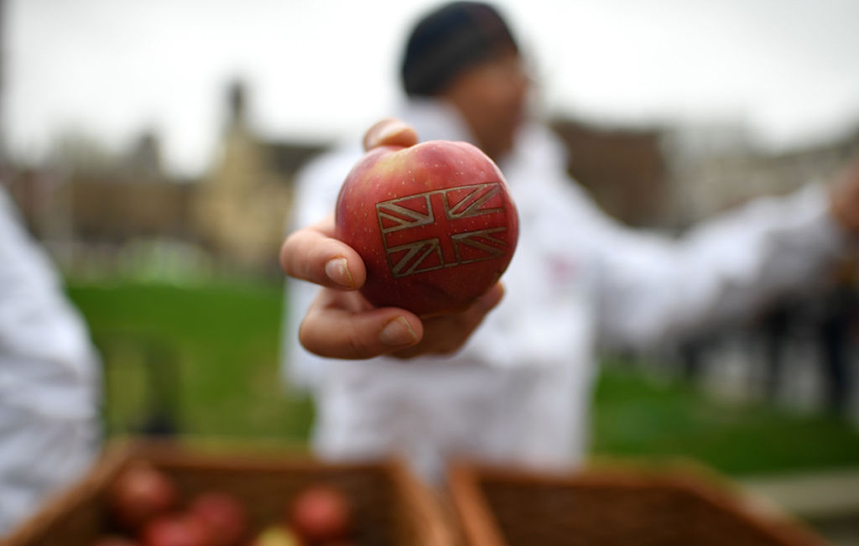 Could 'buying British' provide businesses in the food industry and their communications agencies a post-Brexit benefit? (Photo by Jeff J Mitchell/Getty Images)

Certain industry sectors are likely to benefit more from Brexit than others. Nexus, which specialises in comms for the food industry, has seen a positive impact, according to chief executive Harvey Choat.

"Brexit itself has directly created opportunity," he tells PRWeek. "Our recent Nexus Consumer Pulse showed that 51 per cent of consumers are more likely to buy British once Brexit is done and dusted. One of the drivers for this was an underlying fear that imported products have lower food standards.

"In many ways Brexit has only reinforced the value of brand equity – the worries for clients have mainly been around financial uncertainty, exports and imports. The shrewd ones have realised that investing in brand in times of uncertainty protects growth more than shrinking away and cutting back."

This sense of optimism is reflected in the PRCA's latest Economic Barometer, which found a majority of PR leaders have confidence in the wider UK economy for the first time since the EU Referendum in 2016.

Not all industry leaders are positive about the impacts of Brexit on the comms industry. Mark Pinsent is managing director of Europe at the Hoffman Agency, a tech agency that works with multinational technology companies.

"From a commercial perspective, I've definitely seen a momentum shift away from the UK as a market towards mainland Europe," he says.

Pinsent's agency is closely monitoring where clients base themselves and where they focus their communications priorities. He observes that Germany and the Netherlands seem to be reaping the benefits of clients relocating their headquarters to Europe.

"Luckily, again, we've structured our business to allow us to support clients where their priorities lie, the UK or anywhere else," he adds.

Another risk for his agency is the uncertainty for EU nationals continuing to live and work in the UK.

Sixty per cent of The Hoffman Agency's UK team are non-British UK nationals, "and all are concerned about their ability to stay in the country longer-term", says Pinsent.

"For me, one of the most remarkable things – and not in a good way – is that we're literally hours away from the UK leaving the EU, and yet we still have little idea of what the implications might be," he adds.

Ogilvy’s Buchanan points out that the biggest risk for agencies is whether clients will relocate their European HQs, which would create "diversion of budgets to adapt supply chains, and hesitancy as they grapple with new trade rules".

He says this is the time to promote the UK as a shining light and an "outstanding global strategic and creative hub". 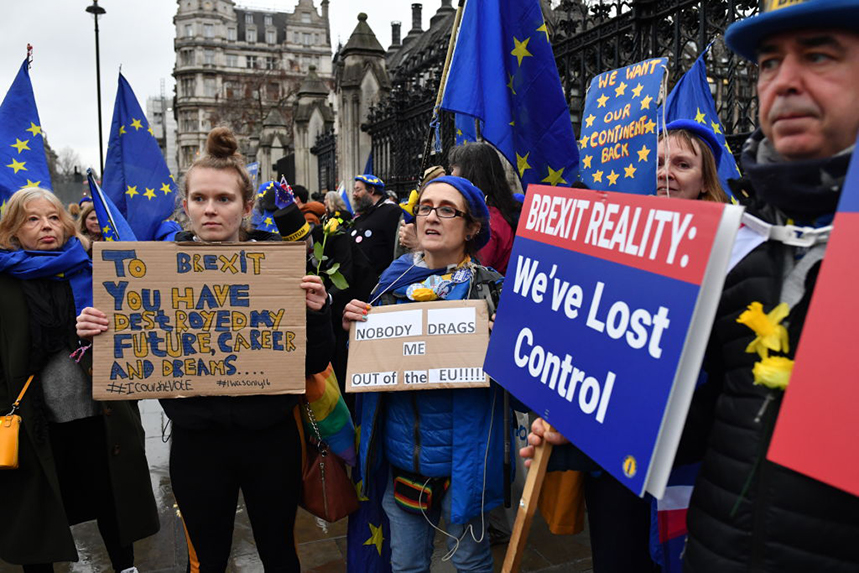 The 'long and winding road' ahead

That said, the increase in client confidence should, in theory, have a positive effect across most communications services compared to the past three years of Brexit paralysis.

But does removing the uncertainty over Brexit risk hurting consultancies that invested heavily building up Brexit specialist divisions over the past few years?

Although it was politically expedient to promote 31 January 2020 and 'getting Brexit done', in reality officially leaving the EU today is only the start of a "long and winding road" before the UK's new trading relationship with the EU is established.

"That will involve lots – and lots – of lobbying, particularly by those sectors most affected by trade with the European Union," argues Pagefield chief executive Oliver Foster.

He believes that with the "welcome return to normality" since the general election that is "a functioning government that can deliver on its manifesto commitments, whether we like them or not", MPs are settling into the new political era and finding themselves "bombarded by an avalanche of lobbyists", which is likely to continue once all the select committees are filled and the chancellor reveals his first post-Brexit budget on 11 March.

"2020 is already shaping up to be a year when boardrooms across the country swap the agenda item labelled 'Brexit planning' with one that's focused on domestic lobbying of parliamentarians, civil servants, and ministers themselves," Foster says. "Normal service has – finally – resumed."

Pagefield has seen interest from clients to "shake up how they manage public affairs" from across the board, including transport and infrastructure to utilities and FMCG brands.

Prescott points out that clients who had a "voracious appetite" for insight and strategic advice on the Brexit drama will still need counsel as the UK reshapes treaties to govern its future trading relationship with other markets.

"Then there's public relations. Whichever sort you offer – corporate, consumer, financial – uncertainty over when and whether Brexit takes place has gone. It's entirely reasonable to anticipate this will thaw frozen corporate budgets. We already see evidence of this at Hanover," Prescott says. "Brexit sucked the energy out of so many other debates, but now they are intensifying."

In particular, he says, sustainability and the COP environmental summit in Glasgow, in November, has led to companies "queuing up for help on how to showcase their efforts to limit environmental damage, promote a more diverse society, and drive cultural narratives".

Steve Hawkes, head of strategic media at BCW, says that while the risk of a 'no-deal Brexit' has subsided, there could be dramatic knock-on effects to supply chains, products and recruitment from any deal struck with Brussels.

"We're already speaking to clients, be it corporates or countries interested in trade deals, about not only their preparedness, narrative and internal comms, but also the opportunities created by Brexit. This will only increase," he observes. 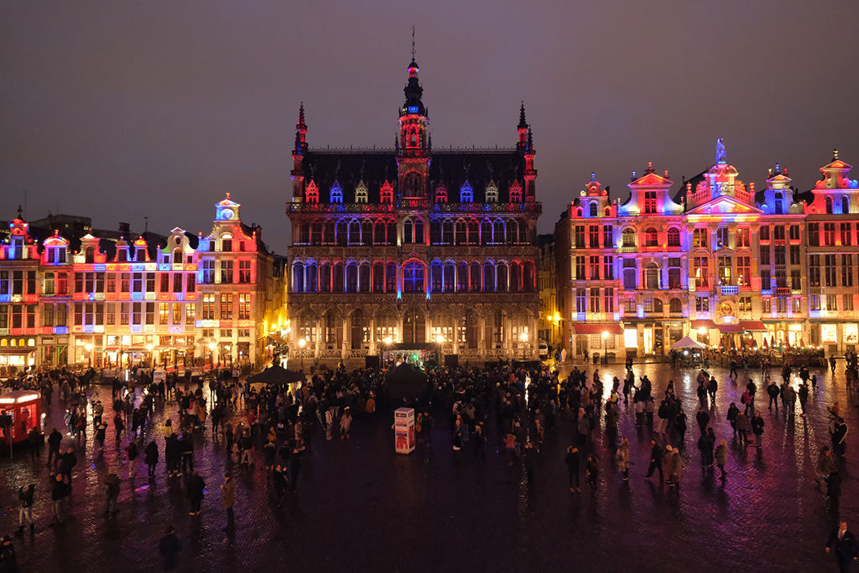 Leaving the EU may increase the importance of trusted communications partners to do clients' bidding in Brussels and beyond.

That has been the case with some of Grayling's British-headquartered clients, particularly in corporate and public affairs.

"They are beginning to realise and act on the basis that the British government can no longer be their full-time representative on the main issues that affect them in terms of EU issues. They are going to plough their own furrow more than they have done in the past," says Jukes.

"They need support on that, not just people who know their way around Whitehall and Westmister, but also Brussels and a number of the other government parliaments of member states and beyond. I'd expect we are going to get a lot more work around that."

Deep connections in Brussels and EU member states will certainly help agencies serve clients with European briefs, but Harrison believes consultancies should also do some soul-searching closer to home.

He believes the "whole hideous Brexit debâcle" has raised some uncomfortable questions about how representative UK comms agency teams really are.

"Many MSL clients are international and they are less directly affected by Brexit, but they do have an absolute right to expect that we understand our UK audiences and the politics of all the UK – not just W4," he says.

"If you work in a team which predominantly reflects your worldview on Brexit – or anything else, for that matter – it is a crap team and clients will soon see that. Dealing with strongly held, diverse opinions makes life at MSL feistier, but a damn sight more interesting."

In other words, agencies need to make sure they understand clients in places like Bolsover – a stern Leave constituency that returned a Conservative candidate at the general election – as much as Brussels.

Brands2Life co-founder Giles Fraser, who personally hopes the UK will rejoin the EU in the future, believes that however the UK's new relationship with Europe pans out, communications consultancies are well-equipped to ride out the storm.

"The PR industry in London is the most creative anywhere and we're ideally placed to capitalise on the changing way brands procure and use external PR and communications services in a digital world," he says.