A thrilling two-horse race for PRWeek's favourite campaign in January was eventually won – with more than 850 votes – by a video for McDonald's 'Free Fries on Friday' campaign, featuring England rugby star Joe Marler. The film, by agency Ready10, amusingly parodied typical influencer adverts, as the enormous bearded prop admitted to being "hard and crispy on the outside, soft and fluffy on the inside".

In a very close second, with 790 votes, was a smart bit of news-jacking from Madam Tussauds, and PR agency Stripe. Following the news that Harry and Meghan were leaving the UK, statues of the famous couple were removed from the royal section of the waxwork museum and placed elsewhere, unsurprisingly leading to reams of coverage. 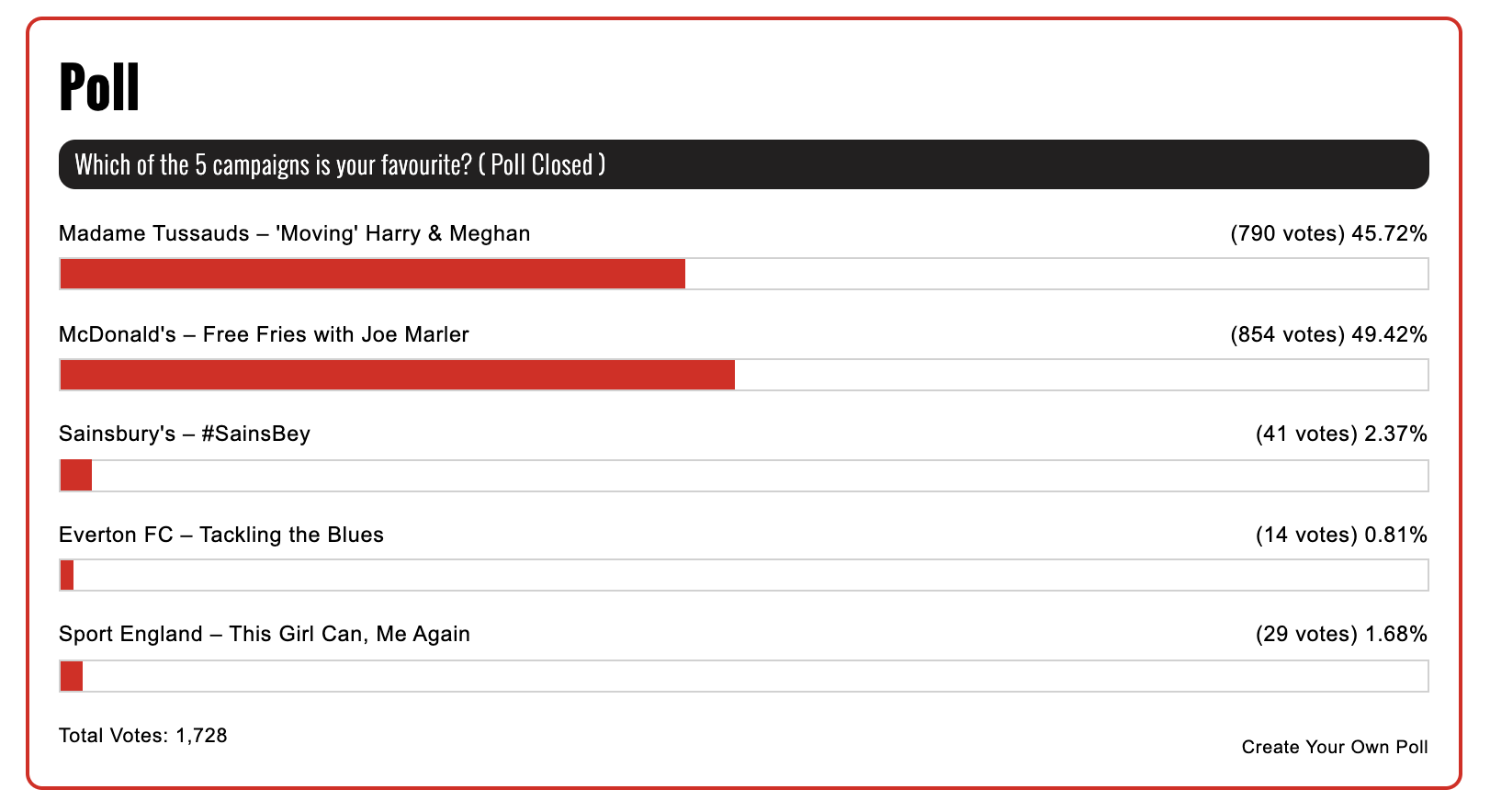 The campaign, by Ready10, features the England and Harlequins forward explaining why he is an ideal influencer to promote McDonald's fries. Set in a rugby field and training gym, Marler shows off his bicep curl, breaks things and scowls to prove his 'hard man' cred, before revealing his softer side by using an unwitting dog as a 'prop' (get it?). He describes himself as "hard and crispy on the outside and soft and fluffy on the inside" – just like McDonald's fries.

It's a near-perfect example of a brand/influencer collaboration that appears genuinely authentic and in line with the influencer's image and personality.

In case you missed it: Five Campaigns We Liked in December: your winner revealed