The scandal is a cautionary tale of what happens when a club’s corporate values and communications is wildly at odds with the standards it promotes and sets on the field.

Saracens have been the standard-bearers of English rugby for the past decade – having won four Premiership titles, three European Champions Cups, while developing several England internationals that came close to lifting the World Cup in 2019.

The club has built a reputation based on four pillars: work rate, humility, discipline and honesty, often eulogised as ‘The Saracens Way’ and regarded as a benchmark of English rugby club excellence.

In November, this message was brutally exposed as the club was ruled to be "financially reckless" by an investigation that found it had exceeded Premiership Rugby’s salary cap of £7m by more than £2m across three seasons. It's response at the time was defiant:

The club was docked 35 points and fined £5.36m, bringing in FTI Consulting to handle the fallout (see timeline below). However, its messaging remained unrepentant, with chairman Nigel Wray stating: "We can confirm that we are complying strictly with the salary cap regulations in the current season and will continue to work transparently with Premiership Rugby in this regard."

This month, when it became clear it was in fact not meeting this season’s salary cap, Saracens chose automatic relegation rather than opening its books up to further scrutiny – a move that has only compounded suspicions of guilt, opacity and financial impropriety.

Wray, who abruptly left his role on 2 January, finally apologised to fans last week (23 January), saying: "I am really sorry for the heartache that I have caused you due to my ill-considered approach to matters relating to salary cap compliance."

Yesterday, returning CEO Ed Griffiths resigned only 26 days after being appointed, and the club was docked a further 70 points to rubber-stamp its relegation to the second tier.

UK comms strategy expert Adam Mack, who recently served as CEO of W Communications and previously headed strategy at Weber Shandwick and Freuds, tells PRWeek the Saracens scandal is "rugby’s nadir" and the sorry saga had exposed a sport that appears to be "run by amateurs and played by professionals".

"We have to squeeze out the last residue of amateur administration. From a comms point of view, everyone needs to stop deferring to their lawyers and start listening more to their PR advisors (but I would say that)," he says.

"I also think Saracens need to directly address their reference to 'honesty' as part of their DNA. It's being widely ridiculed and they need to meet this criticism head on, admit it's not been integral and talk about how they're going to put it at the heart of their reincarnation – because that's what it is, a reincarnation."

David Alexander, managing director of independent sports PR consultancy Calacus, told PRWeek that from a comms perspective, Saracens’ initial indignation and "hollow claims of innocence" only made the situation worse.

"Nigel Wray and the club’s official communications channels should have paused before commenting rather than complain about the decision, when it has become so clear that they were cheating the system," he said.

"Promises to introduce independent governance measures were too little too late and if anything, it was a surprise that Wray waited almost two months to resign.

He added: "Why did it take Premiership Rugby ten weeks to confirm Saracens’ relegation, having declared at that time that the investigation had reached a conclusion, just to drag it out even longer? The entire episode has been a case study in how not to deal with a crisis from a communications and administrative perspective and leaves a sorry stain on the reputation of rugby in England that will take years to repair." 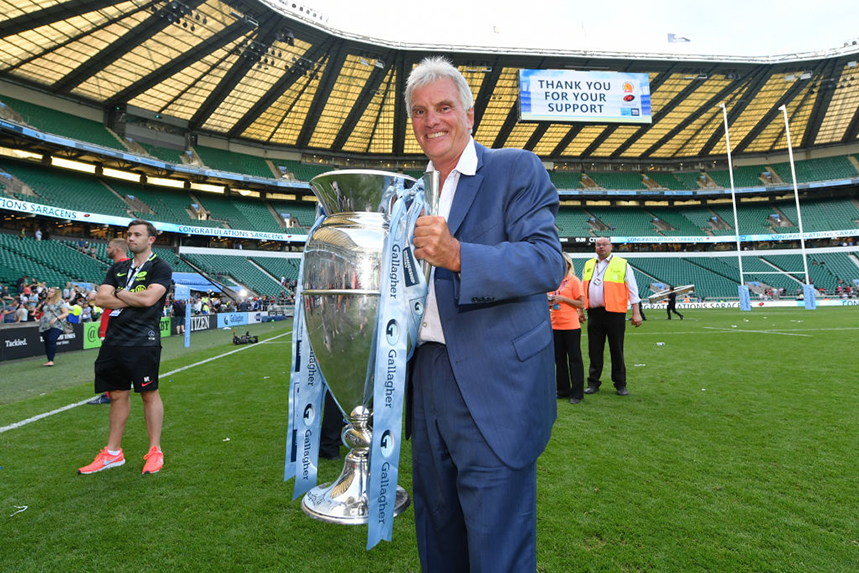 Saracens' former boss Nigel Wray after winning last season's Gallagher Cup final. Wray has invested heavily in the club's success but has been forced to resign

‘Operating above the laws’

Katie Matthews, director, sports and fitness at The PHA Group, believes the scandal has created an "air of uncertainty within the sport".

"The club’s intention to appeal the decision only heightened the suspicion that Saracens feel as though they operate above the laws of the domestic game," she says.

"Meanwhile, Premiership Rugby’s reluctance to release the full findings of Lord Dyson’s independent report [finally made public last weekend] has given the process an air of opaqueness, when greater transparency is what clubs, stakeholders and fans were calling for."

It’s not just comms professionals who are calling out the crisis comms catastrophe. In a recent column for The Telegraph, former England hooker and highly-respected pundit Brian Moore said the saga was the biggest PR disaster club rugby had ever faced.

Moore cites the club’s refusal to apologise; selective media relations with friendly journalists, angering the rest; making spurious and contradictory claims; trying to downplay the severity of allegations; and a failure to be straight with stakeholders.

Jim Hamilton, ex-Saracens star and Scotland international, who had ended his career under the tainted regime in 2017, told The Rugby Pod podcast what disappointed him most is that he had publicly backed Saracens’ "lies" and "administrative errors", and now he felt he had "egg on his face". 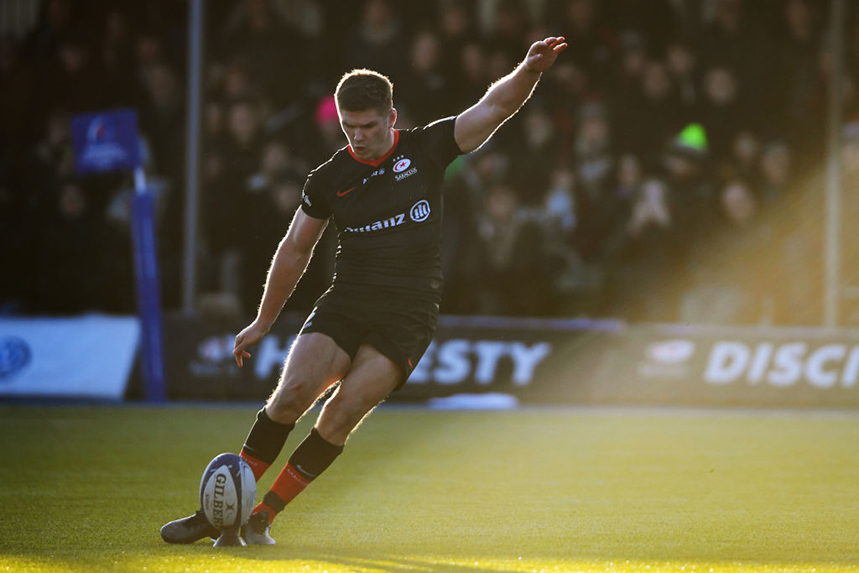 Saracens' major comms failure, according to experts, is a lack of transparency and authenticity in how it has handled the situation, fooling the press and fans alike.

"Saracens took too long to apologise," Mack says. "They should have shown much more contrition following the original judgement in November and the fact that they didn’t has only made their critics amongst fans and media more energised."

"It’s clear that both the club and Premiership Rugby will need to do far more to restore their reputations with the vast majority of fans and stakeholders," she said. "Again, transparency holds the key and a Premiership-wide investigation into all of the clubs’ salary cap processes would go some way towards reassuring people that Premiership Rugby is prepared to hold its clubs to account, moving forwards."

"They would also do well to follow the example of Exeter, who donated their portion of Saracens’ fine to their foundation." 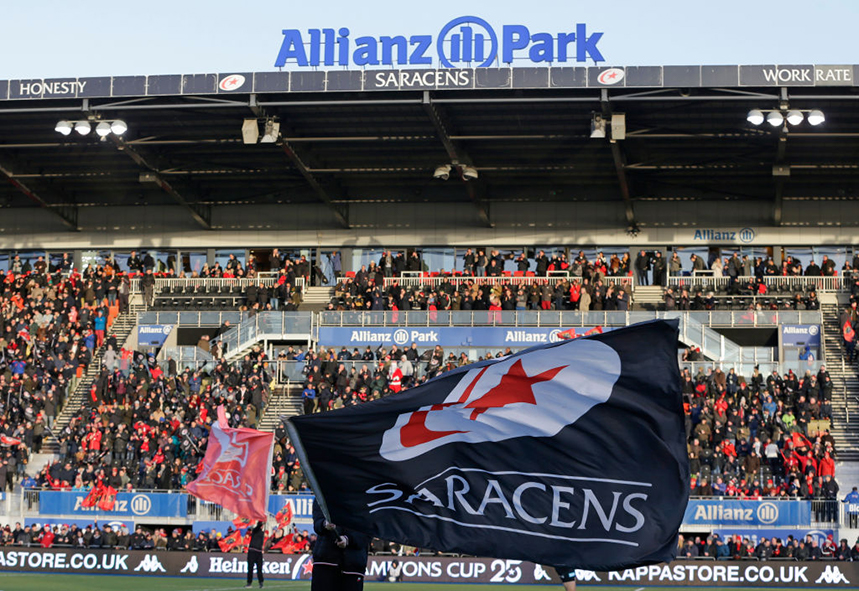 It is too early to predict the full backlash of the scandal, but Premiership Rugby and the European Champions Cup will both be weaker competitions on the pitch for the loss of Sarries next season.

Off the pitch, sponsors of Saracens may also be considering the value of their investments.

PRWeek approached Saracens’ sponsors to find out if they intended to continue sponsoring the club. All declined to respond except Saracens major sponsor Allianz and the club’s cyber security and data protection partner, IT Governance.

Allianz – the club’s major sponsor that also holds the naming rights to Saracens’ home stadium (see photo above) signed a six-year deal worth £8m. The financial services company promotes corporate values of "transparency and integrity" and said it would be holding discussions with Saracens to "confirm this shared understanding and commitment going forward".

IT Governance founder and executive chair Alan Calder tells PRWeek the firm has no plans to change its current sponsorship arrangements.

Adam Raincock, managing partner at Pitch Marketing Group, says Allianz will be concerned by the news that Saracens chose relegation over transparency, and that it’s likely they have a clause in their contract to cancel the deal if the club had brought its association into disrepute.

"With Allianz being a global insurance company built on trust and transparency, they must be asking serious questions about the partnership, but without seeing the contract it’s difficult to know what their options are," he adds.

Saracens interim CEO gone & another points deduction, seemingly connected with delay in compliance. Not if but when Allianz terminate Saracens sponsorship now, given that this was their public position back in November. Decision likely already made. pic.twitter.com/iVnDiDkwUN

Irrespective of this scandal, Raincock notes that club rugby is a "buyers’ market" and doesn’t benefit from the large fanbase, exposure, or betting shop money that can make football a more "attractive" proposition.

"In the past, Saracens could point to success on the field and a strong brand off it, but with both of those in tatters it’s going to be incredibly tough to demonstrate value," he explains.

"However, Saracens will be back and where there’s disruption, there’s opportunity. A cut-price deal with Saracens now could pay off in the future if there are brands willing to ride out the turbulent times. For me, though, that still remains a very big ‘if’."

M&C Saatchi Sport and Entertainment UK CEO Jamie Wynne-Morgan agrees that there is likely to be "significantly less value" for sponsors of Saracens.

However, he warns, sponsors need to balance the short-term pain with long-term benefits of loyalty.

"Sponsorship should be viewed as a long-term commitment rather than quick-fix media value hit. You are dealing with people’s passions, so you need to take a different approach and not just jump ship at the first sign of trouble."

Another revenue source the scandal is likely to tarnish is the club's executive management course called 'The Saracens Way', which uses Saracens' philosophy to train business executives.

The course, launched three years ago, has been attended by executives from Allianz, Investec and Lidl, according to a Financial Times report headlined: 'Saracens taught executive skills but omitted cheating'. 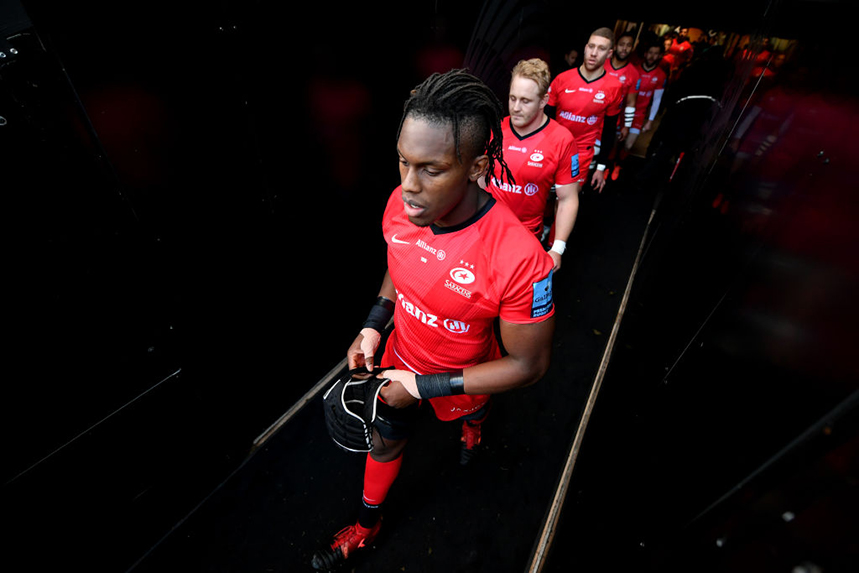 The long road to redemption

Wynne-Morgan believes a better approach for sponsors is to stick by the club and "enjoy the redemption story and return to former glories that could come their way".

It’s a position that Mack also advises, provided Saracens addresses its lack of honesty openly and makes its sponsors part of the journey back to the Premiership.

He adds: "I'd suggest withdrawing sponsorship would be cutting off nose to spite face."

It’s a lesson that backers of Rangers FC will be familiar with. The ones that stuck by the club are now reaping the rewards as have Rangers recovered from years in Scotland’s lower football divisions when it fell several leagues due to financial difficulties in the late 2000s.

"As long as the fans stick with them," argues The Romans associate director Paddy Hobbs, "TV figures remain strong when they’re broadcast and they get back to winning ways quickly, the siege mentality created might manufacture itself into a compelling case for corporates."

Experts agree that while the Saracens scandal has tarnished rugby, it also presents an opportunity for Premiership Rugby to reset and rebuild the trust of fans and other stakeholders.

"The Saracens crisis casts a shadow over the values of fairness, trust and respect that rugby is built on," Raincock says. "It’s these values that have made it successful, so the sport must refocus and re-double its efforts to build trust."

"The one thing this crisis has in its favour is sport tends to have a short-term memory when it comes to scandal."

Mack concludes: "I think there's a real opportunity to use this moment to transform the administration and image of Rugby Union and I really hope that its powers-that-be don't let that opportunity pass."