Based on a new report released by Philip Morris International (PMI) at Davos yesterday, 87% of 17,251 respondents said that governments, regulators and public health bodies should consider science relating to e-cigarettes and heat-not-burn tobacco products when developing regulations.

Respondents also unanimously agreed that e-cigarattes and heat-not-burn tobacco manufacturers must conduct thorough and robust scientific research on their products before introducing them to the public. 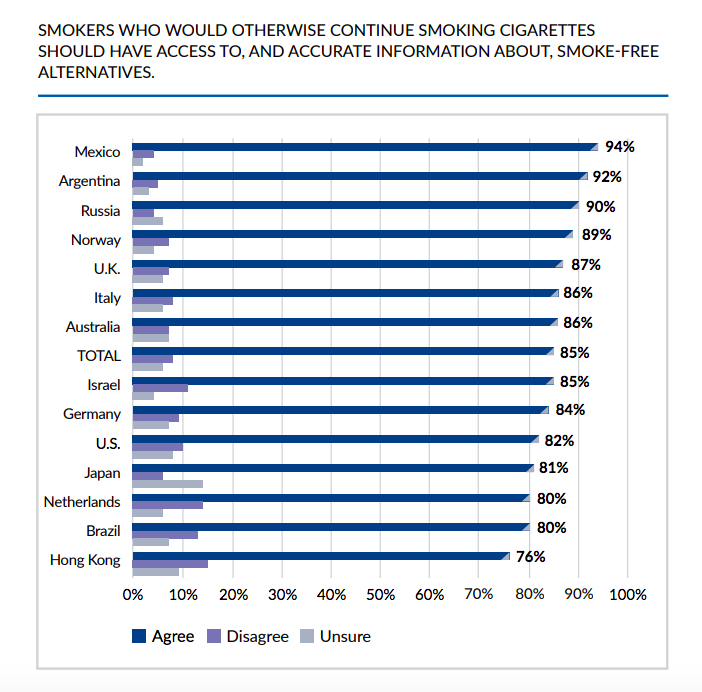 "Smoke-free alternatives offer a commonsense approach to public health. In a time when trust in governments is at an all-time low, it is essential to base decision-making on science and facts," said Jacek Olczak, COO at PMI.

In the past two years, there’s been a rise in pseudoscience and fake science around smoke-free alternatives, exacerbated by publishers looking for click-worthy headlines – the report said.

However, Big Tobacco companies have incresingly faced criticism about their marketing tactics. In particular, using influencers to circumvent advertising rules that outlaw smoking ads, and for promoting a 'smoke free world' in the West, while aggressively marketing cigarettes in developing nations such as Indonesia.

The Philip Morris report found that despite a majority calling for science-backed facts, a number of respondents in developed countries disagreed or were unsure about whether scientific assessment was necessary. For instance, 11% of Australians and 12% of Japanese fell into this bracket of uncertainty. 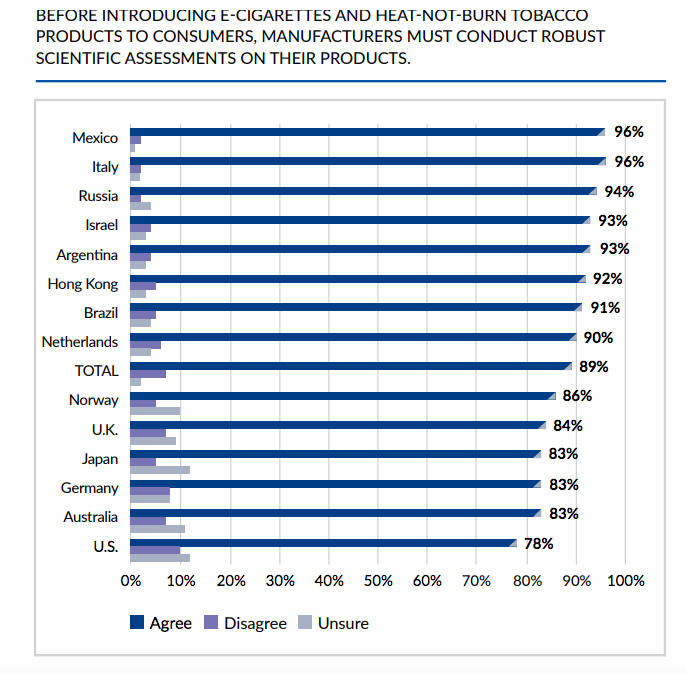 The Wellcome Global Monitor Trust in Scientists, based on a survey of more than 140,000 respondents in 144 countries, found that globally 18% of people trust scientists at a high level, 54% at a medium level and just 14% at a low level. The highest levels were recorded in Australia and New Zealand (33%) and Central Asia (32%).

Following the stat, PMI then sent out the broad statement: "I trust government to make recommendations for my safety". Overall, 53% agreed they trusted government’s safety recommendations, 40% disagreed, and 7% were unsure. Of those stats, Hong Kong and Japan were shown to be at the bottom of the negative trust territory. 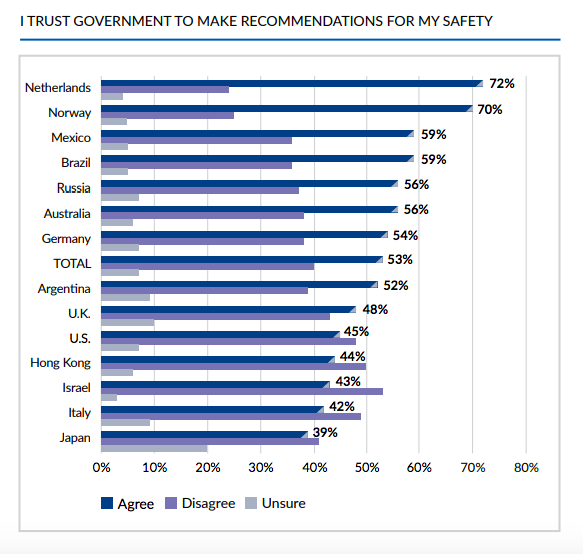 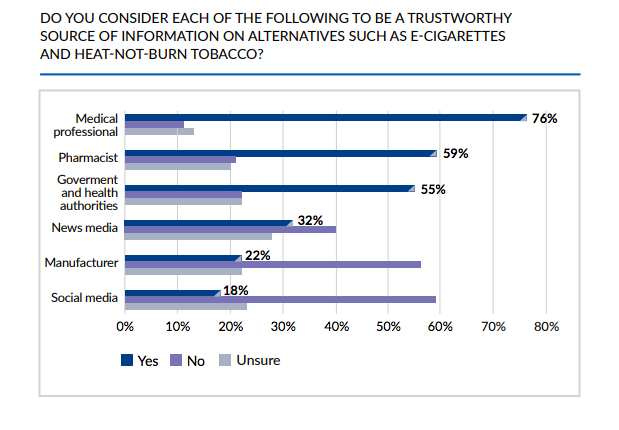 Amid all of this, there is general confusion globally about the science behind smoke-free alternatives. In fact, in the US, there have been reports that concerns over vaping illnesses have discouraged some smokers from switching to e-cigarettes and that some e-cigarette users are choosing to return to combustible cigarettes. 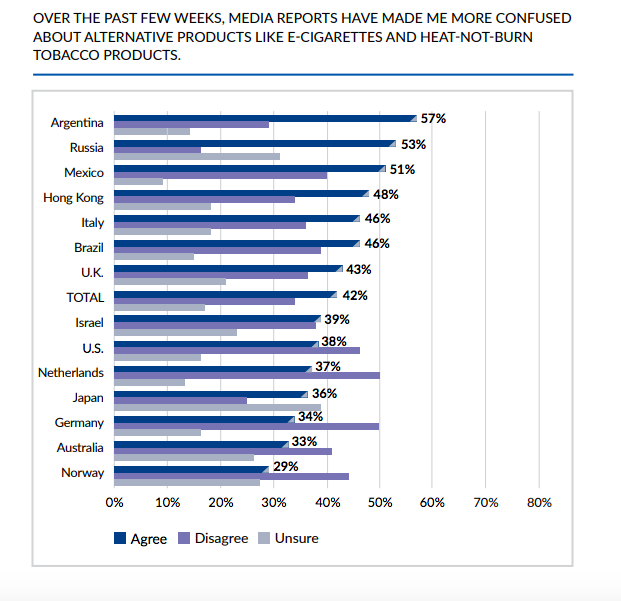 Overall, 26% of respondents say news reports have not encouraged them to switch from cigarettes to smoke-free alternatives.