There are few businesses that can claim to manage 250,000 passengers a day across 1,300 flights, export billions of pounds’ worth of goods, dodge Europe- wide volcanic ash clouds, and chase away drones, all while being filmed for a behind-the-scenes TV documentary.

But for the comms team at London’s Heathrow airport – winner of the In-house Team of the Year (Private Sector) Award at the 2019 PRWeek UK Awards – it’s just another day on the job. Last year, Heathrow was the UK’s biggest airport by value, with £109bn-worth of goods passing through.

Speaking to PRWeek just prior to the general election, the airport’s comms team leaders reveal how they communicate the needs of one of the UK’s biggest single-site employers – which encompasses hundreds of businesses, inter-agency and governmental relationships, alongside 80 million passengers a year flying to more than 200 destinations with dozens of airlines.

How does the comms team function at Heathrow?

"We recently integrated our brand and consumer PR teams because we were not using filming as a resource in-house as effectively as I would like. The consumer brand team speaks to more than 400 businesses and over 80 airlines.

"The filming [team] manages the location that Heathrow is, and our own documentary, then there’s press office, working closely on expansion and crisis. It’s been successful in the sense that both sides now have to think about the other when we’re doing campaigns, especially the big terminal activations."

JR: We’re trying to balance it out a little bit more, but it’s the nature of a 24/7 business, and the fact that the airport has many vocal detractors. The comms team tends to be split 60/40 on reactive and proactive issues respectively.

Obviously we’ve been working a lot on issues around [the airport’s] expansion and third runway, but there are any number of crises and things that need a reactive response on a daily basis. Plus, a lot of work has been done to stay out of the election, but that's because a huge amount of work has gone on to make sure the public and politicians knew their position on hot topics like carbon emissions and expansion.

NM: We're actually being proactive in trying to keep Heathrow out of the election debate, which is quite an interesting strategy. No all proactive activity is about securing press coverage. So not turning the third runway into a political football will be successful if there’s zero coverage. Our view is that parliament voted overwhelmingly for expansion so there is no role for them now in the process.

How challenging was the campaign around the airport’s third runway expansion?

NM: We were told over the past seven years that we never would get support. To prove naysayers wrong in very positive way was great. One of the first things we did was to go around the regions of the UK to discuss the role Heathrow played in supporting jobs in areas like the Scottish Highlands. We needed to educate politicians and the public about that.

In many ways we didn’t realise how important we were. It’s now in the legal and planning process, so we just need to crack on.

Where do you agency partners fit into this success?

JR: Our new roster of consumer PR agencies features Inkling, Kindred and The Academy. For public affairs and corporate comms our retained agencies are Portland and Stonehaven. I look for an agency that has experience in digital, influencer and content creation, and how it can target specific demographics and audiences. Ultimately, it’s down to chemistry.

NM: Both our public affairs agencies have been with us for more than four years; we recently went out to tender and they both won. I really have to praise their integrated approach to the third runway campaign. They both have good contacts, knew how to speak to the UK’s different regions, and understood life outside the Westminster bubble. As Brexit has become more of an issue it’s good to be aware of what goes on in Brussels, and have a voice.

What practices are in place that allow the comms team to manage the pressures of a 24/7 environment?

NM: Admittedly, a few years ago some of their practices where not in the right place. Now we have more agile working where team members are encouraged to work at home or remotely one day a week to help with work-life balance. Plus we monitor stress levels with a ‘temperature check’.

We’re aiming for about a five [out of 10 stress level]. If they are at eight or nine, it’s maybe OK for a week, but if it’s more than that we need to look at how can we help relieve some of that workload and prioritise. It’s about proactive management and leadership. Because we’re a 24/7 business, we have on-call rosters where members are assigned roles, with team-leaders expected to stay within 90 mins of the airport to be on-hand in a crisis.

It’s exciting. I think everyone expects it’s going to be busy, and that’s what attracts them to the job. Where the team have a busy period they get that time back, off in lieu, so they can recharge and recover. You can see results in terms of output and productivity; focus on your team’s needs and those people will be happier.

Does the potential for drones on site add a new dimension to your crisis planning?

JR: People always think there is a rivalry between us and Gatwick, but I was on the phone to my contemporary over there and there was a real solidarity. It was really stress-testing the crisis comms we have in place, but the whole business rallied around to provide the support we needed to get the job done.

NM: It was something that was in our crisis playbook that includes about 20 scenarios that the team acts out on a regular basis. After Gatwick we looked and revised our plans across all our different channels, but we do a lot of exercises – some on desktop, some live simulation, some with other agencies – that involve media and politicians, airlines and the emergency services. If you look at when problems arise in these situations, it’s when you have different organisations putting out different messages, which leave employees and passengers confused. 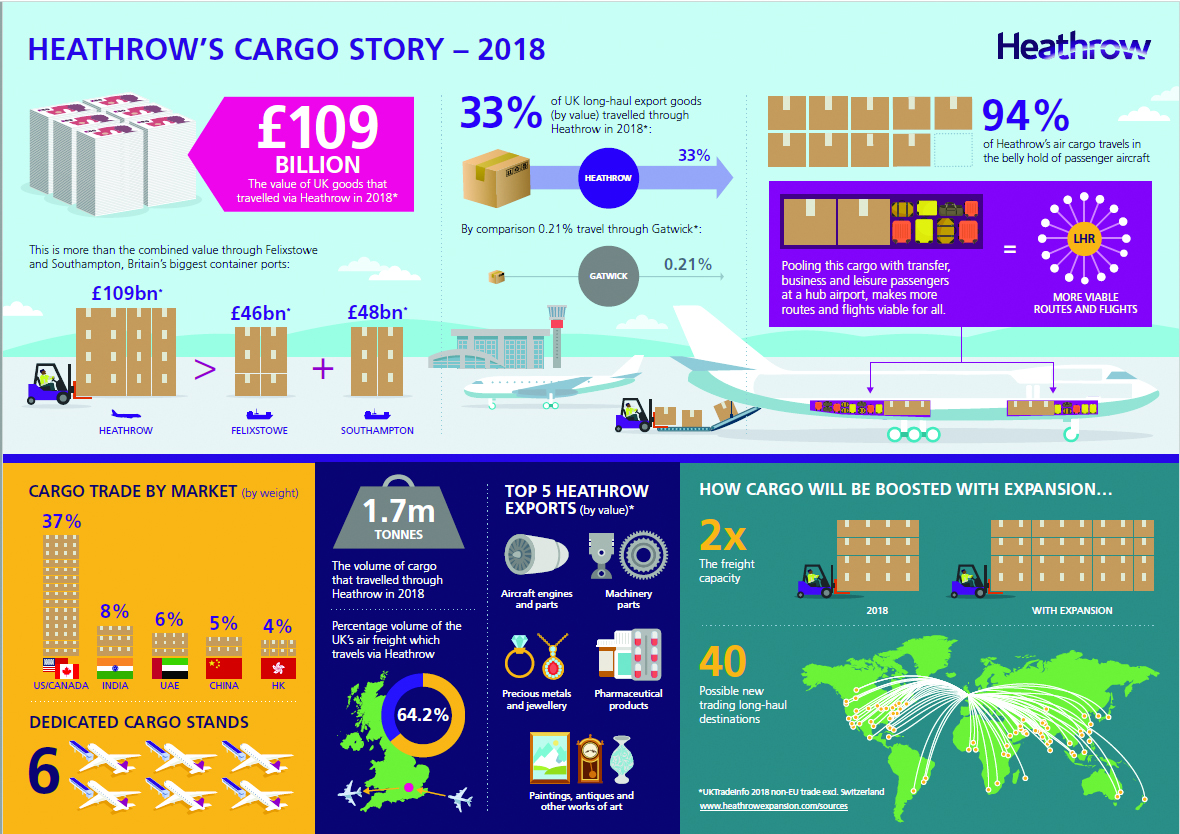 What are the big comms challenges that lie ahead?

JR: Maintaining the balance between a happy and healthy team, because 2020 will be pivotal. Making sure the team is adequately resourced and supported in working for the brand, and communicating the building work and infrastructure project as it gets under way.

NM: Carbon emissions has always been an issue for the business and now it’s higher up the agenda, but people are always going to want to fly. So as communicators, it’s our job to listen to what the government and public are saying and not only be a part of the conversation, but take a leading role.

Climate change is just another way for communications to be influencing at the top table. It’s not just commercial, but has reputational impact; and because of how successful we’ve been, the credibility of the comms team is really high, so we can influence that corporate strategy. That’s what good comms teams should be doing.

NM: As an international hub for UK exports, the uncertainty around Brexit will bring its own challenges for the business in terms of immigrations laws, customs checks and cargo, duty-free, recruitment and tourism.

We need them to think positive – for exporters, we want them to feel Heathrow is their gateway to the world, and for the tourism industry, we’re their front door. Whether they leave or arrive, that door has to give a good first impression.

So whatever lies ahead, we’ll continue to project the brand as a national asset as we move into the next decade.