PRWeek's five favourite campaigns in December was eventually won – with more than 600 votes – by London Sleeps, a silent campaign filmed on Christmas Day to promote the Museum of London's Oral History collection, by The Unmistakables.

In a close second, with 342 votes, was British Airways Holidays' Clever You campaign, which focuses on the competitiveness sometimes found in conversations around holidays, and the difference between social media and what people really want. 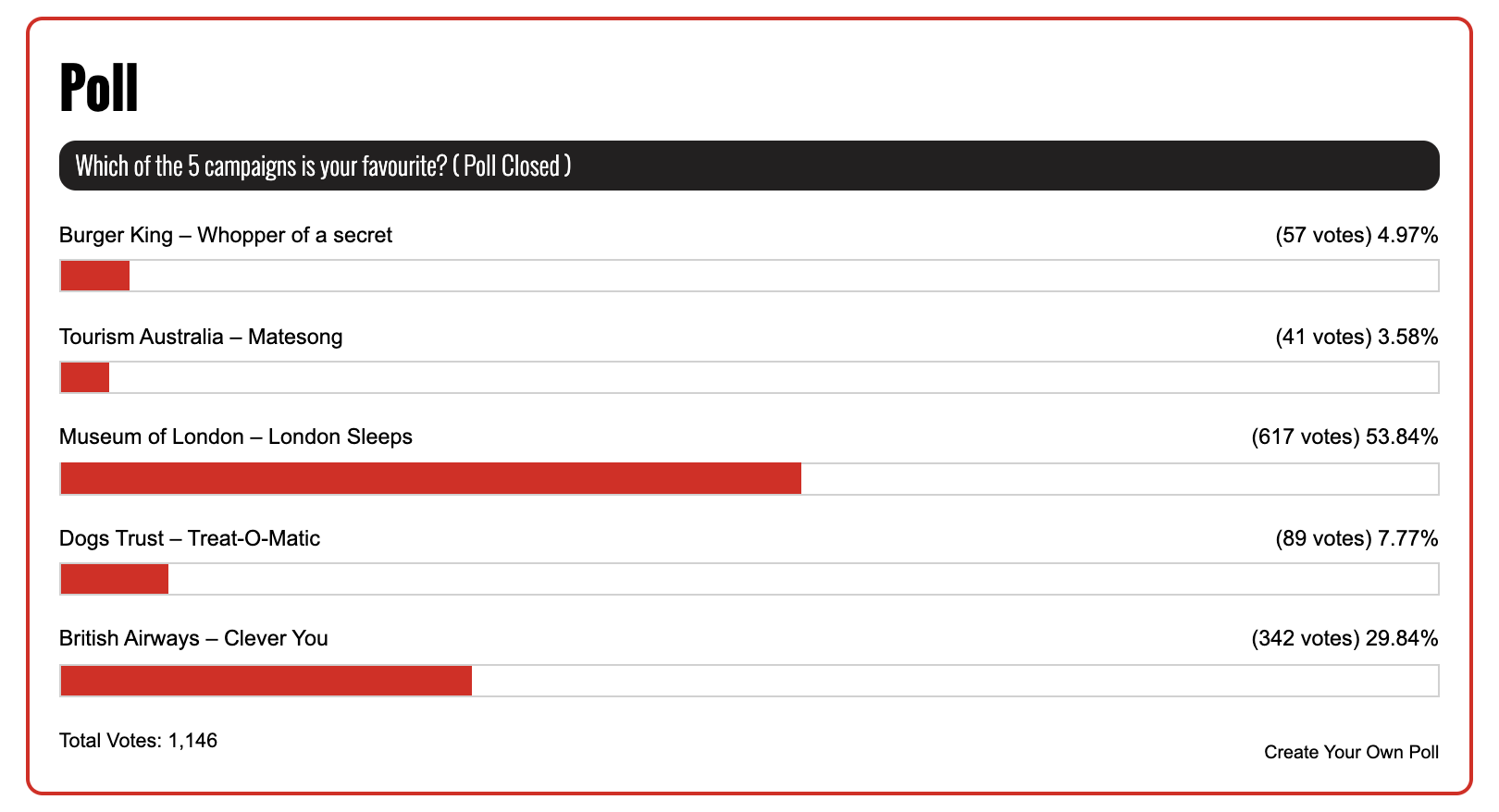 This video for the Museum of London uses scenes of near-silent London on Christmas Day to showcase Christmas from a different perspective.

The campaign is to promote the Museum of London's Oral History collection, which contains more than 5,000 hours of recorded life-story interviews, including a variety of people talking about their everyday experiences in the capital.

In case you missed it: Five Christmas Campaigns We Liked in 2019: your winner revealed