Some of the UK’s leading consumer PR agencies, including The Romans, Taylor Herring, Hope&Glory, Tin Man, Manifest and potentially others, have been embroiled in the Google search ads scandal.

When searching for these agency brands, ads appeared with the with their brand in the heading alongside links and ad copy for PrettyGreen (see above).

The Romans co-founder and ECD Joe Mackay-Sinclair labelled the tactics "unethical"; Taylor Herring CEO James Herring questioned whether the agency was "desperate"; while Hope&Glory co-founder and CCO James Gordon-MacIntosh said the stunt had made his team "chuckle".

Herring told PRWeek: "Google search bidding on competitor names is the kind of shady tactic you expect from car insurance brokers, loan hawkers and PPI collectors. Bit weird to see it going on in our industry."

PrettyGreen’s managing director Sarah Henderson told PRWeek that while she is not surprised by the "Twitterstorm" the ads have created, it was not intentional.

"We were recently testing Google dynamically generated search adverts, which automatically pull in a user’s search term into the ad’s headline. We had been assured that when these were set up they would exclude other agencies’ names; clearly this was not the case," Henderson said.

"The ads were immediately taken down once this was brought to our attention and were never intended to mislead or trick anyone into thinking they were clicking through to another agency. Lesson learned."

An earlier tweet from PrettyGreen’s Twitter account appeared to make light of the backlash, tweeting: "Apologies to any agencies who didn’t get their dynamic headline, we love you all, happy to send you a mocked-up version if it helps."

It’s not the first time agencies have been accused of buying Google search ads against rival agency brands.

In 2005, Shine Communications appeared next to a search for ‘Frank PR’ on Google Adwords, Cicero 'sneered' at rivals using Google search, while in another case an agency called Kisscom once appeared on ads for ‘Ready10’.

The legalities of bidding against a competitor’s brand are hazy.

Google lifted a ban on bidding on competitors’ branded keywords back in 2008, according to an article in SearchEngine Journal.

"Since then it’s been completely acceptable to bid against your competitor’s brand, as long as you don’t mention their trademark name within your ad copy." 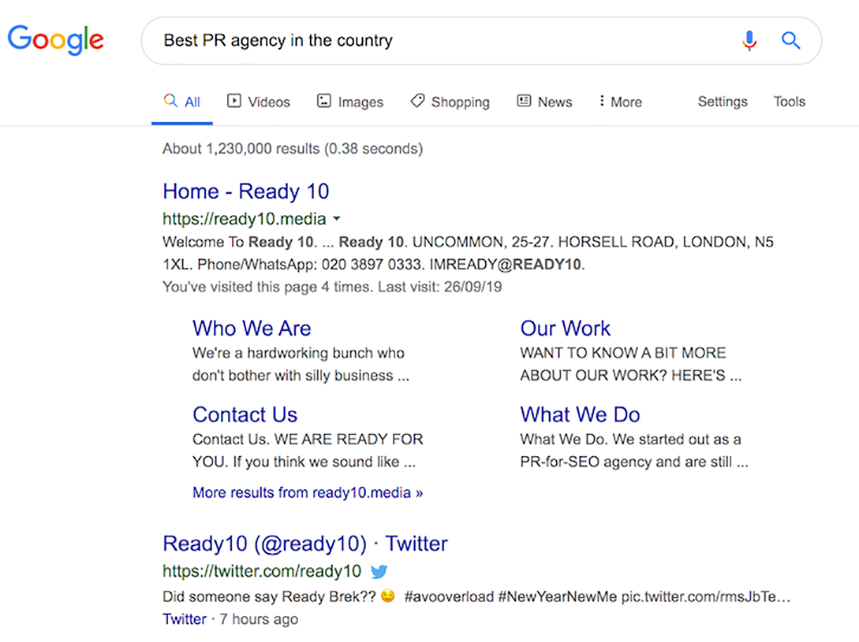 Meanwhile, Ready10’s associate creative director Greg Double pointed out that PrettyGreen had already had these tactics used against them... 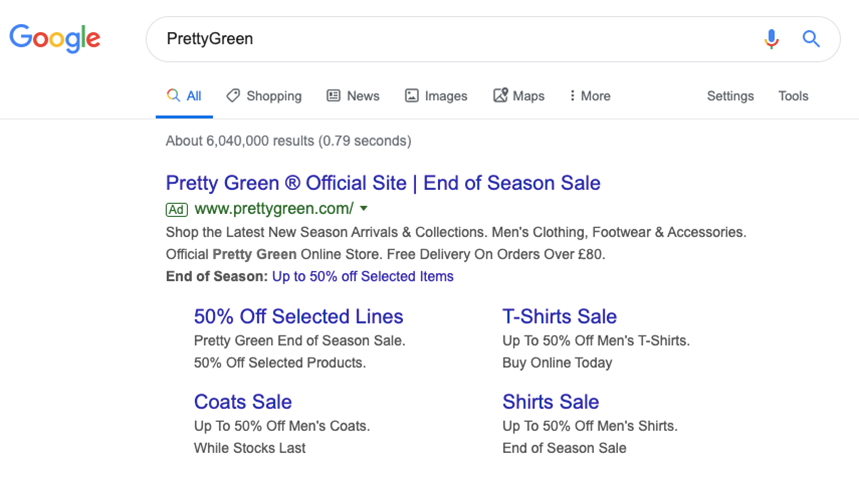