As a creative, you have to constantly be aware of culture, trends, and the world around you. You have to be open to inspiration. Seeing all sides without bias. When I last saw Dave Trott (the Yoda of the ad world) speak at the D&AD festival, he was asked where he found creative inspiration. He said: "Take your headphones off and observe the real world."

We are so preoccupied with tweeting, texting and TikTok-ing that we don’t give ourselves the time to think. That said, keeping my headphones on has also inspired me. I’ve always loved reading everything I could lay my hands on, but walking through London while trying to read has its downsides. I’ve literally walked into people down Oxford Street, reading their Kindle.

But with the magic of Audible audiobooks, I've been negotiating rush hour, listening to 21 Lessons for the 21st Century by Yuval Noah Harari. He questions and tries to make sense of the technological, political, social and existential issues that challenge our world. I've been equally riveted to Creativity, Inc., Ed Catmull's inspiring story of building the world's greatest creative animation studio, Pixar – with his ethos of achieving creative success through failure.

And I've even ridden a bus to Victoria learning that we really should fear a robot uprising, while listening to Artificial Intelligence: Friend or Foe by Geoff White and Bernard P Achampong.

With my headphones still firmly pressed into my ears, Netflix has also helped take the edge off my daily rail commute, while giving me a creative boost. Although I could quite easily sit and watch B-grade sci-fi all day long, I've actually been watching documentary series The Movies That Made Us. Understanding how some of the most iconic box-office hits were made is awe-inspiring.

Through the process of collaboration, pure luck, tenacity, and a lot of mistakes, creativity was born. Oh, and getting to see why John McClane said: "Yippee-ki-yay…"

Film, and the people who create it, have always inspired me. Just when you think it's all same-same, they are just making remakes, Todd Phillips, the director of The Hangover – yes, The Hangover – unbelievably creates The Joker. An origin story that darkly reflects how badly society treats the vulnerable, with sublime cinematography and acting to boot.

And director Sam Mendes goes and finds a new way to get us back into cinemas with camera wizardry by shooting his new epic 1917 to appear as if it’s been created entirely in one shot.

Still glued to my mobile, I am obsessed by 'the makers' on Instagram. As a practising artist dabbling in paint, watching videos of brave artists putting their talents out there for the world to see makes me want to break out a fresh canvas.

Makers like @inkmonkeyhope and @vicleelondon, who ink stories in the form of comics and murals without colouring outside the lines; and concept sculptors @spiderzero and @maquette_clay_sculpting, who deftly turn lumps of clay into out-of-this-world creature designs.

These amazing talents drive my thirst for creative excellence.

And when it all gets too serious, I just take off the headphones, take a time-out (thanks Dave Trott), and read a little @moderntoss to put the world into perspective. 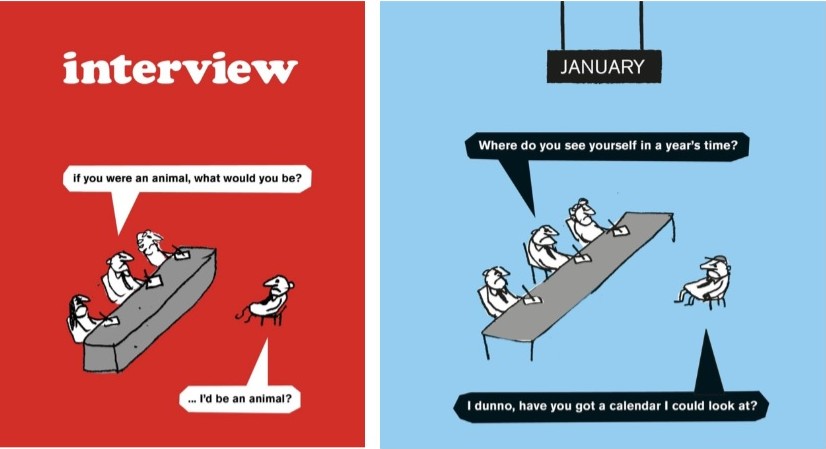