Julie Inouye’s side hustle for the past few years has been managing her young daughters’ Instagram handle @PaperCrayons. In her spare time, she can be found styling and shooting photos of the 5 and 7-year-olds, sometimes in partnership with small retailers.

That was her creative outlet during her time as director of corporate communications and marketing at LinkedIn, where she worked for the past eight years.

"It allowed me to spend time with my girls on the weekend in a fun way, but also to capture moments with them and do something totally different, which was to work with small shops and take photos that allowed us to be used on their handles," says Inouye.

While she posted the images on Instagram, she used VSCO to edit them. She wasn’t familiar with the app beyond using it as a utility. But when she saw VSCO was looking for its first comms head, she met the team and discovered there was so much more "under the hood."

There is this vibrant, thriving community and social aspect to the product I hadn’t quite tapped into.

VSCO is a mobile app for iOS and Android devices that enables users to edit photos using preset filters and editing tools. But it is also a social network.

"There is a community around it that helps you keep creating and inspires you," says Inouye. "The product is unique in that it doesn’t offer public likes, counts and comments, which changes the intent behind why someone would want to use VSCO versus another platform."

Inouye joined VSCO in June 2019, at a time of unprecedented growth for the company. The app has been around since 2011, but only recently started making headlines. It now has 40 million monthly users and 20 million weekly active users.

VSCO’s subscription service, which launched in 2017, surpassed 2 million subscribers at the end of 2018 and was on pace to nearly double in 2019, Inouye notes.

The app’s social features have aided its growth. But so has the public’s dependence on camera capability. Inouye says the fact the majority of Apple’s recent new product press conference focused on the phone’s camera capability is a good sign for apps such as VSCO.

"It’s so normal now for the camera to be a central decision factor [when purchasing a phone]," she explains. "That’s good for our company because more people are going to be creating and taking photos and videos and doing things with those assets."

Even though the app has exploded in popularity, many still need to be educated on what it actually is, how to use it and even how to correctly pronounce its name (Visco).

Hence why Inouye was brought on as the app’s first VP of communications, reporting to cofounder and CEO Joel Flory.

Via email, Flory calls Inouye a "strategic force" who has moved quickly with thoughtfulness to bring VSCO front and center, rallying its employees and the community along the way.

"[Inouye] has become a trusted thought partner to me personally in her short time at the company, and her innate ability to navigate and realize what’s possible for VSCO is a tremendous asset to the business," he adds. "I couldn’t be more excited for what comes next as she continues to grow her team and build out the comms function." 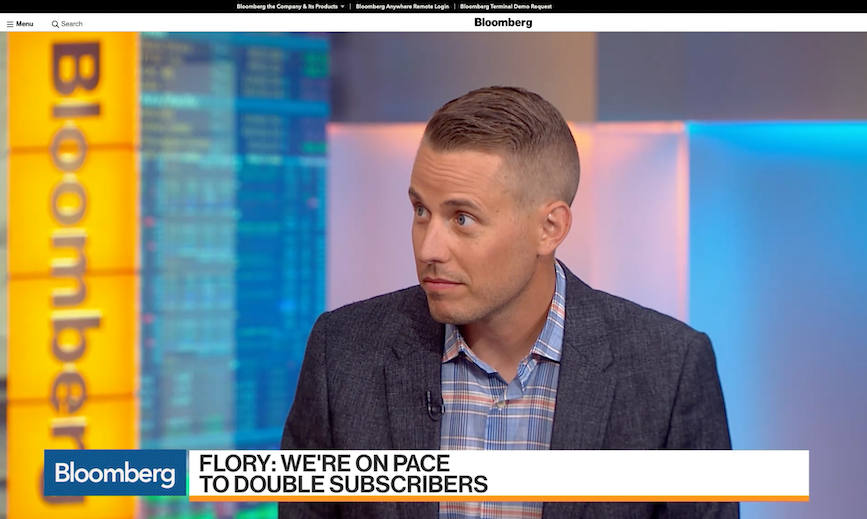 VSCO is headquartered in Oakland, California, and just announced the opening of a second office in Chicago. However, 80% of its users reside outside the U.S. In terms of active users, APAC leads with 39% of VSCO’s community, then North America, Europe and South America.

"I want to hire seasoned people who can be thought partners with me and help me build out the narrative over two to three years, not just the next six months," she says.

Inouye left LinkedIn because she wanted to be in on the "building phase" of a company again and help it through big inflection points. When she joined LinkedIn it had 800 employees and she was the second hire by the comms head. Its headcount now stands at 15,000.

"I’ve had this unique opportunity to see how you build a function and take a company through incredible growth and hyper growth, from being a private company to public and then being acquired again," Inouye explains.

Two weeks into starting at the company, the VSCO Girl meme took off. The definition of a "VSCO Girl" has been somewhat of an enigma in pop culture. Even Inouye is reticent to have a go at explaining what it is. "Go to Urban Dictionary," she says.

The top definition on the crowdsourced website describes the persona as "an eighth grade girl that was the love child of Snapchat and Tumblr. This species of little shit can be seen at your local Starbucks with a metal straw, a scrunchie, a signature Hydroflask and a big crater on the side of their head."

Inouye notes there is already enough pressure and labeling of what girls should and shouldn’t be. "We don’t want to be another voice in the mix telling them what to be labeled as," she says.

Instead, VSCO focuses on the fact girls on the platform are creative, diverse and speaking up about matters important to them, such as being environmentally conscious. "We celebrate VSCO Girls, but VSCO the brand is not going to go out there and create a starter pack tied to VSCO Girls," Inouye explains.

What is apparent is that girls labeled as such are proud and owning it, something Inouye notes is indicative of the "safe space" the platform provides where users can just be themselves. On platforms such as Instagram, Snapchat and TikTok, users project a highly curated view of what the world wants to see of them. On VSCO, the aperture is how the user sees the world, she explains. VSCO images are more like a work in progress, with users posting five pictures of the same moment in time. 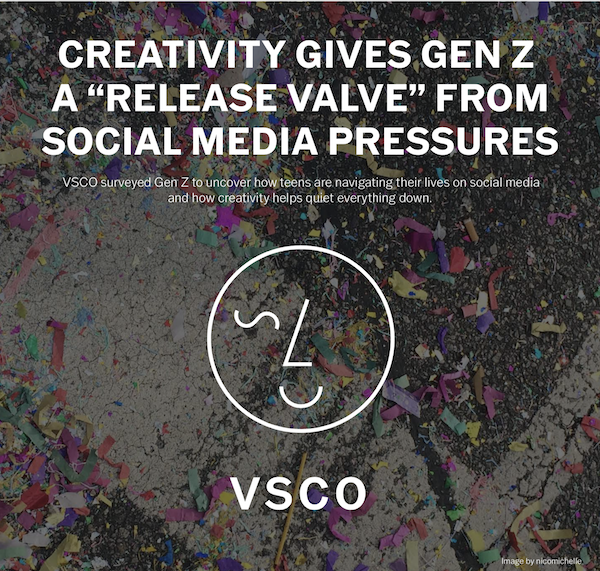 The VSCO Girl fad was the start of a much larger conversation as a PR person and as a company. Inouye had to figure out how to engage with the meme.

"The goal was using the opportunity to talk about how teens love VSCO," she says. "Teens are coming to VSCO every day, so it’s no surprise memes are taking off and trends like this are happening. We also need to have a longer conversation with folks about why."

Looking at VSCO’s overall community, 75% of users are younger than 25. The platform released its first mental health study in September focusing on how social media pressure effects Gen Z.

One stat that stood out to Inouye is that 96% of respondents acknowledge the negative impact of social media on their mental health.

"When I think of mental health, it is so taboo," she says. "But Gen Z is equipped to describe how they are feeling, what they need and how to navigate it. They are probably better equipped than we are and other generations."

Over half of those surveyed said they carve out time during their day to invest in creativity, because they see it as a release valve. For Gen Z, it is less about avoiding social media and more about creating space for other things so they don’t worry about the pressures of social media, says Inouye.

VSCO has been built purposefully with "no mechanism to be negative," she adds. Other platforms can quickly bring someone’s mood down with something as simple as a negative comment.

"With VSCO, there are only reinforcement gestures," Inouye explains. "The only way you can interact with content on VSCO today is to favorite something or republish it. Both those actions are very encouraging gestures."

Additionally, engagement is not publicly listed; it is only visible to the person who posted the photo.

Because Gen Z makes up the majority of VSCO users, the next step is reaching out to parents to educate them about the app and give them guidance on how to help young VSCO users, says Inouye.

Inouye can draw on her own experience for this purpose, which has been supercharged since she started working for the company.

"I find myself capturing and posting moments on VSCO I otherwise would not share publicly," she says. "It has been freeing as someone who doesn’t consider themselves a professional ‘creative’ to feel creative in my day to day."

And she wants her daughters to take on the positive elements of VSCO Girls.

"Trends will come and go but the most important thing is that my daughters feel supported to explore who they are and who they want to be," Inouye explains.

"One of the wonderful things to come out of the VSCO Girl meme is this generation’s sense of empowerment and self-awareness. If my daughters grow up having this strong sense of self, I’d consider that a great thing — with or without the scrunchies."

Inouye’s nickname in the industry is the "quiet PR storm."

"In the first two months I came to VSCO, I didn’t want to say, ‘Here are the five things we need to do,’" she explains.

Inouye believes that, as a comms head, it is imperative to listen, absorb and understand before just jumping in and guiding the ship.

She earned her nickname in her agency days, working at Porter Novelli and APCO Worldwide. During her time there, Inouye says she would "come full force and you wouldn’t know it until it sort of all happened."

Taking that approach has served Inouye well throughout her career. "I’m always absorbing and learning and processing," she notes.

To support her efforts, VSCO works with Next Fifteen shop Archetype. M. Cader PR also started working with the app last summer, specifically reaching out to morning shows and helping VSCO build out education for parents.