The first hint that the status quo – e.g. respected traditional media outlet requests, and is then granted, an interview with a party leader – might be under threat was in the wake of Jeremy Corbyn’s bruising encounter with fearsome BBC political interviewer Andrew Neil.

When will Johnson face the same forensic interrogation, asked the public? 'Never', was the answer from Team Boris, despite the interviews with other leaders already in the bag.

Could it be that Johnson’s team was actually going to risk refusing to be interviewed with the accompanying charge that he was afraid of scrutiny? Well, yes actually.

Laura Sainsbury, chair of Women in Public Affairs and board member of Labour in the City, says: "What might be dodgy political practice – appearing to avoid scrutiny – is at the same time good communications management. Would you put your CEO in front of Andrew Neil? Unlikely."

As the six-week campaign wore on, Channel 4 News invited all party leaders to take part in a one-off debate to discuss climate change.

All agreed except Nigel Farage for the Brexit Party and Johnson.

Johnson sent his deputy, Michael Gove, in his place armed with a camera crew and he attempted to persuade the broadcaster he should take part while creating a piece of viral content about the inevitable refusal, to show Conservative supporters online.

Channel 4 not only refused; it opted to put melting ice sculptures on two podiums to represent Johnson and Farage.

For Craig Oliver, former director of comms to David Cameron, this campaign should be instructive to a media struggling to adapt to the new normal in political reporting.

He says: "The truth is the parties now have the cheat codes for dealing with broadcasters. For years they have understood that in many circumstances they have the power to say no – and there isn't a thing the broadcasters can do about it.  When they try – like replacing Boris and Farage with a melting ice sculpture – they get drawn into a row that leaves them looking just as petty."

Halfway through the campaign, it emerged that The Mirror had been banned from Johnson’s campaign bus as it toured the country because of negative coverage of the Conservatives’ record on the NHS and the government’s response to the flooding, which preceded the campaign.

Once again, this was an unprecedented moment in political media relations.

Under New Labour, it would have been unthinkable to ban the Daily Mail - the government’s sternest critic - from the campaign bus. But did this naked attempt to eschew the scrutiny of its critics have any effect on the choice of voters? Did the Yorkshire Post’s story of a sick boy lying on a hospital floor due to a lack of beds - picked up and amplified by The Mirror – move the needle?

The election result tells us emphatically that it did not.

Meanwhile, the debate over the Neil interview rumbled on, with Johnson’s former boss publically calling him out on television in a piece to camera during which he joked he had an oven-ready interview and heavily implied the Prime Minister was ‘frit’ for not taking up the offer.

So where does this leave the media and Johnson? Oliver says: "The media can sound entitled and appear navel-gazing; undermining its own point about scrutiny of politicians by talking about itself. That said, it's not a great look for Boris… he and his team are flirting with trouble." 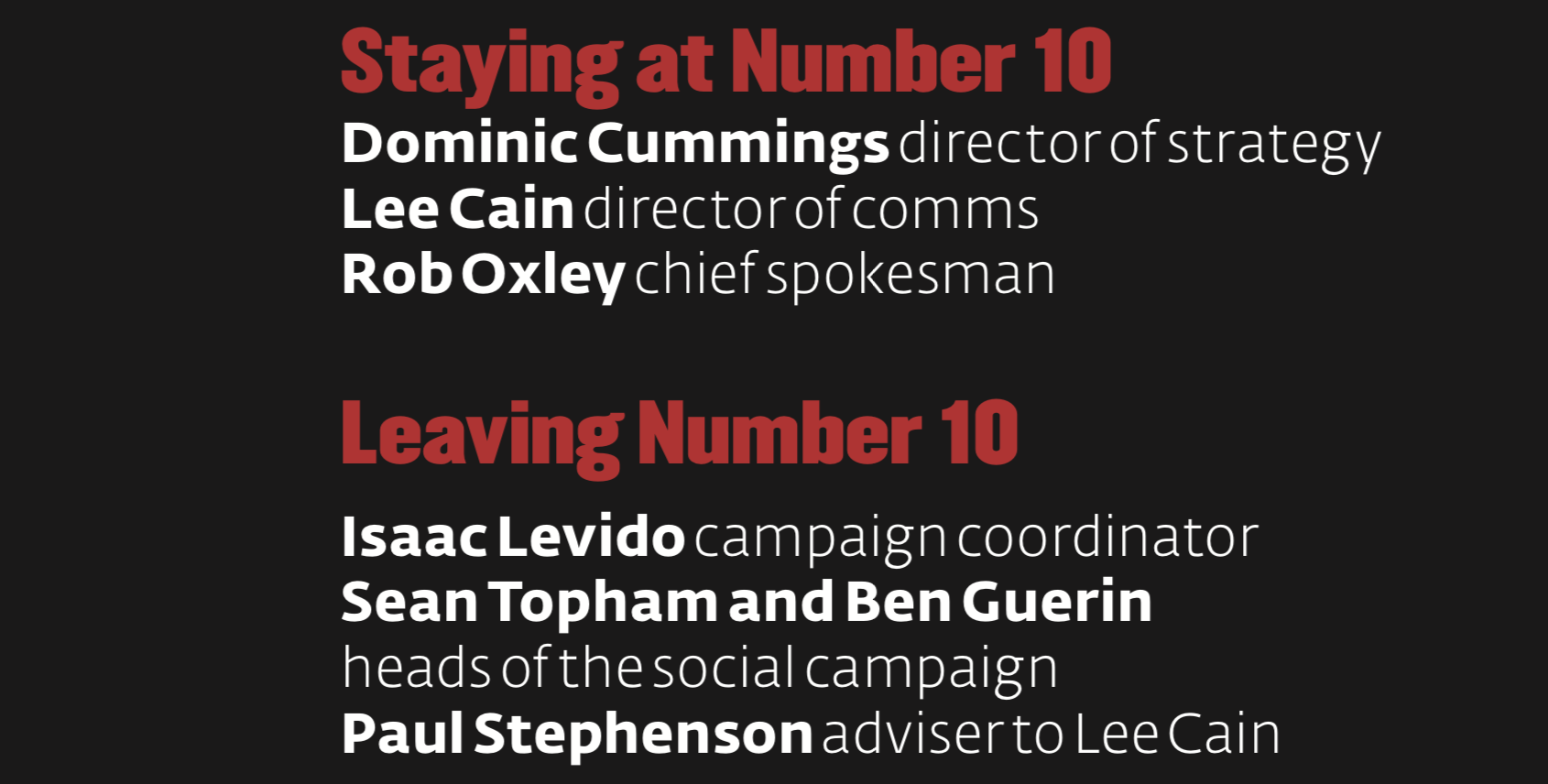 The Number 10 comms team moves into 2020 with the confidence that it has not only won the political argument but that scrutiny by the media has been effectively neutered.

Until then, this is the new normal, thinks Nick Williams, director of issues and public affairs at BCW and former adviser to Labour under Tony Blair.

He says: "The accepted 'norms' of UK general elections have gone. A PM can survive with little impact by refusing to be interviewed by Andrew Neil – who then undertakes a three-minute monologue accusing him of being a coward."

Who's in and who's out in the Number 10 comms team following the election?